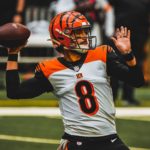 Photo courtesy of Cincinnati Bengals The Cleveland Browns and Tampa Bay Buccaneers not only ended the NFL's two longest playoff droughts this season, but they won playoff games to advance. On Saturday night, Tom Brady passed for 381 yards to lead Tampa Bay past the Washington Football Team in the NFC Wild Card game, 31-23. It served as the Buccaneers' first playoff victory … END_OF_DOCUMENT_TOKEN_TO_BE_REPLACED 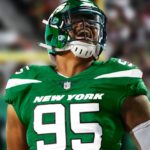 Photo courtesy of New York Jets The NFL playoffs got underway over the weekend with some pretty exciting football action. The expansion from 12 to 14 teams was a glowing success for the league. Despite more teams being included in the postseason, some fan bases have been waiting a while to see their team in the playoffs. The NFL's two longest playoff droughts were ended this … END_OF_DOCUMENT_TOKEN_TO_BE_REPLACED 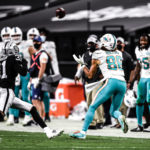 Photo courtesy of Miami Dolphins One win. That's what now separates the Miami Dolphins from a playoff spot. The Dolphins moved to within a victory of the postseason on Saturday night with one of the more improbable wins in team history -- a 26-25 win over the Las Vegas Raiders. Las Vegas kicked a short field goal with 19 seconds left to take a 25-23 lead and the assumed … END_OF_DOCUMENT_TOKEN_TO_BE_REPLACED 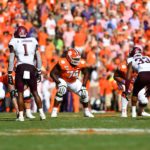 With the 109th overall selection, the Las Vegas Raiders selected Clemson Guard John Simpson. Scouting Report Simpson started 29 out of a possible 30 games at left guard for the Tigers. He was a third-team All-ACC selection in 2018. While in his senior year he earned first-team all-conference selection, second-team Associated Press All-American honors. Simpson only played in … END_OF_DOCUMENT_TOKEN_TO_BE_REPLACED 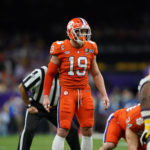 Photo Credit: Clemson Athletics With the 100th pick in the third round of the 2020 NFL Draft, the Las Vegas Raiders selected Clemson safety and linebacker Tanner Muse. A third-team All American honoree by the Associated Press, Muse was as productive as they come in 2019. Muse finished last season with 55 tackles (6 tackles for loss) and four interceptions. Muse finishes … END_OF_DOCUMENT_TOKEN_TO_BE_REPLACED