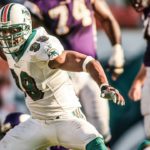 Photo credit: Jon Way/Associated Press/Miami Dolphins For the Miami Dolphins, the 2006 season was hardly one to remember. In what would be the final of two seasons under head coach Nick Saban, the Dolphins went just 6-10. The problem that season however, was not the defense. Statistically, Miami ranked in the top five defensively in the NFL and made a ton of plays. On this … END_OF_DOCUMENT_TOKEN_TO_BE_REPLACED 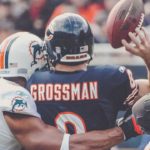 Photo courtesy of Miami Dolphins Ask anyone about the Miami Dolphins' defeat of the undefeated Chicago Bears and it's the 1985 Monday Night Football contest at the old Orange Bowl that comes to mind. That however, isn't the only time that the Dolphins have ruined the Bears' hopes of a perfect season. On this day 15 years ago, a struggling Miami team went to Chicago and … END_OF_DOCUMENT_TOKEN_TO_BE_REPLACED