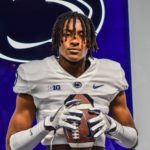 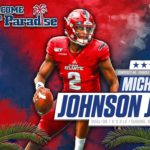 Photo Credit: Michael Johnson Jr./Twitter After not adding a quarterback during the Early National Signing Day period, Florida Atlantic will have another quarterback next season. On Wednesday, Penn State transfer Michael Johnson Jr. announced his intentions to transfer to FAU. Johnson, who will enter Boca Raton as a redshirt freshman, entered the transfer portal in June, … END_OF_DOCUMENT_TOKEN_TO_BE_REPLACED 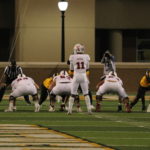 Photo Credit: FAU Athletics Remember when the expectations were high for Florida Atlantic before the season began? It seems like an eon ago (it was really only a few months ago), but that same point comes in handy now. After a 45-31 loss to Southern Mississippi in the final game of the regular season, those same expectations have been brought up, and, to an extent, rightfully … END_OF_DOCUMENT_TOKEN_TO_BE_REPLACED 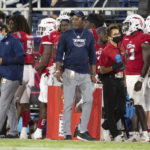 Photo Credit: FAU Athletics Unacceptable. That was the first word that came to mind to explain Florida Atlantic's offensive performance against Georiga Southern. FAU struggled against Georgia Southern in nearly every way possible. The play calling was rough, and the execution wasn't much better. Simply put, the FAU offense didn't play well enough to win. Any time you turn the … END_OF_DOCUMENT_TOKEN_TO_BE_REPLACED 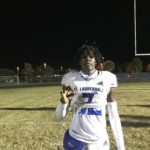 Photo Credit: Kevin Fielder/Fifth Quarter When the early signing period opens up on December 16th, Florida Atlantic will earn the signature of at least one new offensive weapon. Jahmal Edrine, a wide receiver from Ft. Lauderdale High School, is set to sign with FAU in December. Edrine is also set to enroll in January, the earliest high school recruits are able to … END_OF_DOCUMENT_TOKEN_TO_BE_REPLACED