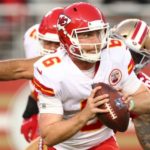 Photo courtesy of Andrew Mather/Kansas City Chiefs Of the 20 former SMU Mustangs currently in the NFL, 16 saw the field in Week 1 of the NFL preseason. Let's take a quick look at how each of them performed: Kelvin Beachum, Jr. - Arizona Cardinals, T Beachum saw 16 snaps' worth of action against the Dallas Cowboys. He was the highest-rated Cardinals' lineman. Where he … END_OF_DOCUMENT_TOKEN_TO_BE_REPLACED 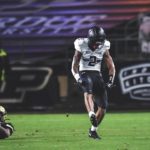 Photo courtesy of Northwestern athletics Don’t look now, but the NFL Draft is coming and it’s coming fast. Less than a week currently separates teams from meeting their newest members. In what will be a 3-part series, we’ll be putting together a mock draft for the first round. On Thursday, we projected the first 11 picks of the draft. On Friday, it was pick Nos. 12-22. The … END_OF_DOCUMENT_TOKEN_TO_BE_REPLACED 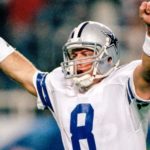 Photo courtesy of Dallas Cowboys Football season may be over, but it's never too early to start thinking about next year. The Tampa Bay Buccaneers won their second Super Bowl this past season while quarterback and MVP Tom Brady won his seventh. The Kansas City Chiefs became the sixth reigning champion to lose the Super Bowl. As fans and teams start planning for next season, … END_OF_DOCUMENT_TOKEN_TO_BE_REPLACED 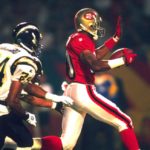 Photo courtesy of San Francisco 49ers Points are expected to be aplenty on Sunday as the Kansas City Chiefs visit the Tampa Bay Buccaneers in Super Bowl LV. Both teams ranked in the top 10 in the NFL this season in points per game. The teams both have former league and Super Bowl MVPs behind center in Tom Brady and Patrick Mahomes. We won't know the final score until Sunday … END_OF_DOCUMENT_TOKEN_TO_BE_REPLACED 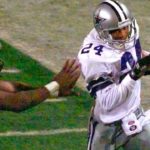 Photo courtesy of Dallas Cowboys Coming in, more often than not, it's the offenses and especially the quarterbacks that get the spotlight prior to the Super Bowl. That's again the case this year as Tom Brady will appear in his 10th Super Bowl -- this time as a member of the Tampa Bay Buccaneers. They'll take on reigning Super Bowl MVP, Patrick Mahomes, and the Kansas City … END_OF_DOCUMENT_TOKEN_TO_BE_REPLACED