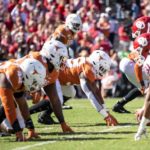 Photo courtesy of Patrick Meredith/Texas Athletics Remember when the (then) Pac-10 was looking to absorb roughly half of the Big 12 in 2011? The deal all but seemed inventible. Ultimately, it fell apart in the 11th hour after the Pac-10 would not allow Texas to have its own network, mas o menos. It appears "Texas is back" at the center of some potentially seismic realignment … END_OF_DOCUMENT_TOKEN_TO_BE_REPLACED 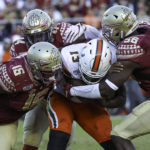 Photo courtesy of Jeremy Esbrandt/Florida State athletics Ever since conference realignment and expansion have become a large part of the news cycle, the movement of conferences to a more regionally central conference has taken storm. Although conferences are mainly sorted by region, some exceptions apply. West Virginia is in the Big 12 despite being over 1,300 miles away … END_OF_DOCUMENT_TOKEN_TO_BE_REPLACED 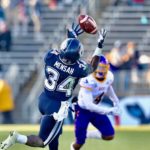 Since the University of Connecticut announced its departure from the American Athletic Conference and return to the Big East on June 26th, 2019, the conference realignment rumor mill has been spinning with renewed fervor. A few weeks later, AAC commissioner Mike Aresco said there were no immediate plans to replace UConn. These plans could obviously change if the conference … END_OF_DOCUMENT_TOKEN_TO_BE_REPLACED