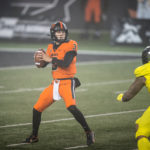 It’s that time of week again. After so many postponements, game time movements, and rescheduling later, we got there. After all, that was the majority of what happened this past week. We still had some great games though, and some teams that really stood out. Let’s look at them here with our top five performers from Week 13. 5. Iowa State For the second consecutive week, … END_OF_DOCUMENT_TOKEN_TO_BE_REPLACED 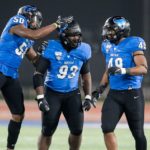 Photo courtesy of Buffalo athletics Your Wednesday nights just got a whole lot better. #MACtion is finally back and maybe better than ever! After becoming the first conference to postpone the 2020 season for the fall, Commissioner Jon Steinbrecher had a change of heart and decided to reverse course. The MAC (Mid-American Conference) released a 6-game schedule back on Oct. … END_OF_DOCUMENT_TOKEN_TO_BE_REPLACED

Photo courtesy of Buffalo athletics One of the toughest, yet arguably most important position groups in the country is the defensive line. Preseason position group rankings are extremely tricky because of the factors involved. The coaching at the particular school, along with the prestige of that school or coach, is critical when analyzing. Returning production is one of … END_OF_DOCUMENT_TOKEN_TO_BE_REPLACED

Photo courtesy of Washington Athletics Bowl season is upon us, which means the college football season is winding down. More eyes will be glued to television sets as the New Year's Six bowls, College Football Playoff and New Year's Day approach, but in the meantime, we'll look at what makes all the early bowl games intriguing. Here's a piece of intrigue for each bowl game … END_OF_DOCUMENT_TOKEN_TO_BE_REPLACED