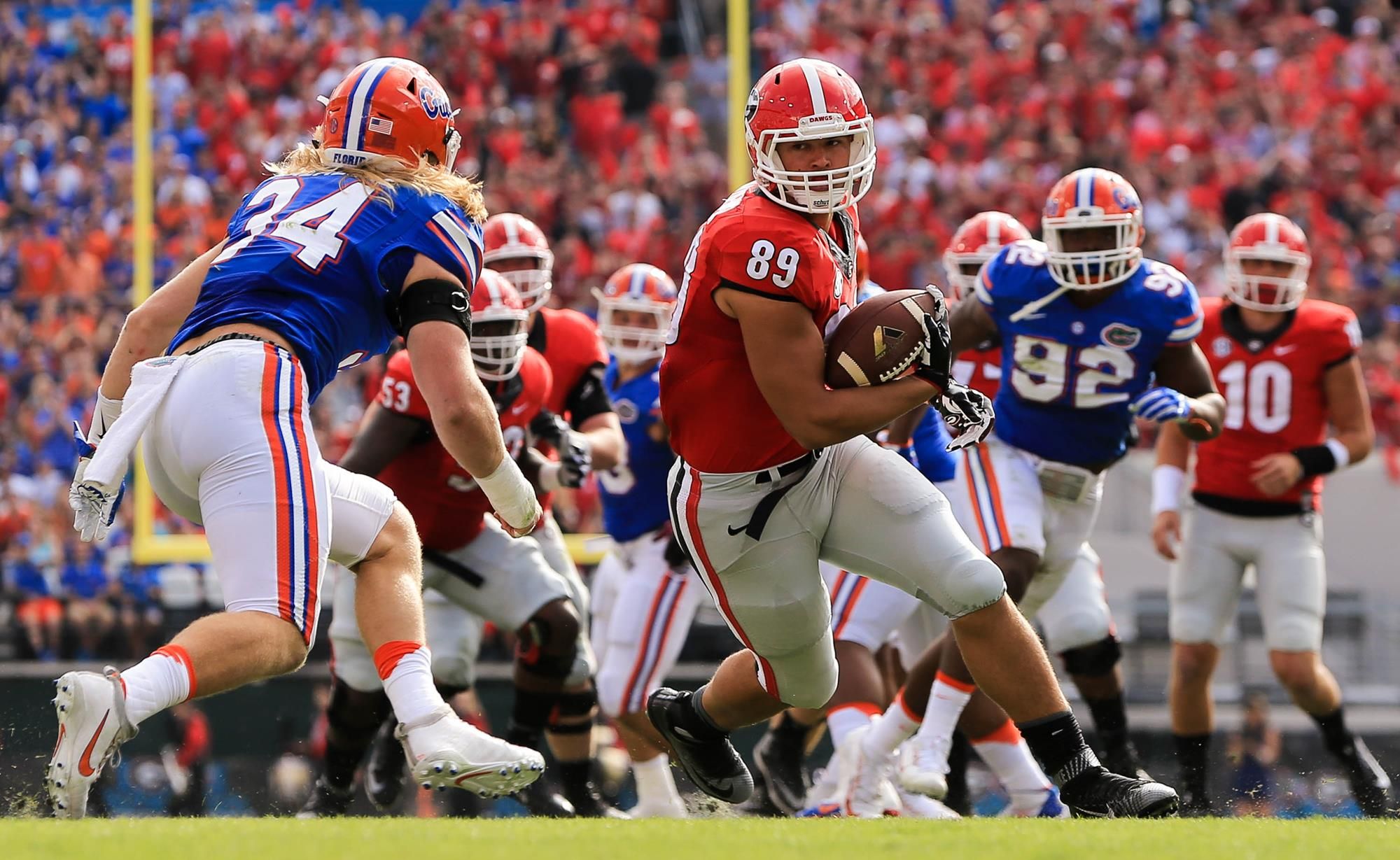 Over four years at Georgia, Woerner never played a full season, with nine games in 2018 being his career-high. While he never produced much over his first three seasons as a Bulldog, his senior season was his breakout season. He caught nine passes for 78 yards and his only touchdown.

He had two 100-yard seasons, in his sophomore and junior seasons. His career-high of 148 yards in his junior season. Woerner was a legacy at Georgia as his uncle, Scott Woerner was a Hall of Fame defensive back and helped Georgia win the 1980 national title over Notre Dame.

Hard-charging, pesky blocker whose lack of size and length make him a candidate for a move to fulltime fullback or H-back. Woerner simply doesn’t have it in him to give the defender a half-speed rep and he’s more than ready to collide into his target on iso-blocks or in space. He has the body control and radar to handle move blocking duties but lacks the physical traits teams seek. Woerner has some athleticism but was a relative non-factor as a pass-catcher and needs to stand out on special teams to bolster his chances.- Lance Zierlein, NFL Network

Woerner didn’t do much in college and was an extreme reach as he was projected to be a post-draft free agent. I don’t know why the 49ers took Woerner when Kenny Willikes was still available at defensive end and offensive tackle Prince Tega Wanogho from Auburn were still available.