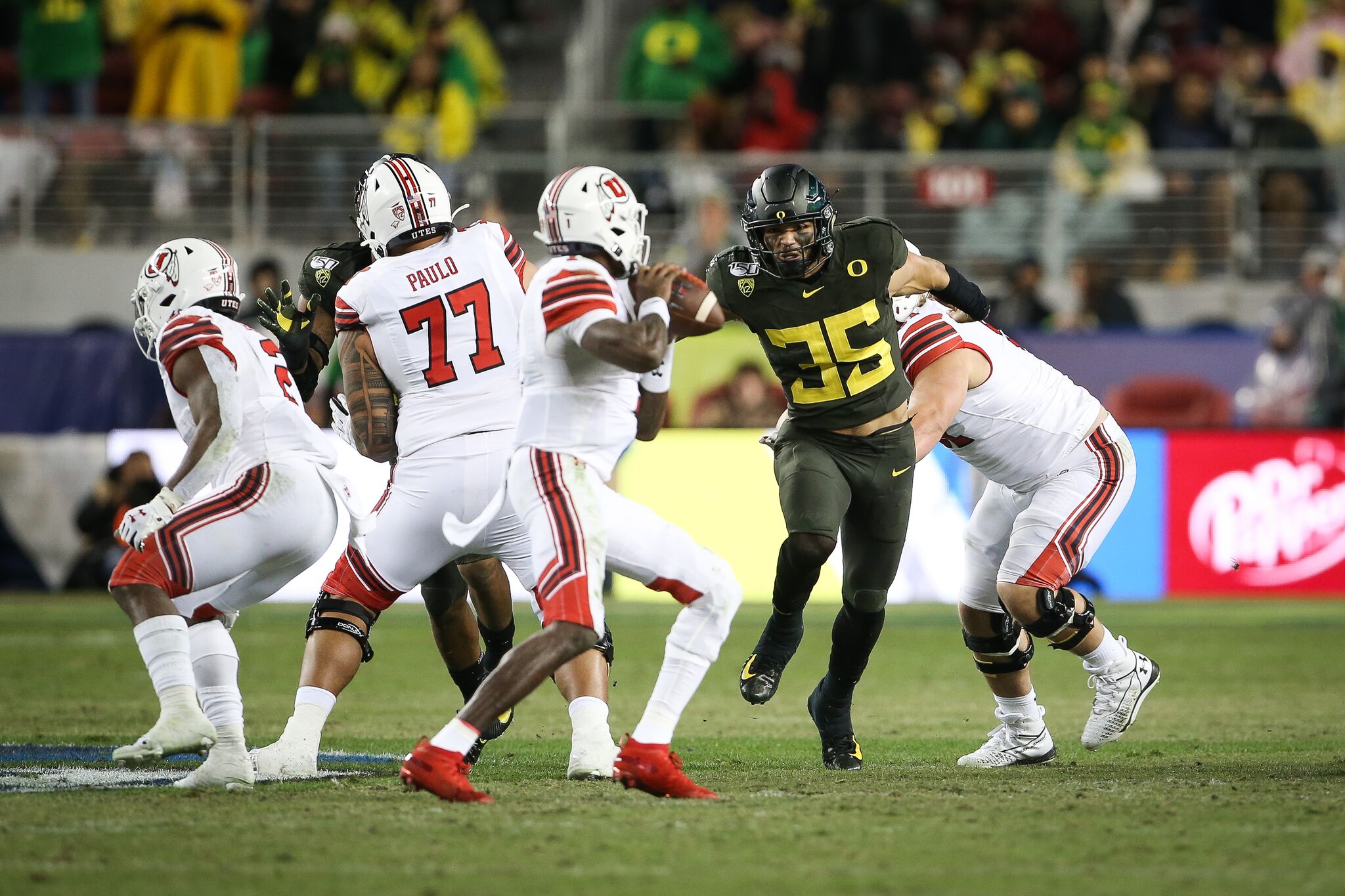 With the 132nd pick, Oregon linebacker Troy Dye was selected by the Minnesota Vikings. This is the first linebacker of the draft for the team in purple.

At Oregon, Dye played in 48 games for the Ducks. He amassEd 391 tackles and 42 TFL over the course of four seasons in Eugene.

Dye also racked up 13 sacks, and five interceptions and broke up 14 passes. He also forced four fumbles over the course of his four seasons. Dye’s 234 solo tackles are good for fifth all-time in the Pac-12. His 64 solo tackles as a junior are  the tenth most in the conference.

Dye’s 391 total tackles are good for third all-time in Pac-12 history. His 107 as a sophomore is good for fourth in the conference. Dye’s 42 tackles for loss give him the 18th most in conference history.

It’s easy to fall in love with the tackle production, football IQ and sideline-to-sideline range but his slight frame and difficulty keeping weight on could become a major stumbling block for him in the way teams view his pro potential. His skill set and recognition are best suited along the inside, but due to his size, he might need to ply his trade as an outside ‘backer in a 4-3 defense. He has three-down talent with the aptitude to cover or blitz and is in line to go from plus-backup to eventual starter if he can keep good weight on his frame. -Lance Zierlein, NFL.com

Dye is one of the best tacklers in Pac-12 and Oregon history. It’s a puzzle why he fell to the middle of the fourth round. The Vikings got a great value here for a player who could turn out to be a huge contributor for Mike Zimmer’s Vikings.