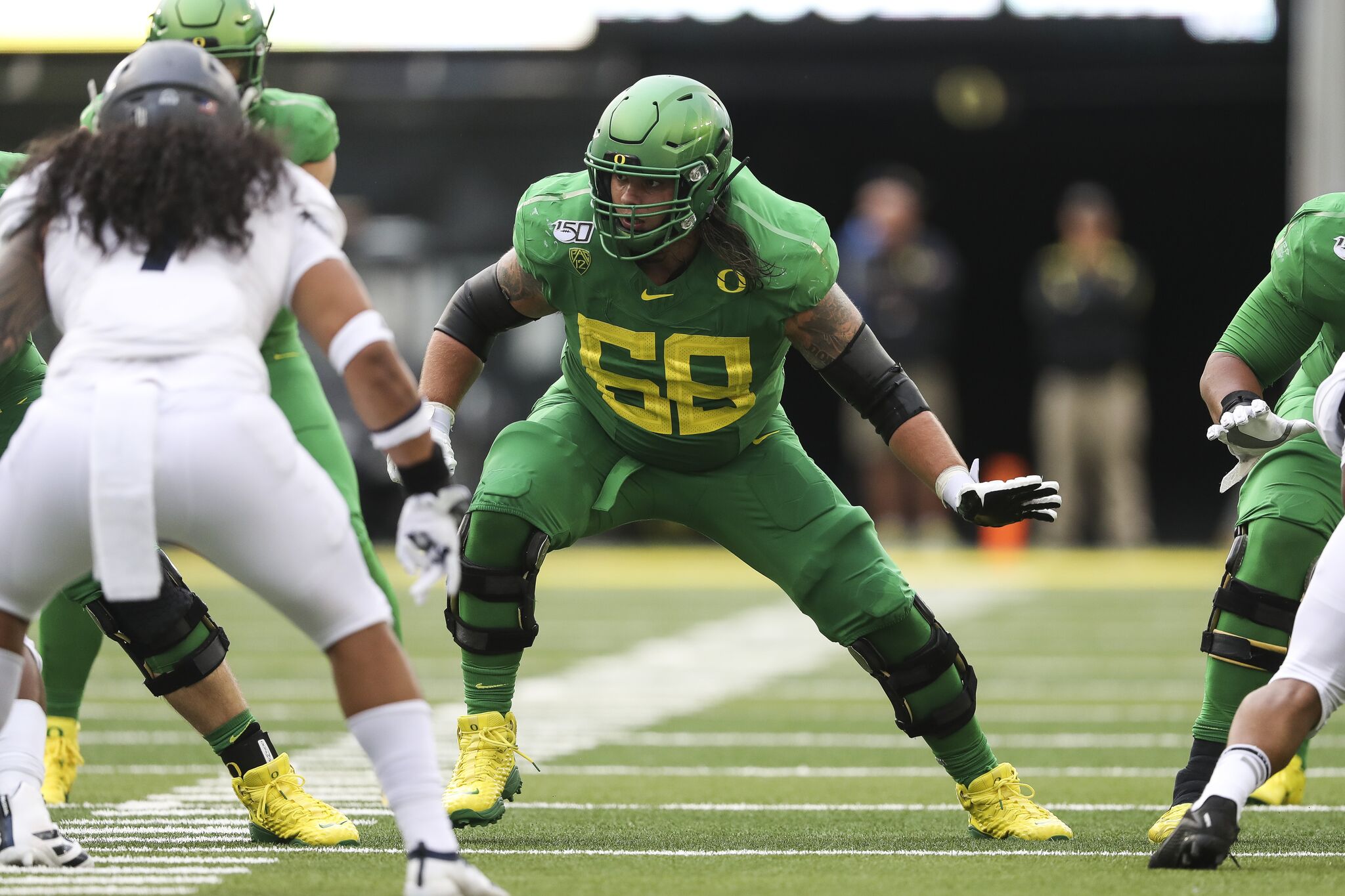 Lemieux has an NFL frame at 6’4″ 310lbs. He will put on weight being in an NFL weight room, and will almost be ready to compete with the NFL’s defensive lineman. Over the past four seasons, Lemieux started all 52 games at left guard. His versatility is questionable, as he didn’t play any other positions. Lemieux earned second-team All-Pac-12 as a junior in both 2018 and 2019. He was voted AP second-team All-American for his performance in his senior year.

Barrel-chested grinder with the toughness and power to play brute ball in the trenches. Lemieux is well-known for his toughness and intelligence. He’s an experienced, well-schooled guard. He’s athletic enough to perform in a variety of run schemes, but does his best work with combo blocks and double teams. Against NFL interior athletes, he will find it tougher to keep blocks centered and sustained. He should be OK as a run blocker early on, but his issues in pass protection might not be quickly fixed and could push him into the “good backup, eventual starter” category. – Lance Zierlein NFL Network

The Giants needed someone who can protect the QB – plain and simple. They have slowly filled those needs and put the finishing touches on it with the selection of Lemieux. The left guard starter is currently Will Hernandez, and he should be able to compete for the starting job when camp rolls around.

*Fun Fact: Shane Lemieux is the first “Lemieux” to ever be taken in the College Football era of the NFL Draft.