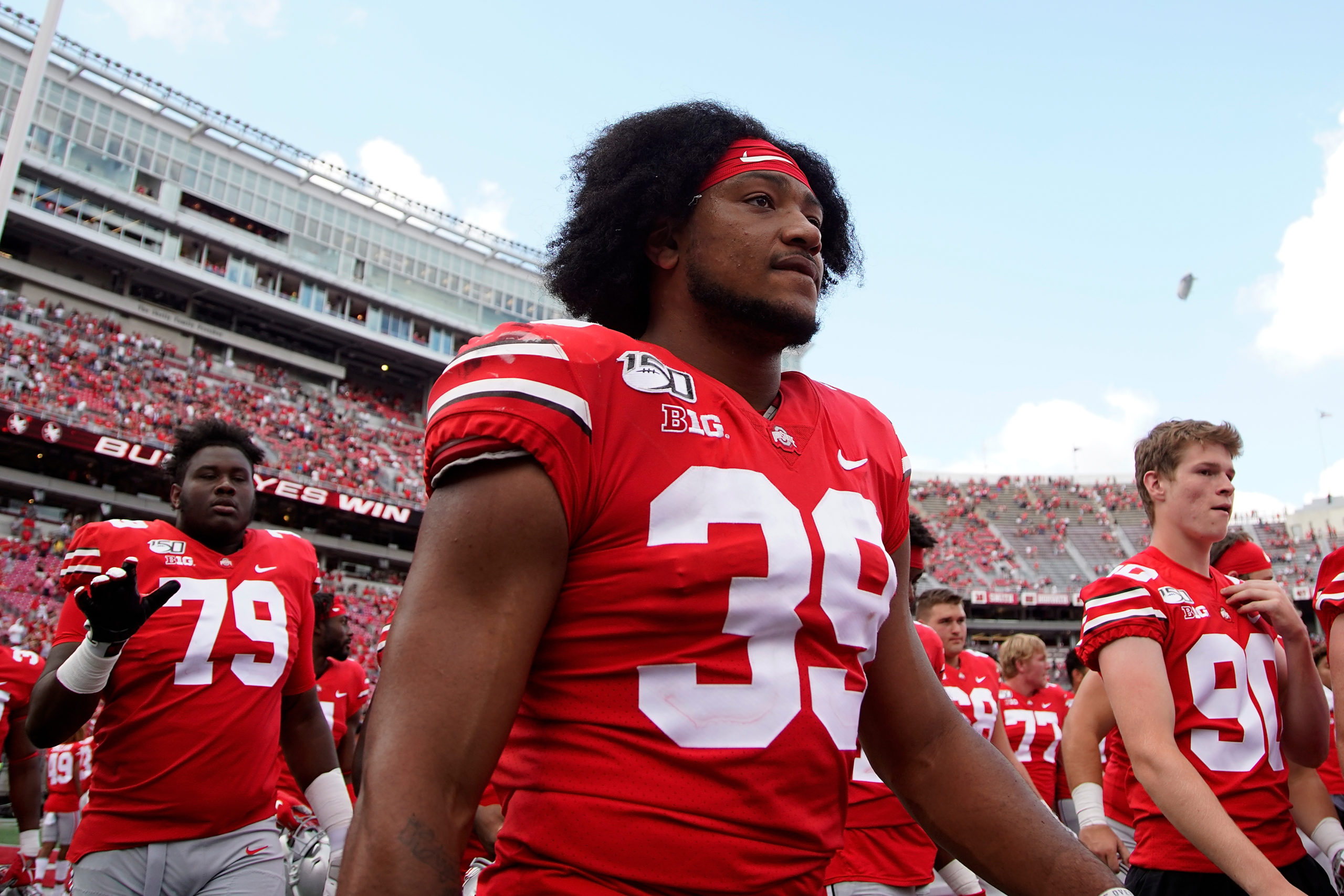 Malik Harrison has great hands for a linebacker. He can potentially move back into a hard hitting safety position if the linebacker position is filled. Harrison played in 12 games in his freshman year with 13 tackles. His sophmore season saw him in 14 games with 36 tackles, three for loss, and 1.5 sacks. Big Ten coaches voted him honorable mention All-Big Ten in his junior year, totaling 81 tackles 8.5 for loss, 2.5 sacks, and an interception. Once again, Harrison had a huge year with the Buckeyes in his senior campaign, earning third-team AP All-American and first-team All-Big Ten honors. He was the team’s leading tackler 75 tackles, 16.5 for loss, and 4.5 sacks.

Long-legged, loose-hipped linebacker with desired combination of size, physicality and range to help ruin the running game for teams needing linebacker help. His constant downhill mode disrupts blocking schemes and brings impact tackles, but it can be used against him with play-action and misdirection. The instincts are just average but his physical traits even it out on most snaps. He has some coverage limitations but can pressure the pocket as a blitzer and has the athleticism to spy mobile quarterbacks. He’s big and tough with the potential to become a good starter inside or as a 4-3 strong-side linebacker. – Lance Zierlein

Patrick Queen was also taken in this years draft and will compete with Harrison for the Inside linebacker spot. Chris Board will be holding down the LOLB position. This may make it hard for Harrison to break through into the starting lineup this season. Expect him on special teams in his rookie season.