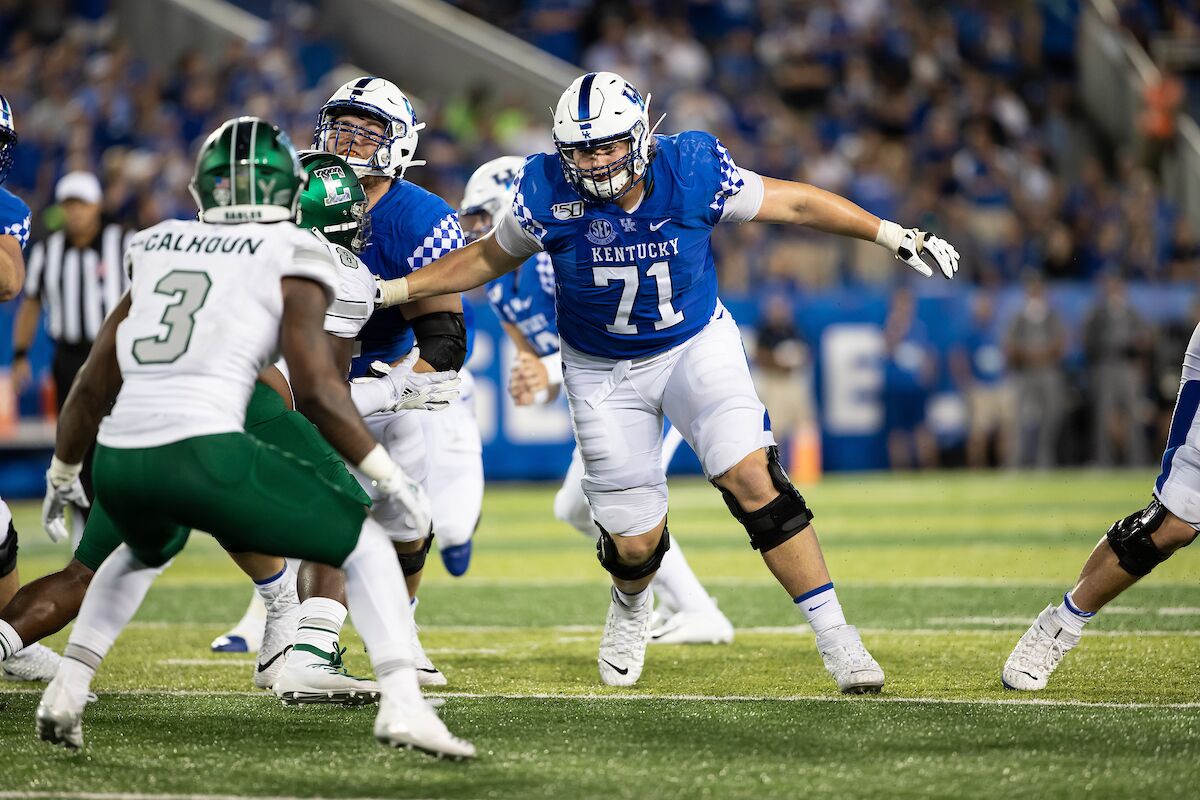 With the 121st overall selection in the fourth round of the 2020 NFL Draft, the Detroit Lions selected Kentucky offensive guard Logan Stenberg.

A team captain in 2019, Stenberg used his nasty play to help Kentucky to the next level. A second team All-American honoree and first team All-SEC, Stenberg started all 13 games at left guard. Stenberg did not allow a sack all season and only allowed one pressure.

Stenberg is an immediate option in the run game and will need to develop some help in deep pass dropback situations, where he can get beat often. If he cleans up his penalties, Stenberg is a capable option as a left guard at the next level.

Scrappy, blue-collar guard who plays an assignment-oriented, dependable brand of football. Stenberg is lacking in both body composition and pure play strength and is much better at the first two phases of the block than the finishing phase –Lance Zierlein, NFL Network

The Detroit Lions can use depth on their offensive line and Stenberg will provide that. As the Lions have continued to struggle maintain a consistent rushing game, the addition of Stenberg will help when the Lions choose to run power and need the mauler mindset.

Keep an eye on Stenberg in the future. Although he isn’t ready to start immediately, the potential is there for Stenberg to be a contributor and build a strong career at left guard, where he was plenty of starts and plenty of experience playing during his college career.