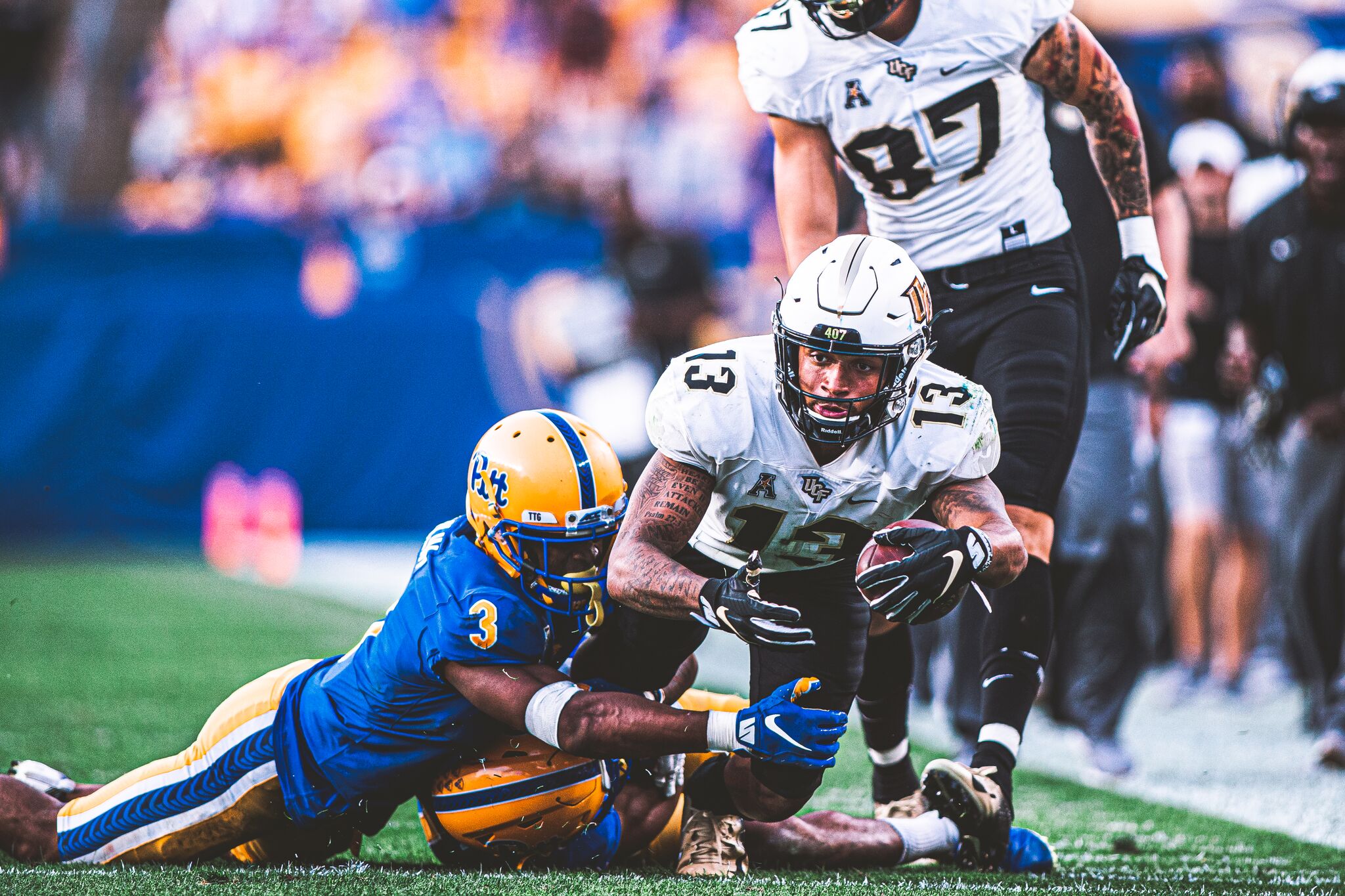 With the 128th overall selection, the Buffalo Bills selected UCF wide receiver Gabriel Davis. This makes him the 17th wide receiver taken in the draft.

Davis as a freshman in 2017, in 13 games he had 27 receptions, 391 yards, and four touchdowns. As a sophomore, he was a first-team All-American Athletic Conference player. He led the team in receiving yards 815 yards on 53 receptions with seven touchdowns. In 2019 Davis’ numbers once again improved. Leading the Knights in receiving yards 72 receptions, 1,241 yards, 12 touchdowns and earning first-team All-Athletic Conference yet again.

Big target with outstanding 2019 production in an offense that created favorable big play opportunities. Davis is a sideline threat with a good feel for creating space short and long through hand fighting. His build-up speed, ball-tracking and high-point talent can alter the success rate of deep throws for quarterbacks, but sluggish release quickness and predictable route usage are concerning. His size and downfield talent could push him up the board, but he won’t get easy looks in the pros and may need more work and development than the 2019 production might indicate. – Lance Zierlein NFL Network

Davis is not the fastest Wide Receiver in the draft, but he sure is shifty. He is known for trying to add too much movement in his route tree but can get open. This is what the Bills are going to need for Josh Allen – more targets who can get open consistently. He will be paired up with Stefon Diggs, John Brown, and Cole Beasley. Davis is joining a very experienced wide receiver core that can help accelerate his growth, and ease him into the NFL.