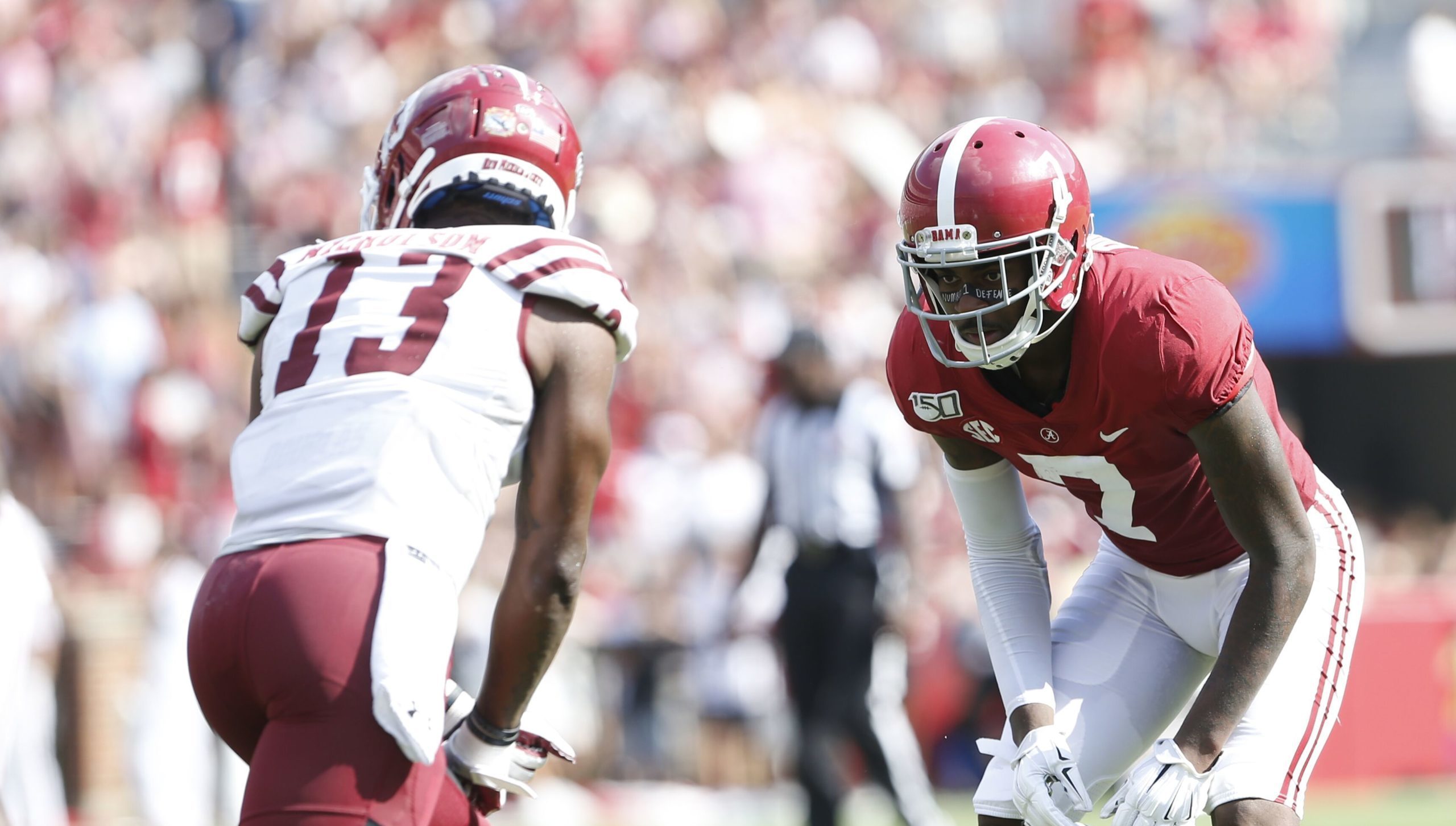 Trevon, the brother of Stefon Diggs, was a two-year starter in Tuscaloosa. He played 43 games in four seasons, missing a few games in his junior year with a foot injury. Diggs actually started his career at Alabama as a wide receiver, catching a touchdown pass as a freshman.

Diggs is an outstanding athlete who also returned kickoffs and punts in his time at Alabama to the tune of a 23.8 yard average on kickoffs and a 9.2 yard average on punts. As a freshman, Diggs caught 11 passes for 88 yards and a score before transitioning to corner for his final three seasons.

As a corner, Diggs ranked eighth in the SEC in interceptions with three in 2019 while also ranking seventh in interception return yards (79) in 2019. In his senior season, Diggs earned first-team All-America honors by Pro Football Focus and named to AP’s All-SEC team and allowed a passer rating of 44.5 when targeted as a senior.

Diggs sat out the Crimson Tide’s Citrus Bowl versus Michigan in his senior season to prepare for the draft and did not work out at the combine.

He has a chance to make a name for himself in this league. -Dave Zanaro, NBC Sports

Trevon Diggs is a top-flight cornerback prospect with the ideal skillset for press-heavy NFL defenses Don’t let the “scheme-dependent” or “scheme-limited” labels steer you away from the talent that is former Alabama cornerback Trevon Diggs.- Pro Football Focus

The addition of Diggs to the Cowboys defense will help them greatly. They need the help in a division that includes young QBs in Washington (Dwayne Haskins) and New York (Daniel Jones) and teams building around their young signal-callers.

Diggs should fit in well in the NFC East and be a presence for years to come.