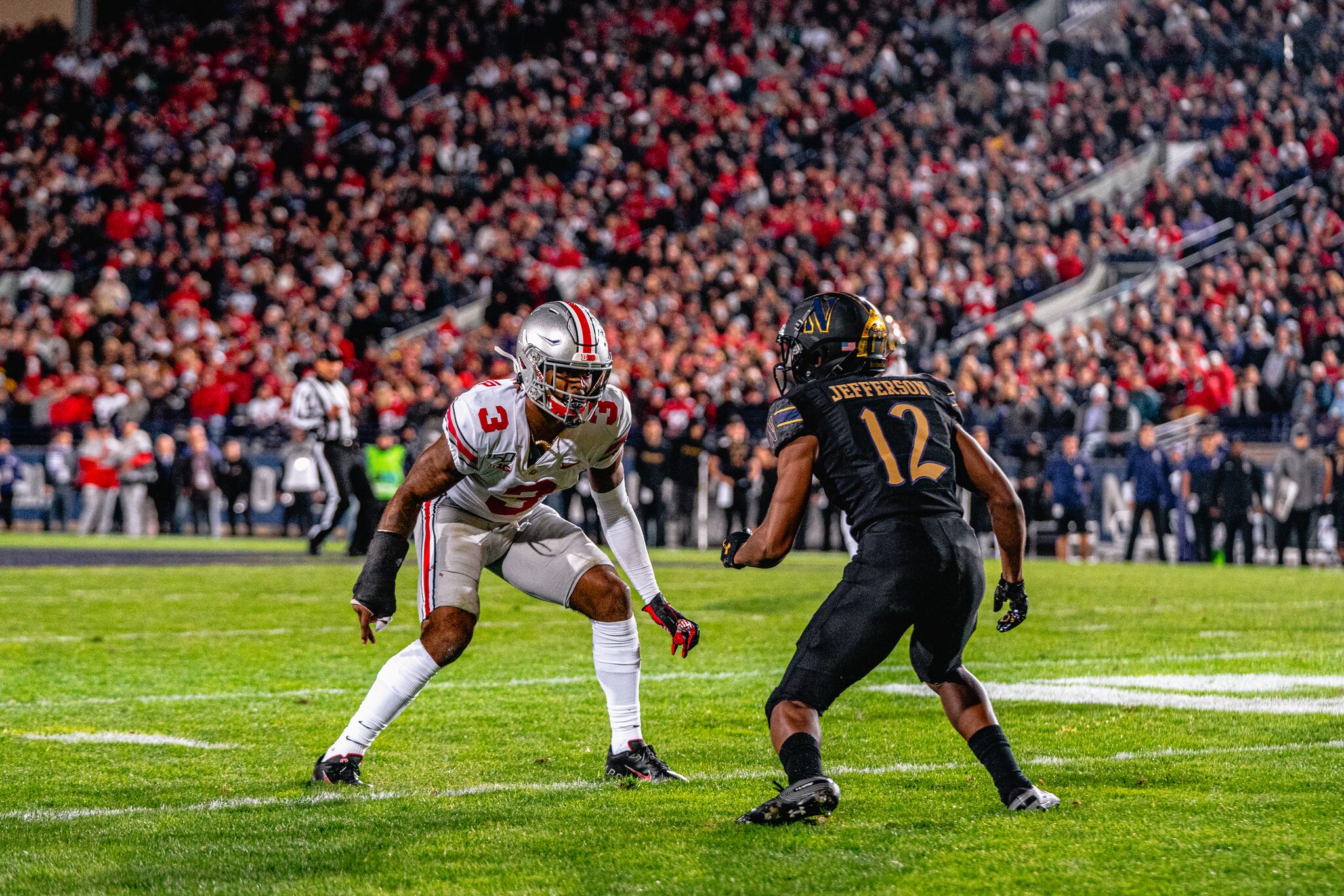 With the 19th overall selection in the 2020 NFL Draft, the Las Vegas selected Ohio State cornerback Damon Arnette, making him the fourth cornerback selected. This is definitely a head-scratching decision. Some other corners who were more highly touted than Ohio State’s #2 corner were still available.

In 2019, Arnette broke up 8 passes and had one interception as he played alongside Jeffery Okudah, who locked down the team’s top receiver. Arnette still brought in second-team All Big Ten honors. Arnette knows about going right into the fire, as he played as a true freshman for the Buckeyes. The newest Raider will be tasked with shutting down receivers from Kansas City and Los Angeles.

Arnette is good in high-leverage situations, and at 6-0, 195, has the size to play in the NFL. Playing both on the inside and outside, the Raiders get versatility here in Arnette.

Arnette must control himself and his emotions if he wants to be a long-tenured corner in the NFL. Playing on an all-star defense, he didn’t always have to be crisp with his moves. He’ll have to continue to refine those, as he could be a little robotic, opening his hips too early.

Inside/outside cornerback with NFL size and strength but a lack of fluidity and burst that might make him best-suited as a zone corner. Arnette will be at a disadvantage against vertical jackrabbits and will struggle to stay connected to NFL routes in man. -Lance Zierlein, NFL Network