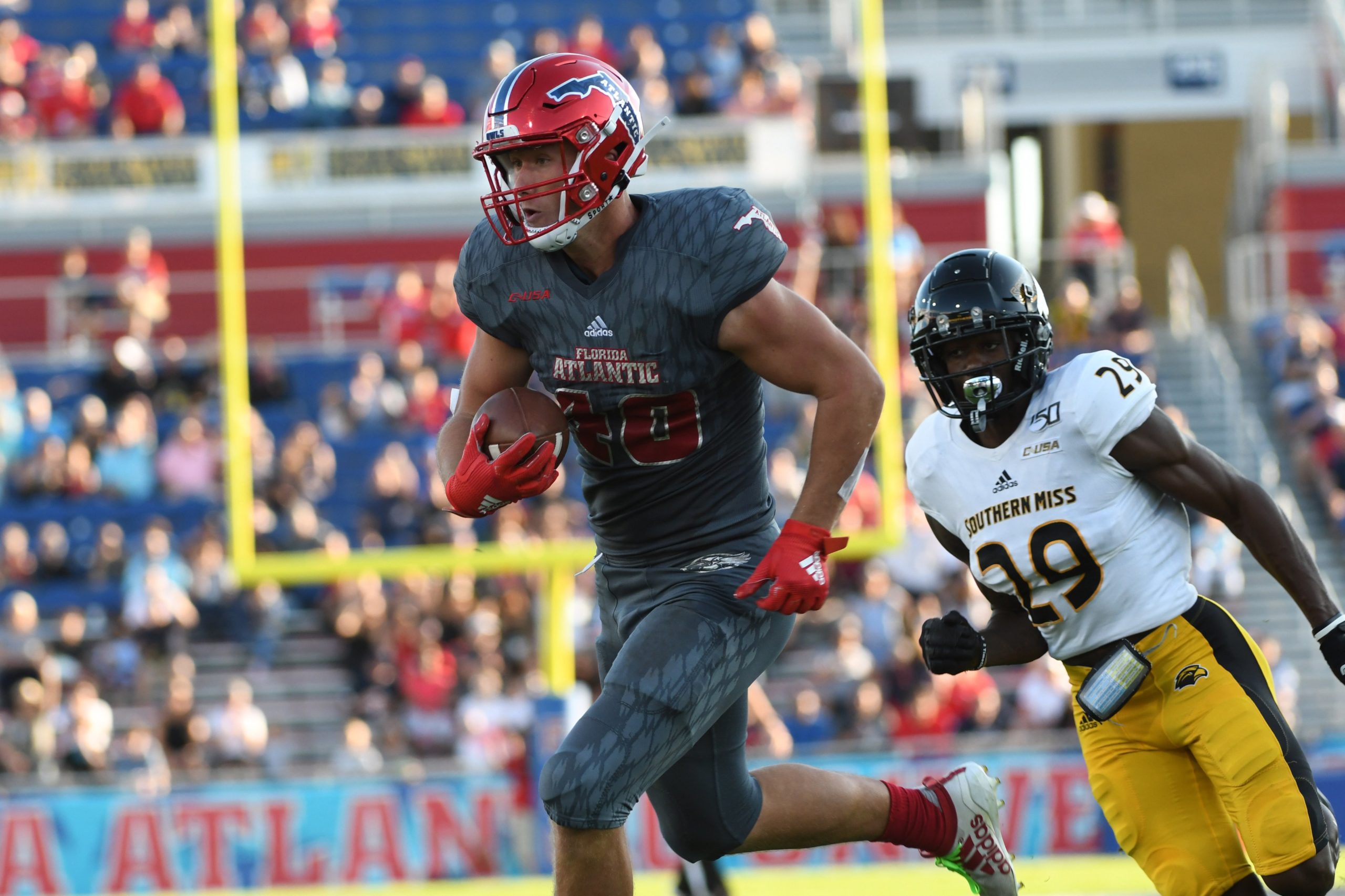 After a long and successful Florida Atlantic career, tight end Harrison Bryant has a home in the NFL.

With the 115th pick in the fourth round, the Cleveland Browns selected Bryant.

Bryant, who played four seasons with FAU, has built a solid resume as a pass catcher with sneaky blocking talent. In 48 games played, Bryant caught 148 passes for 2,137 yards and 16 touchdowns. In 2019, Bryant led all tight ends with 1,004 yards on 64 receptions. At the end of the season, Bryant was awarded with the John Mackey Award, given annually to the nation’s best tight end.

Like Kittle, Bryant is an athletic and versatile tight end with various ways to exploit NFL defenses. Throughout his college career, Bryant has lined up both in-line as a traditional tight end and in the slot, much like Kittle has done throughout. His fluid movements and yards after the catch talent will help.

What the analysts say

Bryant’s plus athletic traits, high football IQ and toughness as a blocker make him one of the most talented, well-rounded tight ends in this draft. He’s a little light to be considered for full-time work as a “Y” tight end, but his technique and tenacity should not be discounted in his ability to help the running game. -Lance Zierlein, NFL Network

Harrison Bryant projects as a move piece tight end at the NFL level. Bryant doesn’t bring appealing upside to play with his hand in the dirt, but his receiving chops offer him a clear role as a flex TE and H-back to release into routes in the passing game. -Kyle Crabbs, The Draft Network

He shoots off the line quickly and, like a veteran pitcher, varies his patterns, using altered gait, footwork and tempo to keep defenders from jumping him. Outstanding in contested situations (13 contested catches last year), Bryant is very dangerous downfield -Thor Nystrom, Rotoworld

The Browns already signed Austin Hooper to fill the hole of tight end and added another one through free agency. Pairing Hooper with Bryant gives the Browns a capable group of weapons to pair with Baker Mayfield. Keep an eye on how Bryant is used, including a potential chess-piece as a tight end.