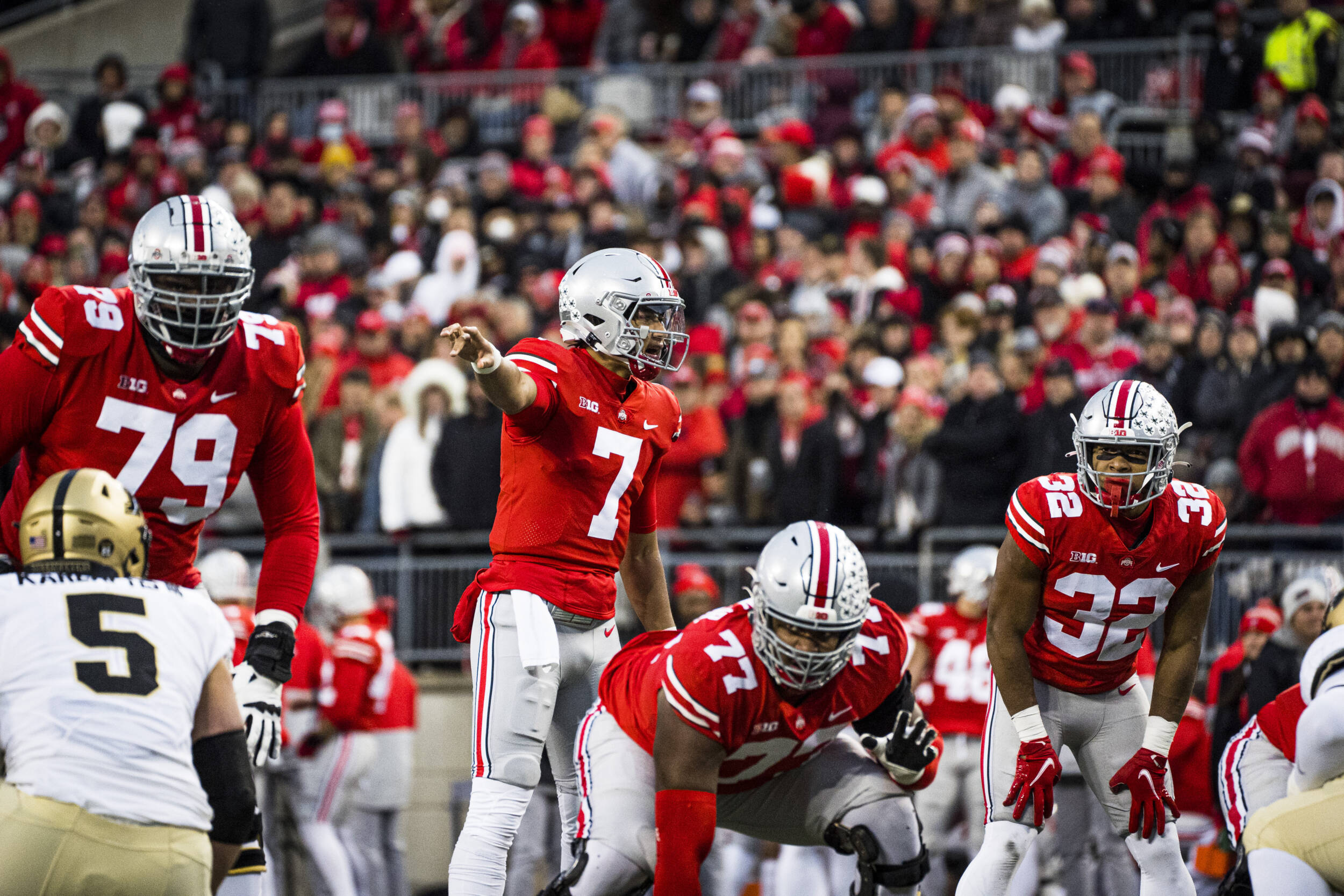 Every year, Heisman Trophy talk dominates the final month of the season, along with #WhosIn.

In the past, my ability to predict Heisman winners has been atrocious. Last season, I rode with JT Daniels. The season before, I picked Kyle Trask.

In an effort to try to be ahead of the curve for Internet brownie points, we decided to look at what Heisman winners have in common to make a more informed decision.

Specifically, we’ve narrowed our scope to looking at the Heisman winners of the College Football Playoff era.

As far as statistics are concerned, we only looked at the statistics of the team from the prior year.

All eight winners were from Power 5 schools. This narrows us down to 65 teams.

Each team had at least 10 wins the previous season. This narrows us down to 18 teams.

Each team finished in the top 9 of the final AP Poll. This narrows us down to nine teams.

Each team had an FPI of at least 14.9. This narrows us down to six teams.

Each team was in the top 10 in strength of record, game control, and average win probability. This narrows us down to four teams.

Each team had an overall efficiency of 79.7, offensive efficiency of 67.5, and a simple rating system value of at least 14.98. This still leaves us with four teams.

Each team had an offensive simple rating system value of at least 8.4. This narrows us down to three teams: Alabama, Ohio State, and Michigan.

Per FanDuel SportsBook, Ohio State quarterback CJ Stroud is the frontrunner, with +200 odds. The next best odds belong to Alabama quarterback Bryce Young, with +400 odds.

For those unfamiliar with how odds work, +200 means that betting $100 will net the bettor $200 in profit, as well as receiving the initial $100 back. As far as probability goes, +200 means that FanDuel gives Stroud a 33.3% chance, before accounting for the hold that gives the house its edge.

Basically, a sportsbook sets the lines in such a way where the total probability has greater than a 100% chance, and that extra probability — which guarantees profits in the long run — is known as the hold, or the edge.

For those doing the math in their heads at home, Stroud having +200 odds and Young having +400 odds means that with the hold, FanDuel gives them a combined 53.3% chance. In other words, Stroud and Young vs. the field is supposedly an even bet.

Who else could it be?

Based on who is currently listed and the narrowing down that we did above, there are 14 potential picks.

As mentioned before, Stroud and Young are far and away the favorites. Next on our list of possible candidates is Alabama linebacker/edge rusher Will Anderson. Anderson has +4000 odds, which means a probability of 2.4%. All College Football Playoff era Heisman winners have been offensive players, which is working against Anderson.

The next best odds belong to Alabama running back Jahmyr Gibbs. Gibbs is currently listed at +5000 odds, which means a probability of just under 2%.

Next is Ohio State running back TreVeyon Henderson, with +8000 odds and 1.2% probability.

After that are a pair of Wolverines. Running back Blake Corum and quarterback JJ McCarthy have +10000 odds — just under 1% probability.

First and foremost, Young winning in 2021 makes him significantly less likely to win in 2022.

Only once — Ohio State running back Archie Griffin in 1974 and 1975 — has a Heisman winner repeated. In fact, 2017 Lamar Jackson had a similarly impressive year to 2016 Lamar Jackson, but voter fatigue is real.

It took Derrick Henry running the ball 31.8 times per conference game with a touchdown in all 15 games in 2015 for a running back to win. And it took DeVonta Smith leading the country in receptions, receiving yards, and receiving touchdowns in a COVID-19 shortened outlier of a 2020 season for a wide receiver to win.

Ultimately, Stroud is our pick for the 2022 Heisman. Was this a long explanation to say that we think that the frontrunner is most likely to win? Yes.

But given history, the next most likely player to win the Heisman is perhaps Alabama running back Jahmyr Gibbs — with less than a 2% chance.

Remember to always gamble responsibly and to not take this as gospel. Remember, I have never picked the Heisman correctly before.

Hopefully with more focus on history and statistics, I can turn this curse around.