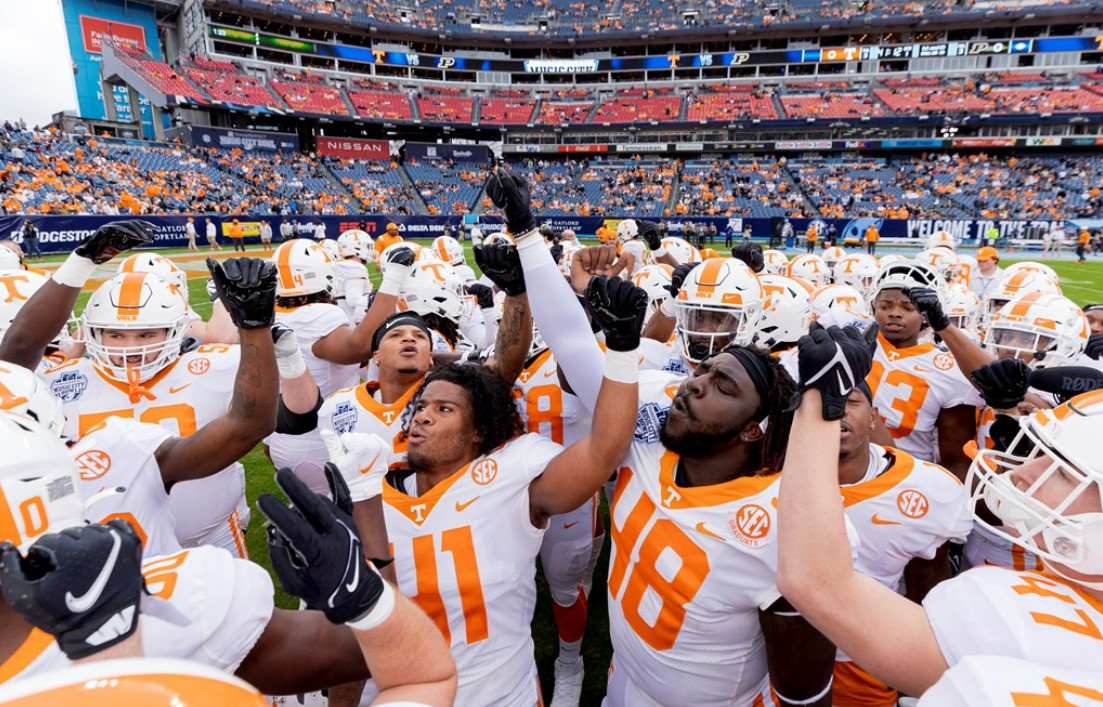 Similar to the 2021 Rose Bowl, Utah quarterback Cameron Rising displayed a heroic effort, putting the Utes on his back.

Rising finished 27-for-45 with 371 yards, two touchdowns, and an interception. He added 58 rushing yards and a touchdown on seven attempts.

Running back Tavion Thomas was a nice shot in the arm for the Utes, rushing for 93 yards and a touchdown on just nine carries.

Kuithe finished with 101 yards on seven receptions, with five of them coming on third down.

Covey finished with 106 yards and a touchdown on five receptions. He also nearly returned a punt for a touchdown in the third quarter, getting forced out of bounds inside the red zone.

Volunteers quarterback Hendon Hooker had a tremendous game, finishing 23-for-30 with 369 yards, three touchdowns, and an early interception.

One of the most underrated performances on the day was running back Jabari Small, who finished with 83 yards on 11 carries.

Play one: Hooker finds Jones on a 13-yard play over the middle.

Play two: Tennessee goes into the hurry-up, and Hooker hits receiver Cedric Tillman on a short 5-yard out route. Tillman gets out of bounds to stop the clock.

Play three: Hooker hits Jones on a 19-yard comeback route. It was slightly underthrown, so Jones had to go to the ground to catch it.

Play four: Tennessee goes back into the hurry-up from Utah’s 40. Hooker targets JaVonta Payton on a streak. The pass is deflected and caught by the Utes’ defense, but thankfully for Tennessee, the safety was out of bounds. 0:28 remains.

Play five: Jones gets open on a deep post, getting down to the Utah 6-yard-line. 0:13 remains.

Play six: Hooker and the Tennessee offense run up to the line to spike the ball. 0:09 remains.

Play seven: Hooker finds Jones in the back of the end zone after scrambling for a bit. The clock hits 0:00. Tennessee knees the PAT to prevent a miracle finish to force the game to overtime.

<b>A late game drive for the record books punches Tennessee’s ticket to the 128 Team National Championship presented by Fifth Quarter. The Volunteers win one for the ages, 30-28.

In 100 simulations, Tennessee won 53 by an average margin of 29.7-27.2. In terms of a simulation being representative, this was about as close it could be.

Call us biased media, but we designed a 128 Team Playoff and the final is between two SEC teams. Interestingly enough, it’s two SEC East teams, but two SEC teams nonetheless.

Winner’s Next Matchup: (1) Georgia in the 128 Team National Championship presented by Fifth Quarter 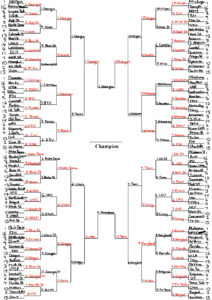