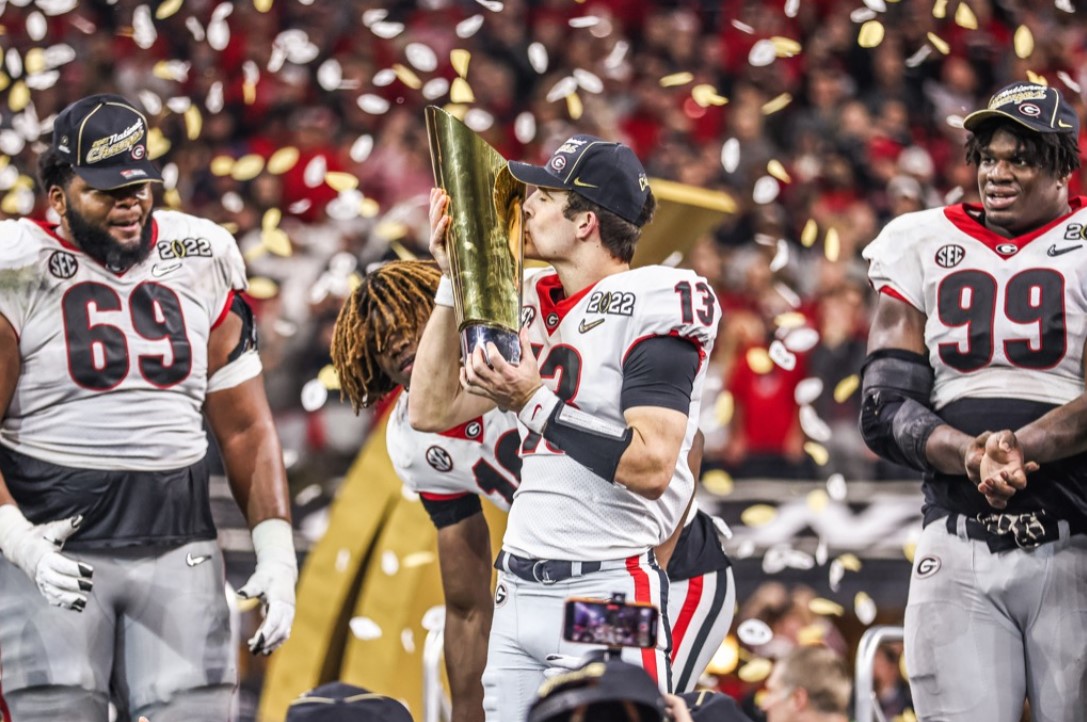 We are deep in offseason mode, where the hypothetical topics are many, but so are the days from actual football.

Lately, we have been thinking about the easy changes that could be made to make college football better — not just better, but instantly better. If you were to follow through with these changes, everyone would benefit. Few would disagree that these are the right moves.

We know college football is already the best sport on the planet. Follow these three things and we can enjoy it even more:

To the average American, Mondays suck. Tuesday mornings after a long night suck just as much. Why are we allowing the biggest day of our sport to be pushed to a Monday Night?

We understand that the networks do not want to compete with the NFL, but there has to be some way to move the national championship to Saturday night. The viewership would go through the roof. It feels like there is more anticipation for the semifinals of the College Football Playoff, which is partly because they are on a Saturday.

Throughout the season, the vast majority of college football games are played on Saturday. There is no reason that the biggest one should not be.

2. Bring back the Crystal Ball as the Featured Trophy

The new golden college football playoff trophy is awful compared to the Coaches Trophy. That crystal-shaped football was among the more recognizable championship trophies in all of of sports.

Pollsters should poll the players from the next national champion. If they were being honest, they would overwhelmingly rather have the crystal ball as the featured trophy.

Every spring, each collegiate program (outside of Division III) receives 15 sanctioned practices with one of those being the intrasquad spring game. How cool would it be if teams were able to play a real game in the spring? What a treat that would be for the players after their long sequences of practices and for the fans.

The coaches would be able to evaluate their players better heading into fall as well. Maybe instead of just scheduling that FCS team in the fall, perhaps it could just happen in the spring. It would bring in more revenue for both the host school and the FCS opponent.