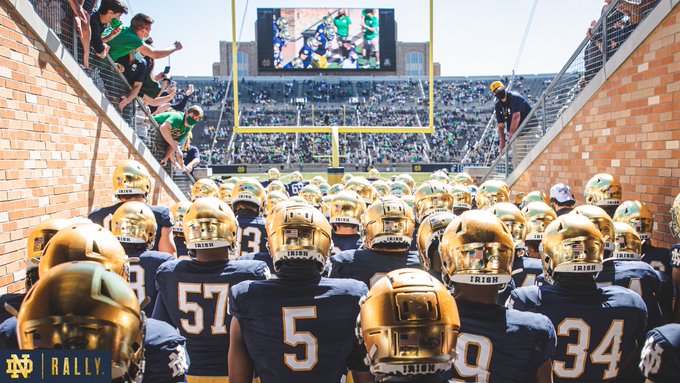 We did it! We reached the final of 13 weekly articles. To those of you who have read each week, thank you.

To those of you just jumping on, it’s never too late to join the discourse and catch up on the past articles. There are links to the other ones elsewhere in this article.

Let’s get to the final rankings!

“Ragtime Cowboy Joe” hits all of the right literal and figurative notes in a fight song. The buildup in the beginning and the chanting in the middle are the types of things that were complained about in lesser songs, but inexplicably, these work.

The nostalgia is through the roof on this one — second-highest in the Group of 5.

The intro is great and the overall tune is catchy.

It’s one of the most recognizable songs when that first trumpet hits, so that helps.

It’s difficult to not clap along and sing despite having heard it hundreds of times. That ability to replay it and not get sick of it is another great sign of an overall well-rounded fight song.

This could be a top-3 song if not for the singing interlude in the middle. It really cuts into the song at a bad spot and not in a good way.

Even with that, USC’s fight song is still one of the pinnacles of college football.

This is the right amount of predictability and consistency.

Of the top seven, North Carolina is likely the least prestigious in terms of football programs. But that does not stop the Tar Heels from having a great song.

It could earn some crowd factor points if it were a little more recognizable. This doesn’t scream “North Carolina” to a non-North Carolina fan, but it still is good enough to compensate for that in other areas.

No glaring issues from start to finish.

It’s up there with any other team in terms of nostalgia from the college football video games growing up, which definitely helps with memorability.

Throw in a little “Go Gators” in the middle, and this is just chef’s kiss iconic.

The winner of the best ‘Group of 5 fight song’ goes to Navy.

The first half would be pretty good on it’s own, but then they go and make the whole song that much better with an elite second half.

Navy does not mess around with some random throw-in halfway through. Instead, the Midshipmen let the music speak for itself. It’s a thing of beauty, really.

The start is not the best and is what is limiting Michigan from being No. 1. That’s the difference.

By 53 seconds, we’ve hit the good stuff. This is the part that is regularly being softly whistled or run on a loop in one’s head through all hours of the day.

A personal love for that specific section was the whole reason that this 13-week, 20- to 25-hours’ worth undertaking ever even occurred.

Thank you, University of Michigan.

When you hear this, you think Florida State. A real classic in the college football landscape.

This one has a great use of change of pace and variation of volume the whole way through.

This gives so much nostalgia from NCAA Football ’05, specifically. This is the best fight song in the best college football conference.

If Tennessee ever gets back to the pinnacle of college football, there will be at least one excited fan, strictly so we can hear the fight song more. This is a very honorable second-place finish for the Volunteers in this list.

No, but in all seriousness, this is well-deserving of the No. 1 spot.

You hear this song and you can just imagine the golden helmets, a panning sky cam shot of Notre Dame Stadium in a prime time game, Touchdown Jesus, Reggie Bush pushing Matt Leinart into the end zone, etc.

Notre Dame, as a brand, is one of the most recognizable in college football, whether we ‘join a conference’ people want to admit it or not. And the Fighting Irish’s fight song is a perfect representation of that brand and everything it encapsulates.

There is also an argument to be made that there is no better song that is emblematic of college football and college fight songs on the whole.

No, but seriously, thank you to everyone that has read one or more of these articles. This has been a fun thing to sit down and do every week.

Disagree with these rankings? Send all hate and follows to @CJOlsonFB on Twitter.

Not entirely sure what to rank next, but as long as college sports exist, there are always weird and pointless rankings to create, so stay tuned.

If anyone would like to see a spreadsheet with all 130, that can be found here.