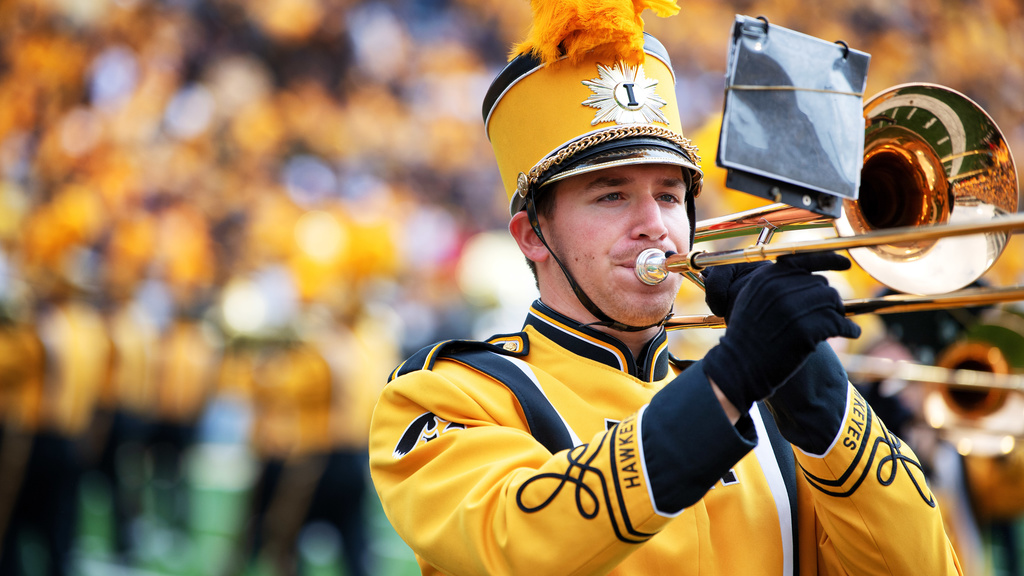 Photo courtesy of Justin A. Torner/University of Iowa

Welcome back for the sixth of 13 installments where we rank all 130 FBS fight songs!

It’s unfortunate that this ranks last in the Big Ten, because it’s a fine song. But it’s really just that – a fine song.

One aspect that is pretty good, is that it seems to have a high replay value, so it’s going to be solid each time.

There’s something a little discordant about it, especially in the beginning. Overall, it’s strong from start to finish, and it really finds itself by the end of the song.

This one has a good buildup at the beginning. Great ending. The middle just doesn’t flow the way it needs to.

It’s as if the song starts to go down a different path a couple of times, but ultimately stops and finds a new path.

This hurts the flow a little, but it’s nowhere near the worst song in the ACC or the FBS by any means.

This is another fight song where it’s the same thing twice in a row.

At about the 2/3 mark of each half, there’s this area where some of the band sticks with the same tune from the beginning, but the rest of the band goes to another section of the song. This doesn’t work as well as they probably thought it would.

The fact that Iowa comes one spot ahead of in-state rival Iowa State is purely coincidental.

As far as the Big Ten goes, Iowa’s fight song is a little on the boring side. It’s memorable, so that’s a notch in the Hawkeyes’ cap. Memorable, but still underwhelming, nonetheless. The fact it falls almost on the median is no mistake, and is very fitting.

We’re glad that the Louisville fight song writer got the memo that eight letters are the cap on spelling, because they cut it down to just ‘C-A-R-D-S’ when spelling. But then they went and spelled it three separate times to make it 15 total letters

Typically, spelling at the end is tricky. But to make it roughly the entire final third really takes it down a step.

From everything that we were able to gather online, these two schools have the same fight songs. Fans probably are sick of hearing it when they play each other!

The second half has more of a triumphant feeling which is naturally elating to listen to. The first half just struggles to get a footing until it’s too late. Otherwise, this would be ranked higher.

There is a surprising bit of nostalgia to this one. One downside is that it’s a bit repetitive in being the same thing twice.

The first 15 to 20 seconds are really good, but the spelling cuts the song at weird times with a different tune from the rest of the song.

The non-spelling sections are so great, too.

Only 157 more days until FBS college football returns, football fans. Hang tough and see everyone each Wednesday morning for the next installation of ranking FBS fight songs.