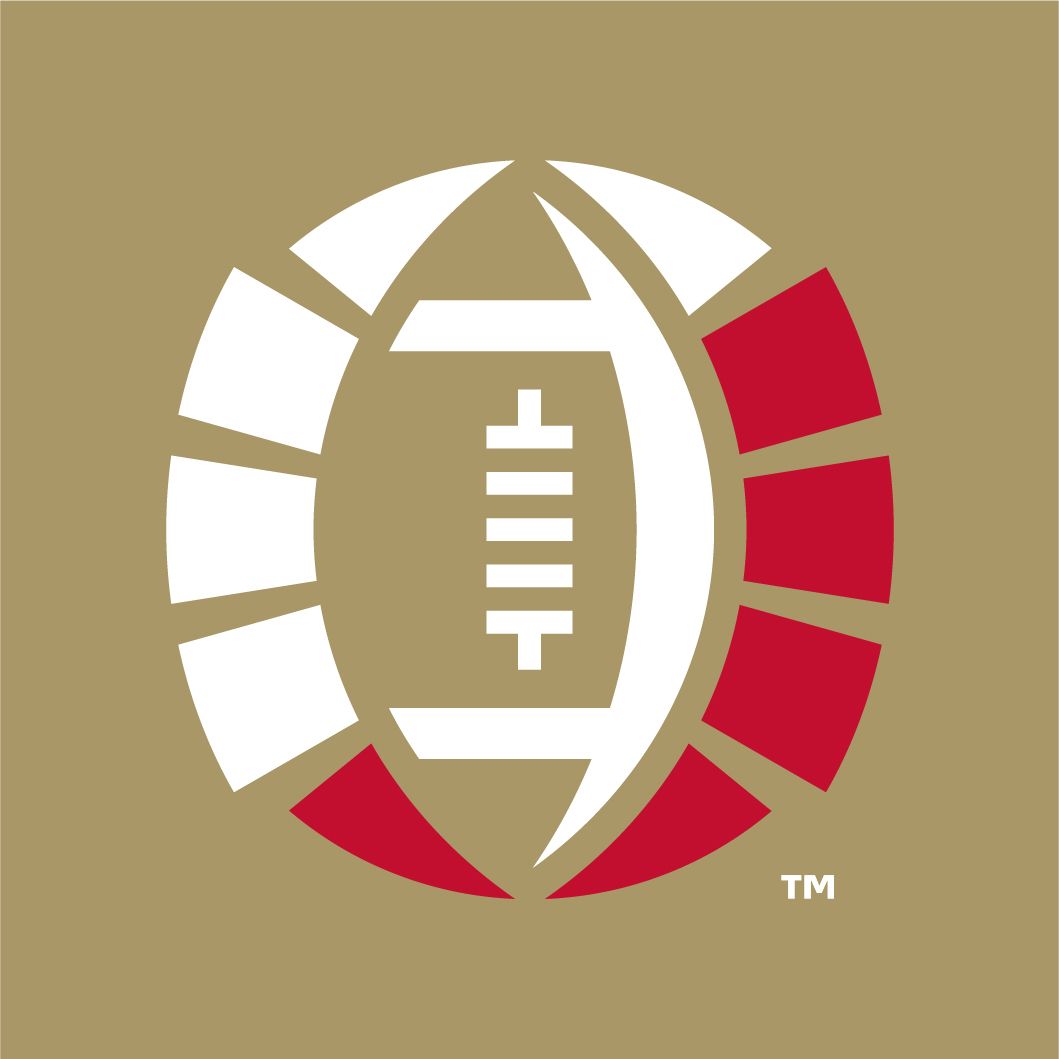 In a college football season filled with question marks, the ten conferences and their teams aren’t the only people facing problems.

“It’s been difficult for everybody. We’re certainly no different. I think the conferences have been challenged to stage a regular season and, week-by-week, I think they’ve been holding their breath a little bit in terms of which games they will be able to play and which games will have to be postponed,” Bowl Season Executive Bowl Director Nick Carparelli told Fifth Quarter in a phone interview.

“The Bowl Season is in a unique position where we come at the end of the regular season. So in a lot of ways, we’ve had even less control than the conferences did in the regular season. We’re kind of at the mercy of when they start and when they finish to determine when the bowl games can be played.”

Bowl Season is college football’s post season and Carparelli is their head man. Nick Carparelli began serving as the executive director in December 2019 and since then, have had challenges throughout. Carparelli entered and just months later, the COVID-19 pandemic immediately put college athletics in danger.

“I think it’s been difficult and it’s certainly been a lot of work,” Carparelli explained. “But I think you have to just develop the mindset that this is the world we live in and it’s just part of the task at hand. I personally don’t allow myself to get too frustrated with the situations but rather just manage them the best I can, as they come.”

“As the last three or four months unfolded, there were a lot of key moments we were keeping an eye on. Certainly, the start of preseason camps for these conferences. When the games actually kicked off and we saw it with our own eyes, I think that was a big moment,” Carparelli said.

“The whole system was in limbo a little bit when a handful of conferences opted out and then decided to come back in at a later date. I think we’re seeing the challenges that that created with those conferences struggling to get their games in with few to no makeup dates available. As I said earlier, the bowl system has been at the mercy of the decisions that the conferences made, as well as the course that the virus takes. Our mantra throughout has been ‘patience and flexibility,’ and I think we’ve been tested in both of those areas.”

Currently, Caraprelli and the entire Bowl Season group is in constant contact with their bowl games and the conferences.

“I have one-off conversations with all of them intermittently. We do have a conference call with our executive committee every two weeks and then we engage the floor group as needed,” Carparelli said. “I’m in pretty good contact with most of them. In addition, I try to make sure to connect the dots between our bowl organizations and the ten conference offices, as well as some of their athletic directors on a regular basis. Trying to keep everyone as informed as I can.”

One of the largest parts to college football bowl games is the community engagement. So often, cities and communities will rally around the bowl games, especially on game day. Game day engagement is critical to how these bowl games are executed. The product on the field is one thing, but the overall experience still has to be good.

With COVID-19, that same community engagement is at risk. With social distancing guidelines in place, big-time game day experiences can’t happen the same way they normally would.

“There are two ways to look at that. I think from a financial standpoint, the fact that the fans are going very limited – if they’re allowed at all – is going to really impact the engagement piece, especially on game day,” Carparelli said about the community engagement. “Corporate sponsorships will be down. Many of these bowl games have corporate sponsors that are local and a big part of that arrangement is the on-site game day activation and the engagement of the fans. That simply won’t be there, and that’s something that people don’t readily understand when they factor in everything that’s going to get packed.”

A Sense of Pride

Carparelli, however, realizes there is still benefits to hosting the game, even if fans aren’t allowed.

“However, for a lot of these communities, simply staging the game, regardless of whether people can be there or not, will really continue to be a sense of pride for that community,” said Carparelli. “These communities are really proud of their bowl games and the fact that it showcases their city on national television, and that teams and fans look forward to coming there every year. I think even in a year where attendance is going to be limited, I think these communities are very excited to have something to rally around in their community.

Fans In The Stands

Don’t expect many changes from the current college football season when it comes to allowing fans in the stands. According to Carparelli, fans being allowed in the stadium will be a game-by-game basis. While some games may allow fans, some will not.

“It’s going to be a state-by-state decision on how many fans there can be, if fans are allowed at all, Carprarelli said. “I think it’s going to be very similar to what you see on an average Saturday the last couple of months. You turn the TV on and you see vast differences in terms of the number of fans that are in the stadium, depending on where the game’s played.”

Certain bowl games likely won’t have different testing protocols for teams. As Carparelli explained, conference-based protocols will likely remain the same for the respective teams in their bowl games.

“Each conference has protocols and procedures in place that they’ve been following all season,” explained Carparelli. “So, the bowls are not going to impose anything new on these conferences. The conferences have decided that they have protocols that they want to adhere to. So they’re going to continue to adhere to those even during bowl season.

Don’t expect many changes in how late games will be postponed. According to Carparelli, there are no deadlines to when games can be canceled or potentially postponed.

“There are no deadlines,” Carparelli explained. “I would be surprised if anyone had a deadline in the sports world these days. I think our ability to be flexible has been tested, not just in sports, but in general in the last nine months. We’re doing the best we can to plan for what we do know, but we’re staying flexible as things change and evolve.”

Although Carparelli has not had any discussions regarding the potential for postponements of certain games, there will not be a threshold for a game to not be played.

“There’s been no discussion yet about the postponement of games,” Carparelli explained. “But like we’re seeing in the regular season, I think, unfortunately, people are having to take situations as they come and evaluate them on a case by case basis. So I think that’s what you’ll see during the Bowl Season as well.”

Like we’ve seen with UCF’s acceptance of a bid to the Boca Raton Bowl, there won’t be a set date for announcements. With the uncertainty regarding the conference championship games, there will not be a ‘Selection Sunday’ date for bowl games to announce participants.

Carparelli, however, does expect there to be an added focus on regionally-based bowl games. Instead of having teams travel cross-country, they’ll likely remain in their regions.

“Even in normal years, the bowl games work with their conference partners to decide who will come to the game each year,” Carparelli explained. “Speaking to the bowl directors and conference offices, there will be an extra emphasis on trying to keep the travel to a minimum and create matchups that are a lot more regional than you might normally see.”

What Carparelli Has Learned

Carparelli is in a unique situation. Unlike college football conferences, Carparelli is able to learn and adjust to events. As a result, he’s learned one important thing because of this unique opportunity.

“I learned how valuable the bowl system is for all the constitutions in college football. It is college football’s postseason, and people really look forward to the opportunities to play in them and fans look forward to watching them,” Carparelli said. “Communities who host them are very, very proud of these games. And I think everyone’s desire to find a way to make these bowl games work has been very encouraging. And I think it bodes well for the future once we get back to normal, which we all know we will.”

“I think the future of those bowl games is bright,” Carparelli said. “I mean, it was a very hard decision for those bowl games to postpone their games this year and resume next year. But they did so for their long-term best interest. It does not serve the college football community, including the conferences that depend on the opportunities, for these bowl games to go away. I think the games that are not being played did so reluctantly. But they did so very prudently so that their long term future would be viable.”

Overall, Carparelli believes that Bowl Season will be even better next season.

“I do believe that once we get back to normal, which we will, and I fully expect that it’ll be next year, Bowl Season is going to be back to full strength and maybe even better than ever,” Carparelli explained. “I think one thing we’ve learned this year is how much we appreciate, and in some cases don’t appreciate, sports in this country. Especially times of year that we’ve come to count on: March Madness, October baseball, Bowl Season. I think when we get to the next Bowl Season, it’s truly going to be a celebration of college football in a bigger and better way than we’ve ever seen it before.”

To view the interview’s transcript in its entirety, click here.