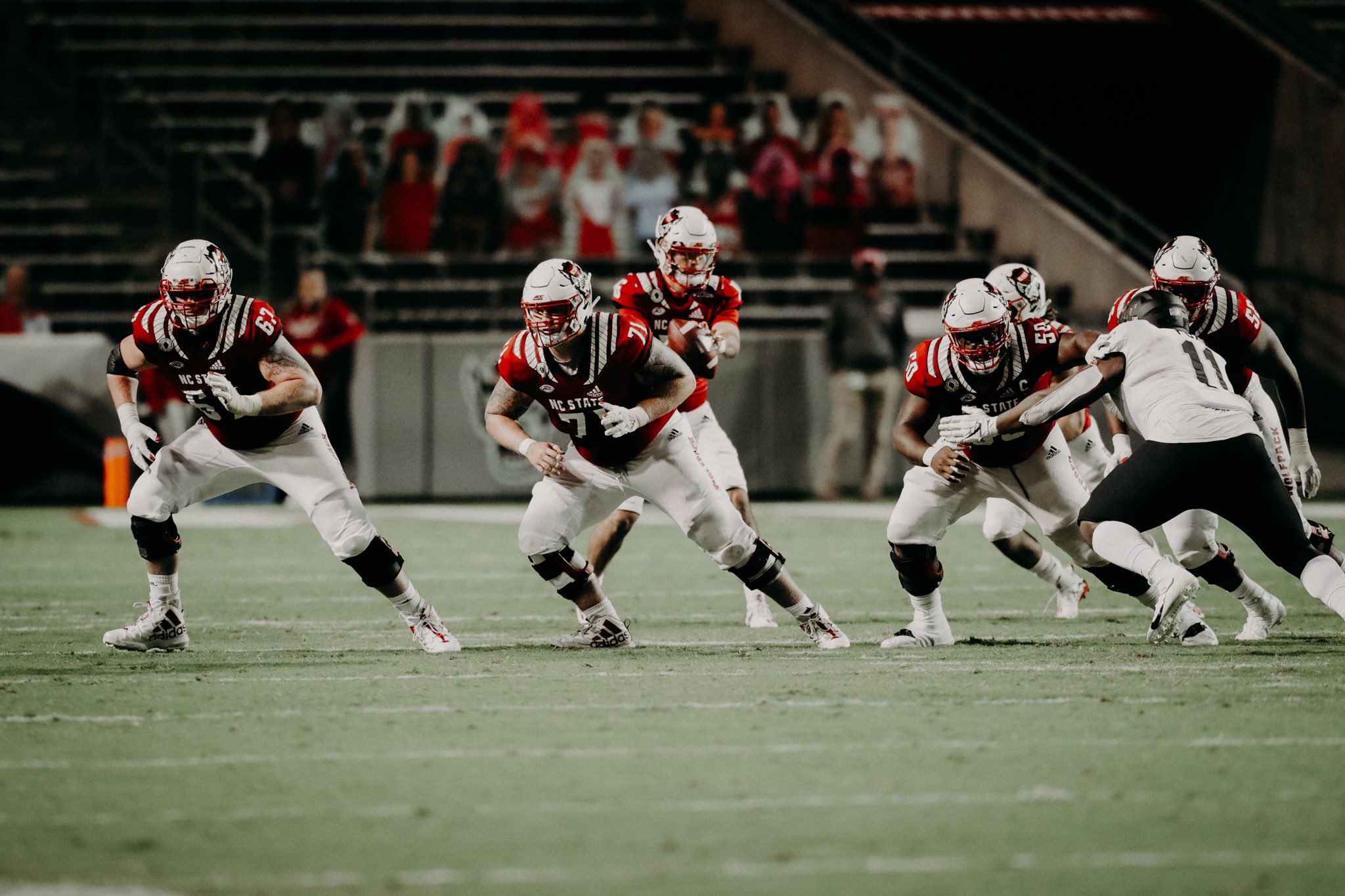 After months and months of waiting, the Virginia Tech Hokies finally have a football game this Saturday.

The NC State Wolfpack will howl their way to Lane Stadium this Saturday for a showdown under the lights with the 20th-ranked Hokies.

Head coach Justin Fuente and company may be shorthanded however, when Dave Doeren’s squad arrives in Blacksburg. The Hokies had their previous opener against Virginia postponed.

That was due to reportedly 52 members of their team being placed in quarantine due to ACC COVID-19 protocols. While those numbers have gone down, a good chunk will likely still have to watch from their dorm rooms.

NC State is coming off of a huge 45-42 home win over Wake Forest Demon Deacons, and will now look forward to continuing that momentum against the shorthanded Hokies. Heading into Saturday’s game, Virginia Tech fans may wonder: who are the NC State Wolfpack?

Fortunately here at Fifth Quarter, we have a slew of talented writers that know the team they cover inside and out. To give fans a better understanding of what the Wolfpack will look like against the Hokies at 8 p.m. ET on ACC Network, we talked to FQ’s NC State account manager and writer, Cameron Haywood, on what he sees with this Saturday’s match-up.

What’re your overall expectations for NC State this weekend?

FQ NC State: This weekend, I’m looking for the Wolfpack to build on quarterback Bailey Hockman’s solid performance against Wake Forest. The offense relied heavily on the run. Hockman made all the right decisions when passing plays were dialed up. Now, I want to see offensive coordinator Tim Beck expand on Hockman’s opportunities to throw downfield.

Who’s your player to watch this weekend for the Wolfpack?

FQ NC State: I have two. The first is wide receiver Devin Carter. He’s a large target with plus speed and a huge catch radius. He showed glimpses of big-time ability last season as a freshman, but due to such a heavy run attack in Week 1, he, along with the rest of the wide receivers, weren’t even a factor in the win against Wake Forest.

On defense, it’s linebacker Payton Wilson. Payton is an absolute stud. He’s an incredible athlete that just so happens to love hitting people. He flies around the field. He’s used in multiple ways. He’s long enough to cover wide receivers, and he’s fast enough to run down outside runs from the backside. And he’s a problem for offenses when he blitzes. He led the team in tackles last week even though he was taken out of the game at halftime due to dehydration.

How do you think NC State matches up against Virginia Tech?

FQ NC State: To be honest, all I know about Virginia Tech is they have a highly underrated quarterback in Hendon Hooker, who I think is top-3 in the ACC. So I expect Payton to be assigned to him all game. Virginia Tech’s wide receivers should have a good day against the NC State secondary.

NC State will try to establish the run early, but the offense Tim Beck ran at Ohio State and Texas usually expanded each week. I think State’s success will be found in stopping the run, and applying pressure to Hooker and a heavy dose of 6- to 8-yard passes. I think it’ll be tight, and the longer Virginia Tech lets NC State hang around, the more dangerous it can be. The Wolfpack could be able to possibly sneak out of there with a win if Virginia Tech looks past them.

How do you think NC State will respond this week after the Wake Forest win?

FQ NC State: Wake has been a thorn in State’s side. No matter how much better the Wolfpack are than them, they either keep it close or win. That win was more of a victory for the coaching staff than it was the players. Future NFL d(efensive) lineman Alim McNeil said after the game on Instagram Live that he’s more motivated than ever to cause mayhem, because he was routinely triple-teamed by Wake.

What’s your No. 1 thing to watch for this week?

FQ NC State: Virginia Tech’s passing attack. NC State’s secondary is full of guys with no college experience. It had guys transfer out to places like Notre Dame, Montana State, and graduate. They’re young and unproven. The secondary has been a struggle for State on the recruiting trail during Doeren’s tenure.

Your pick for Saturday?