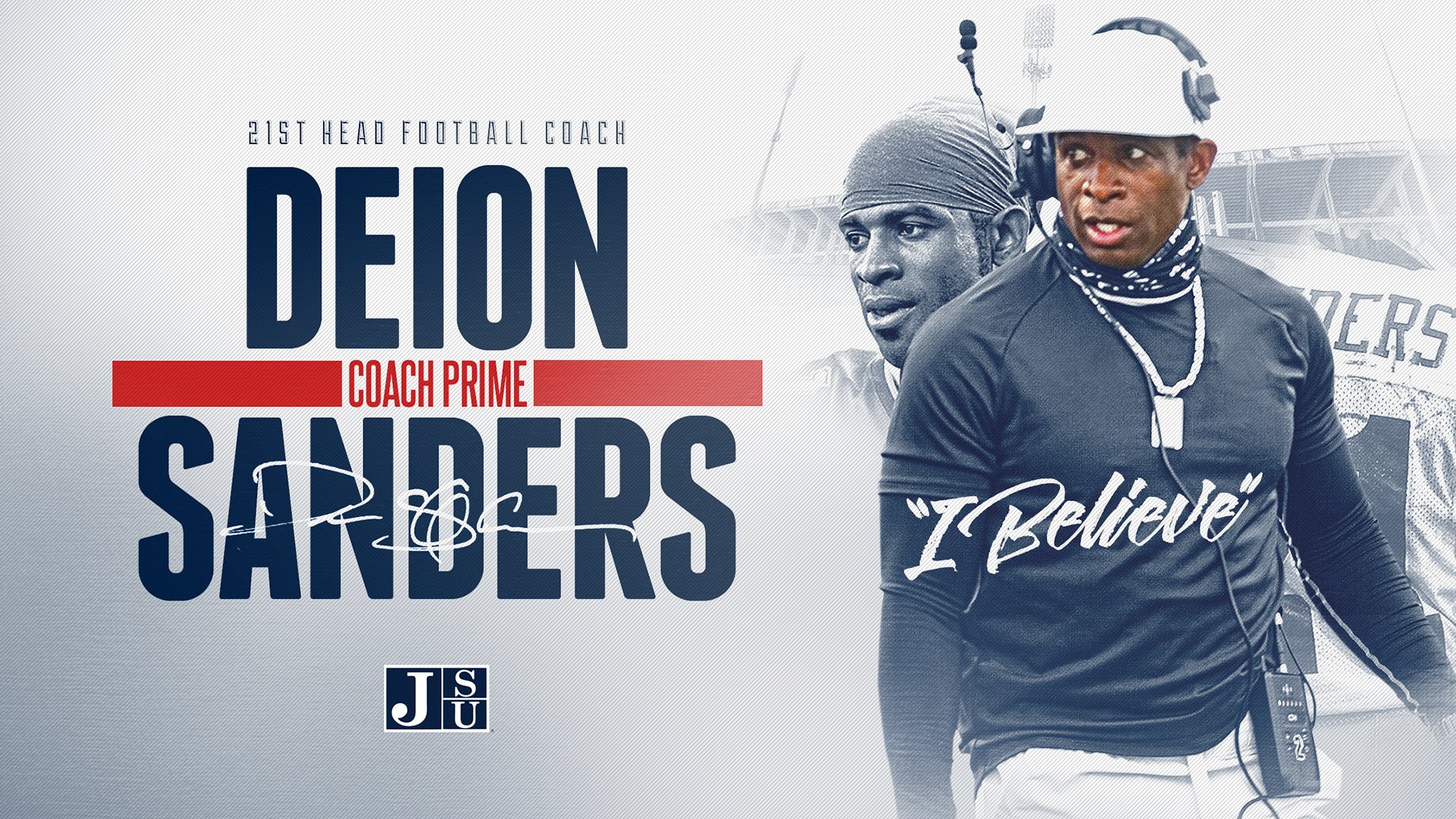 Sanders takes over for John Hendrick. Hendrick went 6-9 over his two seasons at Jackson State.

The university was set to play a fall 2020 schedule, but as with most non-Power 5 colleges, that season has been moved to spring 2021. Sanders will be the 21st head coach in the school’s history — fitting for Sanders. That was his most common jersey number over a 14-season NFL career.

As a member of the SWAC, Jackson State is 258-164-5 all-time in the conference. Its highest winning percentage against a conference rival is a perfect 1.000 against Texas College, now an NAIA school. In more modern times, it’s the .892 (45-5-1) mark against Mississippi Valley State.

“I believe we will never settle for mediocracy ever again,” Sanders said as the crowd at the press conference erupted into cheers.

To open the press conference, Sanders was led in by the Jackson State band, “The Sonic Boom of the South” and a motorcade including a Cadillac Escalade, a police motorcycle, and police car, flashing lights. It was a fitting entrance for one of the most high-profile first-time coaches in recent memory at any school.

Sanders’ hire at Jackson State is huge. It immediately gives JSU a huge hand up over not just SWAC schools but 99% of schools with a Hall of Fame player in Deion Sanders now leading the team. He can be a huge asset in recruiting, not just in football, but also throughout the athletic department. That was something he also touched on during his introductory press conference.

There was a lot to take away from the conference but a few key points were this: