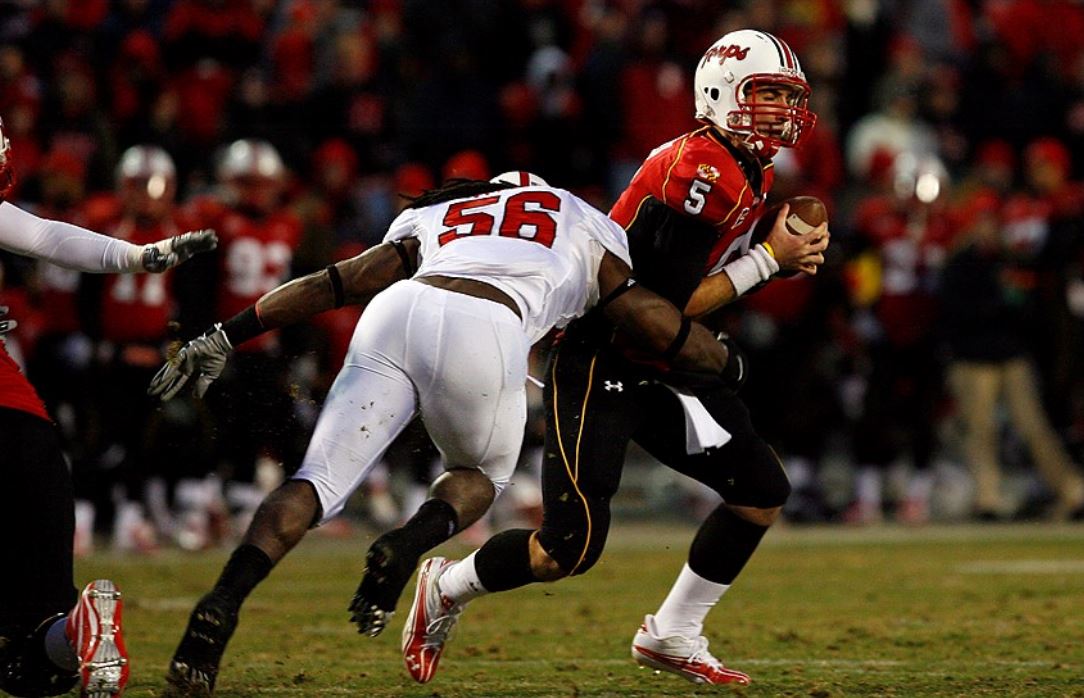 In a 4-part series, we caught up with Irving to discuss him time in Raleigh among other things. In the next section, we talk about what led Irving to Raleigh.

An Overlooked Player from a Small School

Out of small Wallace Rose-Hill High School, Irving didn’t rank among the top 1,000 recruits, according to his 247Sports profile. Wallace Rose-Hill was a 1A school in the state of North Carolina — the lowest classification.

“I don’t care about what ‘A’ you’re in,” Irving said. “You still got to step on that field and play. I don’t care how big you are or how many A’s your school has, if you can’t play football then you’re no good. And I hate how people think 1A players can’t ball. If you go down to 1A, where like you said, there’s not a lot of people, these guys are athletes. They’re playing both ways; they don’t come out of the game. I know a lot of 1A ballers that would’ve went to bigger programs like 4(A) and 5A and shut it down. I hate when I hear people talk about, ‘he went to a 3A or 4A’, what’s that mean? They have a lot of people, that’s all that means.”

From Teachey to Raleigh

Coming from a small school in Teachey, Irving had just three FBS offers. The other two were from East Carolina and Vanderbilt. Irving had enjoyed watching the Wolfpack play defense.

“Before I even knew I wanted to play football, I was watching those guys and I was just thinking, ‘man that looks fun’,” Irving said. “I like the way those guys did it. Then you see Mario (Williams) and Manny (Lawson) coming off the edge. I actually wanted to be a defensive end. They were my favorite players.”

Football however, wasn’t all that was appealing about NC State for Irving. In fact, Irving saw it as an avenue for an education rather than a career aspiration.

“Another reason was I wanted to study to become a veterinarian,” Irving continued. “And this was the top school in the state for that. So I was like, ‘OK, I’ll get there and do that and become a vet.’ I didn’t even think about playing pro football.”

As a recruit, wide receivers coach Dwayne Dixon was Irving’s primary recruiter. Irving said the two built a close relationship throughout the process.

During his time with the Wolfpack, Irving was one of the most beloved players on campus. Irving said he felt appreciated by NC State and wanted to know that the appreciation was reciprocated.

“I think there were a lot of reasons,” Irving said about being a fan favorite. “But I only wanted to go out and perform the best I can for this school, man. I didn’t want to cheat myself, cheat my teammates, and I didn’t want to cheat the fans. I felt like we were all a part of something. You just didn’t want to take that stuff for granted. I truly do appreciate it. And it was easy.

Aside from the individual accolades, Irving was proud of the team accomplishments during his time in Raleigh. Included in that, he said, was defeating rival North Carolina every year.

“Every freaking time, you hear these guys talk ‘oh we don’t care’,” Irving said of the Tar Heels. “First of all, they always came in to play you and it’s always ‘top-5 this, top-10 that, they got this, they get that’. And you hear them over there ‘oh you ain’t our rival; this, that, and the third’. And you get to the game and you can tell, you can tell what’s what. And then to just sweep them that whole time — it just felt good, man.”

During Irving’s time at NC State, three of the four wins over North Carolina came by four points or less. That included a 41-10 beatdown of a ranked North Carolina team in 2008.

“It’s a sense of pride,” Irving said of the wins. “I was representing for us. I wanted to make sure we got the representation out of it.”