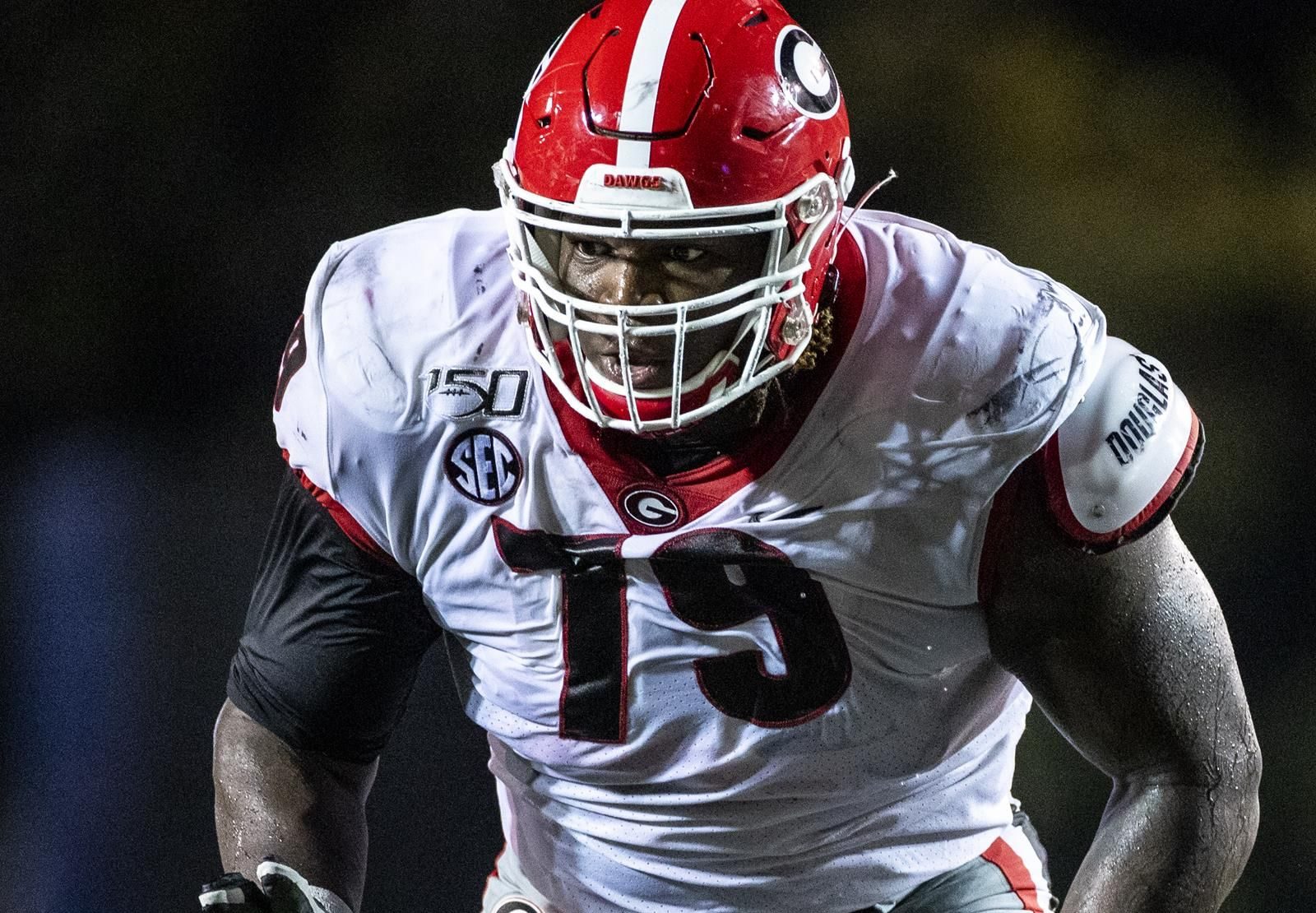 Isaiah grew up in Brooklyn, which isn’t known for producing NFL talent. Even so, he was a top-20 prospect coming out of high school on his way to the University of Georgia. His recruit status and his future as an NFL player is largely due in part to his God-given ability and size – standing at a massive 6-6, 350 pounds.

As mentioned above, he’s absolutely massive. He possesses elite size, even by NFL standards. Wilson is relatively inexperienced as a collegiate offensive lineman, only playing two seasons in Athens. Some may categorize that as a weakness, but think about how much he can develop under NFL coaching. He’s already improved in his time at Georgia. And he’s not done developing. He’s already very efficient at sealing off blocks in the run game, creating running lanes for his running back.

With inexperience comes a number of aspects to improve – one of which is his footwork. His lateral movement is sub-par for an immediate NFL starter. That’s to be expected, given his size and inexperience. Due to his below-average footwork, he gets off-balance when matched up against speed rushing defenders. Once a rusher gets parallel with his hips, he struggles to recover to a position where he can engage defenders with his large frame.

The Titans drafted Wilson knowing that he’s a bit of a project with tremendous upside. He’s not an immediate Day 1 starter, especially with the projected shortened training time prior to the 2020 NFL season. After some development at the hands of Tennessee, he could blossom into a fixture on their starting offensive line. If Wilson gets his footwork and technique even close to the level of elite that his size is, he’ll be a perennial pro-bowler. Pair his size with above average technique and the Titans have themselves a top 25 NFL offensive lineman.