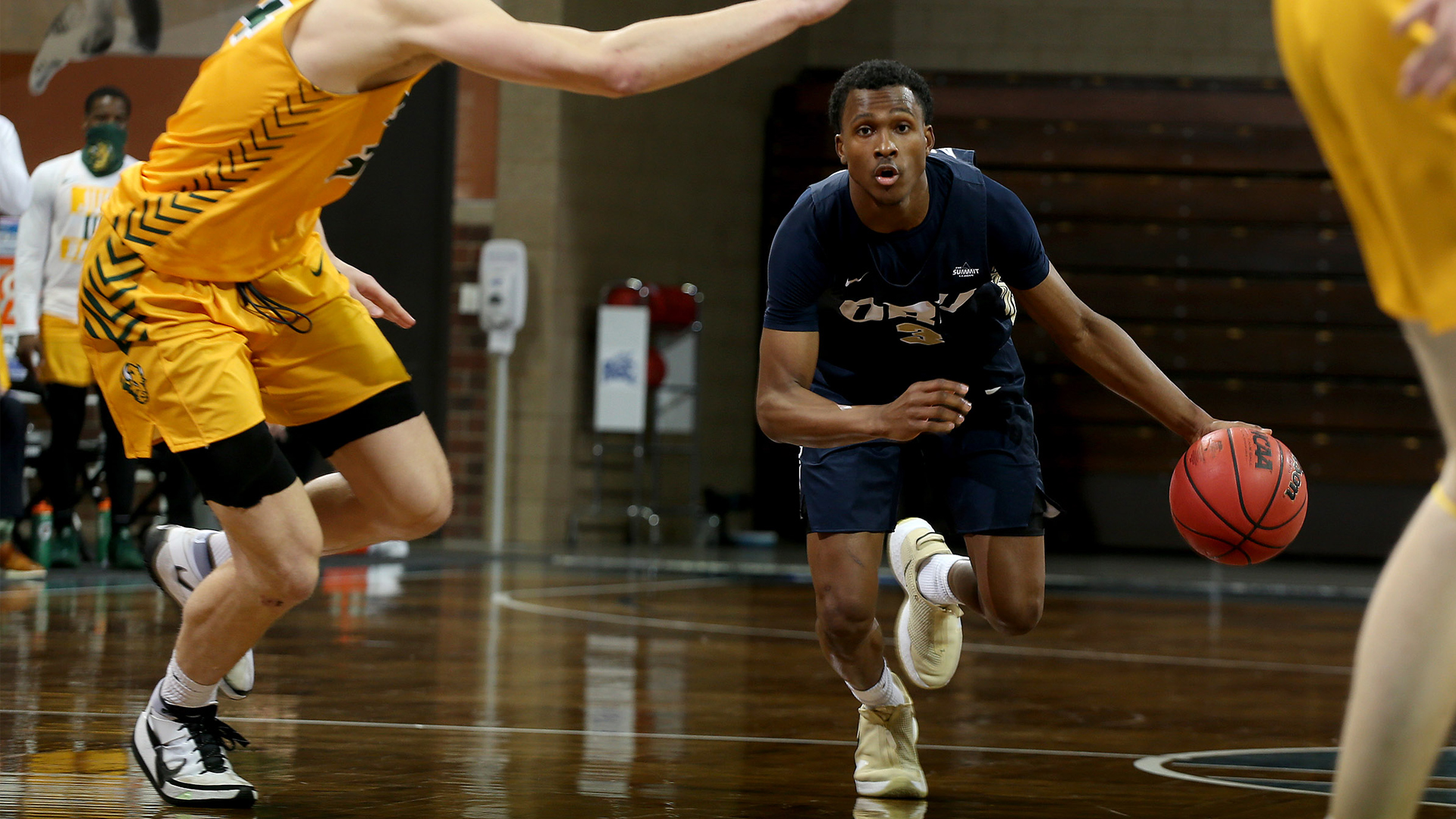 The NCAA Tournament is an event our country lives and breathes year in and year out. That’s why it was so dearly missed last year.

For almost a month, brackets are filled out in mass, bets are placed like money grows on trees, and people take sick days to take in a full day of March Madness. It also is seen as an opportunity.

Many mid-majors around the country, including those from the 12 different conferences that will only send the conference champion to the “Big Dance,” see this as an opportunity to showcase themselves, their brand, and their university.

Winthrop head coach Pat Kelsey’s team has won back-to-back Big South titles. The Eagles had to win their conference tournament again after being denied the inevitable bid to March Madness following the outbreak of COVID-19. They did it with ease.

The Eagles were not challenged, as they finished the season 23-1 and 17-1 in the Big South. In the process, they earned the conference’s highest seed in recent memory in the NCAA Tournament as a No. 12.

“We had to do it the hard way,” Kelsey said.

The future Power 5 head coach raved at the opportunity to compete in this year’s tournament, even with the circumstances. He marveled at the salmon brought to his Indianapolis hotel room.

Kelsey also mentioned the fact that he can tell recruits about the experiences when they get to the tournament, naming the world-class hotels, food, and the exposure that comes with playing on national TV.

“Whenever you have an absence of a tournament, and you’re being selected and earning the right to be in this format….we’re thankful to be here,” said Cleveland State head coach Dennis Gates, whose team won the Horizon League.

“Here we are representing Cleveland State University and the Horizon League,” Gates said. “…We’re thankful to be here.”

When asked about embracing the underdog role, Gates said his team “don’t talk about that”.

“We just talk about being our very best….at the beginning,” the second-year head coach said. “I talked to our team about April 5, which is the day of the national championship game.”

Star guard Torrey Patton said that he’s “enjoying every moment of it.”

Abilene Christian, who won the Southland Conference for the second time in three years, echoed the same sentiments.

“It’s an incredible opportunity for us to represent Abilene Christian,” head coach Joe Golding said. “Usually in these tournaments, you’re there two days and if you lose, you’re right back home. We’ll get the opportunity to stay here a week (with the quarantine) and experience this….so hopefully our guys will be able to enjoy the full experience.”

Golding’s team will face in-state foe and Big 12 champion Texas in the first round of the NCAA Tournament.

“I can’t tell you how excited we are to be here in Indianapolis and to be a part of what we think is one of the more spectacular events of the year, in March Madness,” Jordan said. “As a group, this is what we started practicing for back in November, and now that we’re here, we couldn’t be more excited….we’re certainly glad to be a part of it.”

The third-year head coach thinks the Tigers can make a run.

“I think we have the right nucleus of guys and I feel the chemistry of this team is right,” he said. “We have quality play from our point (guard spot) and post guys…..it’s all about playing well at the right time. Everything we need, we have.”

“(It’s) just a blessing to be here,” said Texas Southern star guard and Oklahoma State transfer Michael Weathers. “It’s been something we’ve been looking forward to the whole season. I think there’s a lot of magic that goes on in March and we’re one of those teams that can pull off some magic and can bust some brackets.”

Spiker’s Dragons were the No. 6 Seed in the CAA Tournament, upsetting No. 3 Seed College of Charleston and No. 2 Seed Northeastern to reach the conference final and ultimately the “Big Dance” for the first time since 1996.

The fifth-year head coach believes his team can become the second No. 16 seed to take down a No. 1 when it takes on Illinois on Friday at 1:15 p.m. ET.

The Dragons however, are in a unique position. While a mid-major, Drexel plays in one of the nation’s largest cities in Philadelphia. The head man said there is a sense of pride when representing the city.

“We talk about that a lot,” Spiker said.

A Team To Watch Out For

Oral Roberts, champions of the Summit League, has rattled off five in a row to win its conference tournament as a No. 4 seed.

Now a No. 15 seed in the NCAA Tournament, it’ll face off against No. 2 Seed Ohio State on Friday from Historic Hinkle Fieldhouse at 3 p.m. ET.

“We’re obviously excited to play in the NCAA Tournament,” said head coach Paul Mills. “Less than 20% of teams in college basketball get this experience…so excited and anxious to go.”

The Golden Eagles will be making their first tournament appearance since 2008.

“There’s no nerves,” Mills said. “It’s more a level of excitement then anything else.”

Oral Roberts boasts the nation’s leading scorer in guard Max Abmas, who averages 24 points per game. If nothing else, the Eagles will be a fun team to watch.

Mills said that the exposure of playing in March Madness is huge for the university and the community that surrounds it.

“What do you think a two-hour spot on CBS would cost to advertise?” he joked. “Like 50 million bucks? We get to prove who our guys are, we get to prove that our opportunity is legit and we get to battle a really good basketball team. I mean, what more can you ask for?”

The first game of the tournament will feature two mid-majors in the aforementioned First Four match-up between Texas State and Mount St. Mary’s. They’ll play for the right to face the No. 1 seed in the East Region — the Michigan Wolverines.