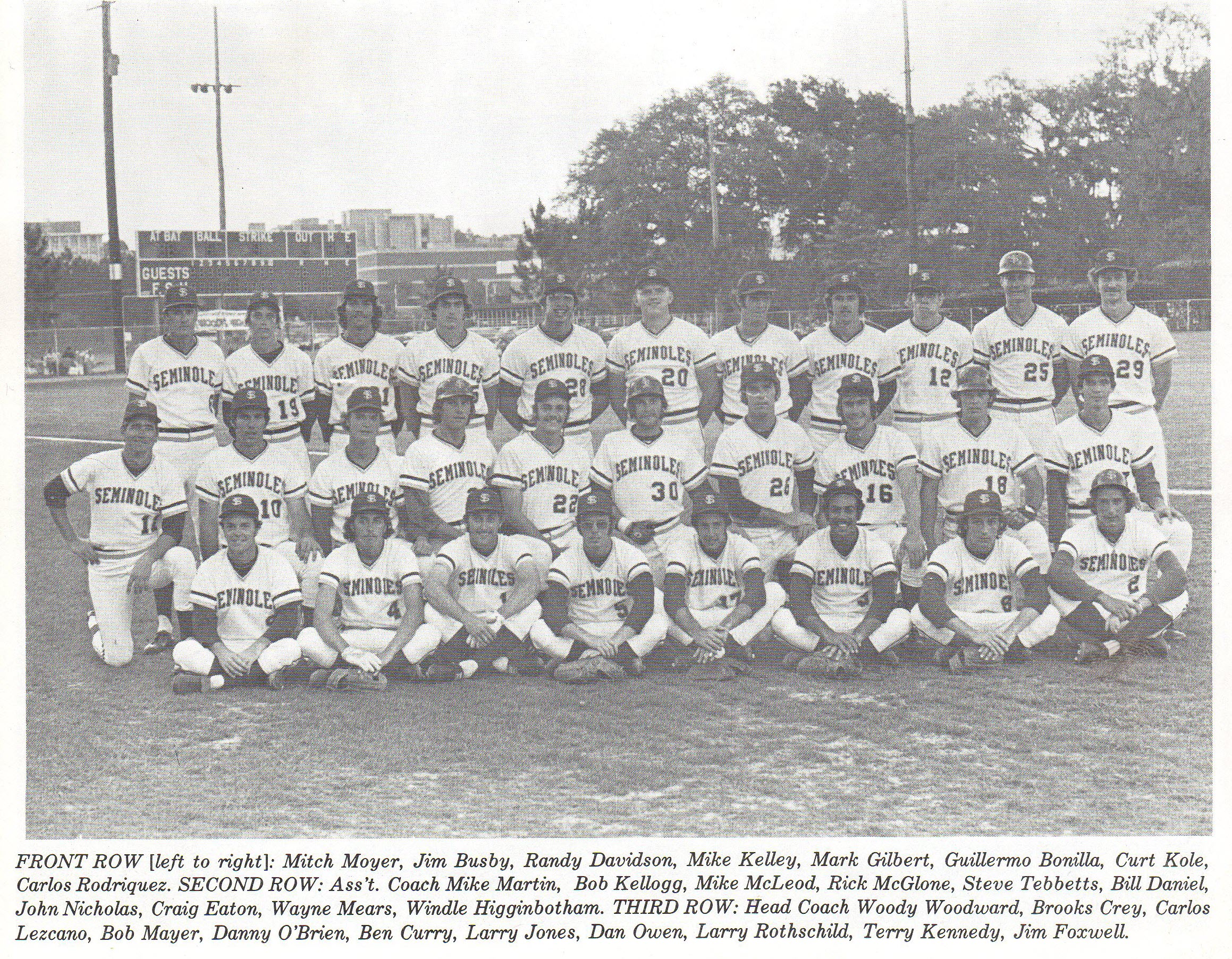 Florida State and Omaha have become no stranger to one another over the years. The Seminoles have not been able to claim college baseball’s ultimate prize, but they have reached the College World Series 23 times.

On this day 45 years ago, they clinched that trip for just the sixth time. They did so in dramatic fashion and against a rival. On May 25, 1975, FSU rallied from four runs down early and a run down in its final at-bat to top Miami, 6-5.

The Seminoles were sent to Starkville as part of the South Regional. Joining them were Miami, LSU and Murray State.

FSU opened the regional with a 1-0 win over Miami in which starter Danny O’Brien pitched a 2-hit shutout. After a 4-2 win over LSU, the Seminoles have two chances to beat Miami to reach the College World Series.

After losing the regional opener to FSU, the Hurricanes notched an 8-7 win over Murray State before handling LSU, 8-1. Early on, it looked like momentum would continue into a winner-take-all. When all was said and done however, Miami couldn’t get FSU first baseman Bill Daniel out.

Daniel had drove in three of the four FSU runs as he stepped to the plate in the top of the ninth inning with the Seminoles trailing 5-4. With two men on and two out against Miami’s Stan Jakubowski, Daniel plated a pair of runs with a screaming double. For the first time, FSU had the lead, 6-5.

That lead would hold up for FSU as Larry Rothschild worked a perfect ninth. Rothschild retired all five batters he faced to earn the victory for FSU.

For the first time in five years, the Seminoles were bound for Omaha.

Things couldn’t have started much worse for Florida State as starting pitcher Danny Owen failed to last an inning. The Hurricanes pushed across four runs — three earned — in the bottom of the first inning.

Trailing 4-0, Daniel got the Seminoles on the board and cut the lead in half in the fifth inning with a 2-run home run. After an RBI double earlier in the inning by Wayne Mears cut the lead to one, Daniel’s RBI single evened the game at four in the top of the eighth.

The Hurricanes went ahead in the bottom of the eighth on doubles from Phil Lomedico and Rick D’Innocenzio. Rothschild was able to halt any further damage.

For FSU, there was no doubt that it was Daniel’s day. Daniel finished 3-for-5 with five RBIs. Guillermo Bonilla was also 3-for-5 for the Seminoles with a pair of runs scored.

Steve Tebbetts was 2-for-4 with a run scored for FSU. For Miami, D’Innocenzio and Joe Vega were each 2-for-3 with an RBI.

Rothschild may have picked up the win on the mound for the Seminoles, but Craig Eaton was also outstanding in relief. Eaton allowed just a run on seven hits in 6.2 innings of relief.

Following the win over Miami, FSU looked like a legitimate national championship contender. Unfortunately, that would be FSU’s final win of the season.

After dropping a 10-inning heartbreaker to Eastern Michigan to open their stay in Omaha, the Seminoles were blanked by Seton Hall, 11-0. Still, FSU had a successful season by reaching the College World Series.

Ending a rival’s season to do so made it even sweeter. That’s what happened on this day four and a half decades ago.