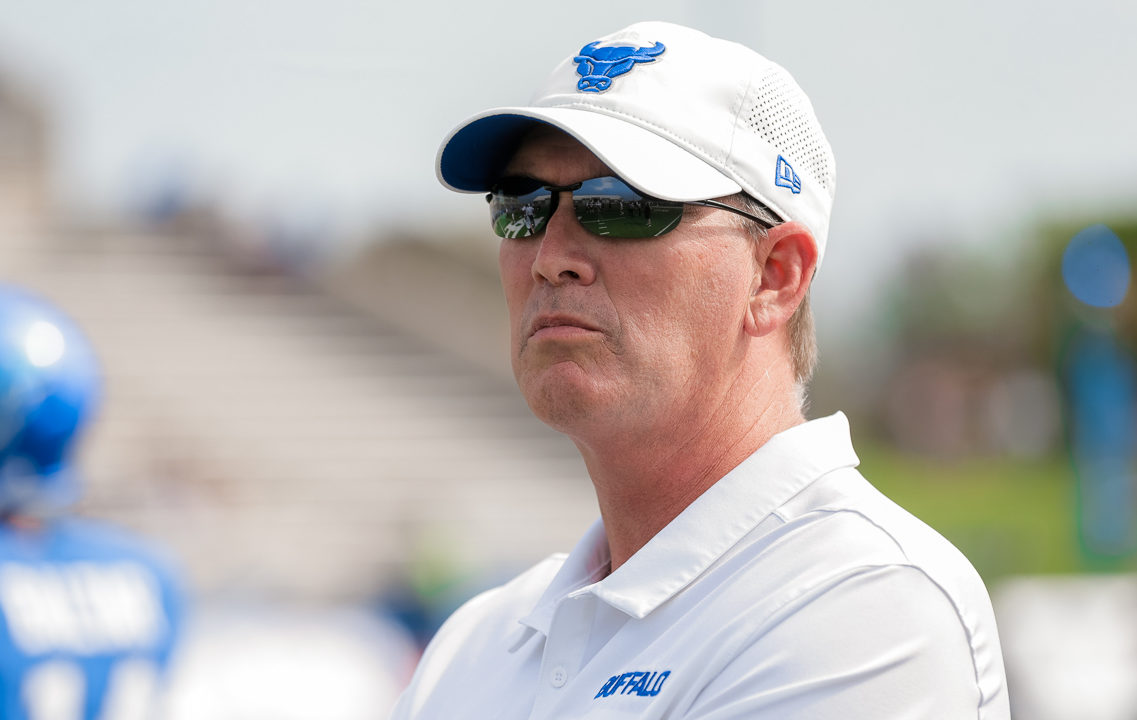 Teams go through a list of candidates, swiping left and right until they find their perfect match. Alabama “swiped right” on Nick Saban, as did Clemson with Dabo Swinney. It’s a perfect app and it doesn’t have the same bad pickup lines.

While more Power 5 jobs are likely to open up in the future, these jobs will take the limelight. Each job will likely have a list of fitting candidates, all with different experiences.

The Kevin Sumlin tenure at Arizona was… rocky. After three seasons in charge, Sumlin departs Tucson with a 9-20 record. Over their last 12 games, the Wildcats failed to win a game, including two losses to rival Arizona State. At this point, it’s pretty safe to say that it’s truly Bear Down for the Wildcats.

Arizona needs a football coach and it needs one now. The potential to win at Arizona is there, especially with the state being a fertile ground for recruiting.

The rough record at San Jose State may turn some people off, but he acquired a rough situation. Before taking over, San Jose State had won just one bowl game between 2013 and 2016 and didn’t finish with more than six wins in that same time frame. After going 2-11 and 1-11 in his first two seasons, Brennan is now 6-0 in his fourth season in charge.

Brennan’s offense has been highly efficient this season. The Spartans rank 43rd in offensive SP+ and 57th overall. This season, the Spartans are averaging 30.3 points and 433.7 yards per game. In six games, the Spartans have turned the ball over just five times.

Brennan doesn’t have the most ties to Arizona but he did serve as a graduate assistant in 2000 under legendary coach Dick Tomey. He’s also a West Coast guy through and through, being born in California and playing college football at UCLA. The move makes too much sense.

Illinois needs a coach who can rebuild the program and Lance Leipold of Buffalo makes a ton of sense.

Leipold began coaching at Buffalo in 2015, after winning six Division III national championships with Wisconsin-Whitewater. Since then, the Bulls have turned into a formidable Group of 5 program. They’ve made the MAC Championship game twice (2018 and 2020) and made two bowl games, winning the Bahamas Bowl in 2019. Overall, Leipold is 36-32 as Buffalo’s head man.

After going 17-37 under Lovie Smith, Illinois needs to find a way to get back into the fold of the Big Ten. Having a coach like Leipold, with plenty of experience in the Midwest, will help that in the long term.

Another year means another year of Billy Napier getting his name thrown into the hat of every Power 5 head coaching job. Last season wasn’t much different than this season in that sense.

Napier’s name was listed as a candidate for the South Carolina opening and Napier even, according to reports from The Athletic, talked with South Carolina officials about the job. Napier obviously didn’t take the job. That now belongs to Shane Beamer.

With the Auburn job available, Napier’s name is once again being listed as a candidate. This time, however, it just makes too much sense.

Napier has experience coaching in Alabama, coaching the Crimson Tide’s wide receivers between 2013 and 2016. Over that time, the Crimson Tide saw Amari Cooper, Calvin Ridley and Ardarius Stewart put up solid statistical numbers at wide receiver. From 2006 to 2010, Napier coached at Clemson.

From 2015 to 2017, Louisiana was a meddling Sun Belt program. It had made a bowl game once but in the other two seasons, finished the regular season with an under-.500 record.

Does Auburn need a home run hire at head coach? No, but it does need to make the right hire. Napier’s experience is in the south and Napier has experience coaching and recruiting in Alabama. The only question that remains is if Napier is willing to depart Louisiana for Auburn.