Column: Sarah Fuller’s Kickoff Was More Than Just Another Kick 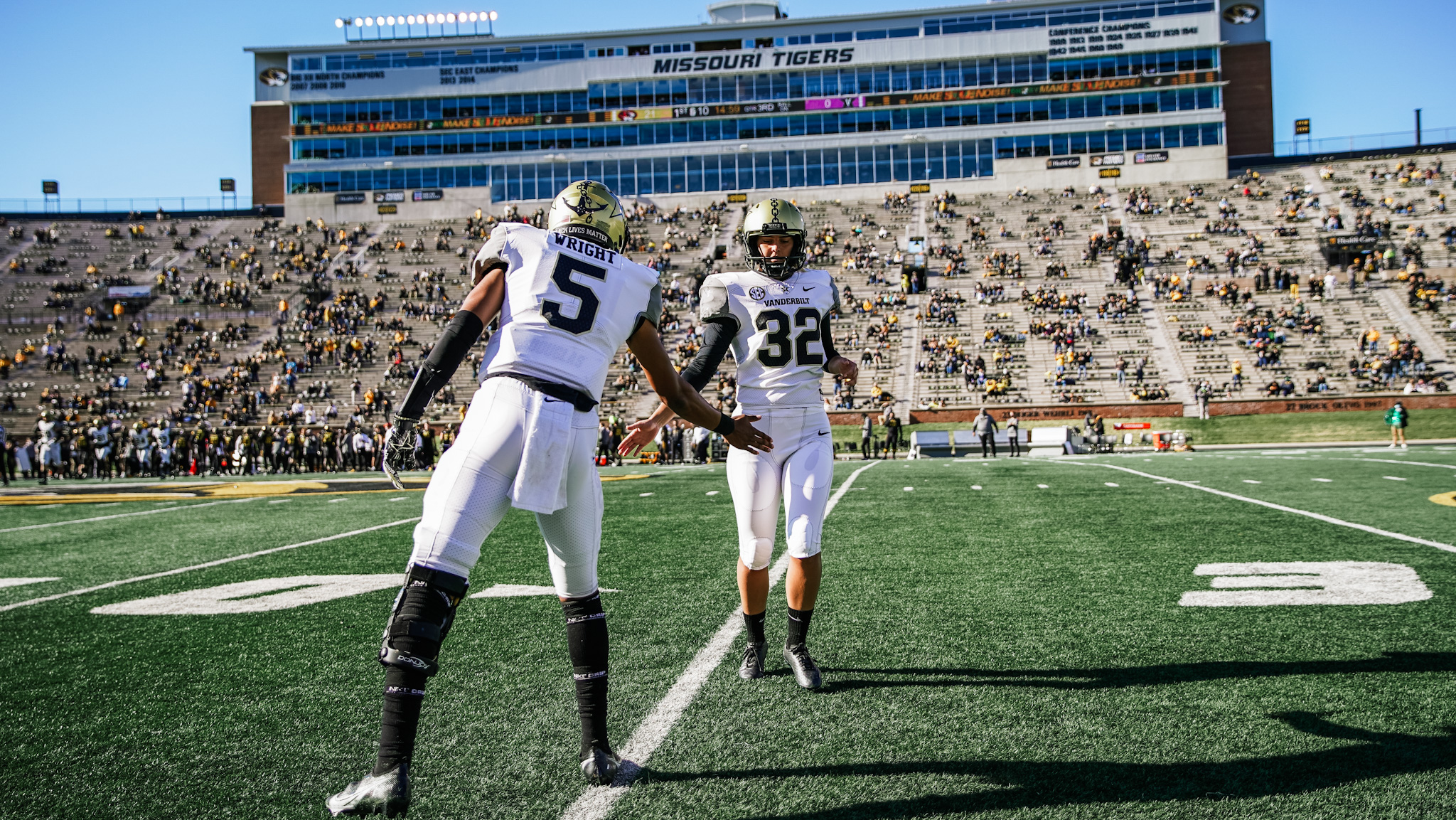 Before a second-half kickoff in a game between an average SEC program (Missouri) and a winless SEC program (Vanderbilt), when was the last time there was true history in college football?

Not the history where a player breaks a statistical record. Buffalo running back Jaret Patterson almost did that against Kent State (he was 18 yards short of the record for single-game rushing yards) on Saturday and that itself, was fun to watch. Former LSU quarterback Joe Burrow also broke some records during his earth-shattering 2019 season.

I’m talking real history because that’s what defined the matinee SEC game between Missouri and Vanderbilt.

Due to COVID-19 problems within Vanderbilt’s program, the Commodores traveled to Missouri with a new kicker. The kicker wasn’t a member of the program before the week started. In fact, this kicker was playing in an SEC Championship soccer match just a week before.

Sarah Fuller made history on Saturday… real history. Her second-half kickoff against Missouri will become the most famous (and talked about) kickoff in college football history. It will rival any kick return touchdown or late-game onside kick that can be thought of because the history made was truly special.

With that one kickoff, Fuller became the first woman to play in a Power 5 game. Fuller is only the third woman to play in an FBS game, joining Katie Hnida (New Mexico) and April Goss (Kent State). Hnida first accomplished the feat in 2003 against Texas State, kicking two extra points. Goss kicked an extra point against Delaware State in 2015.

Fuller’s kickoff wasn’t some beautiful boot into the back of the end zone like some would have hoped. Instead, it was a well-placed squib kick to the boundary of the field, giving Missouri the ball at its own 35-yard-line, but limiting a return by the Tigers’ return unit.

HISTORY MADE 👏@VandyFootball’s Sarah Fuller is the first woman in college football history to play in a Power 5 game. pic.twitter.com/zhSaLqa3Bg

“That was designed for her because that’s what she’s used to striking,” Vanderbilt head coach Derek Mason told reporters following the game. “We tried to go with the most natural kicks in her arsenal. Tried not to overcoach her but let her do and understand what felt comfortable to her and that’s what we went with. I thought she punched it just like she needed to.”

Here’s the thing: Sarah Fuller’s kick wasn’t a publicity stunt. Vanderbilt needed a kicker and no students were on campus. The school doesn’t have a men’s soccer program (they haven’t had one since 2006). The women’s soccer program was under SEC COVID-19 protocols and a goalkeeper kicks many kicks that are similar to placekickers in football.

“Listen, I’m not about making statements. This was out of necessity,” Mason told the media. “You look at our week, our students had gone home. The ability to have access to students and tryouts was almost nil, in terms of who was available, with everyone going home for the holiday break.”

Fuller had kicked for four days before the game, and yet social media felt the need to dissect every small part of the kick. Fuller did something most normal human beings can’t do.

She also did something some college kickers struggled to do. On the same day, kickers Mitch Jeter (South Carolina) and Jake Camarda (Georgia) both had kickoffs sail out of bounds in the first quarter.

All that to say, kicking isn’t an easy job for anyone. It requires a sense of rhythm and confidence that most people can’t accomplish. Most normal people couldn’t hit a short field goal, even if they claim they can. Yet, Fuller’s kick was more criticized than any missed field goal or poor kickoff from the weekend.

Kickers at all levels execute similar kicks to what Fuller did. It’s a normal kick to try and gain an extra possession or limit a return. The only difference is that most kickers executing these kicks are men playing in a sport exclusively with other men.

However, the best part of the kick was the positive reactions from young women across the country. Parents watched the kick with their young daughters, who were left inspired by the history taking place. Fuller showed these young women that they could play football; it showed them that anything is possible.

“I just want to tell all the girls out there that you can do anything you set your mind to,” Fuller told the SEC Network broadcast immediately following the game.

Here's why the Sarah Fuller story is awesome, whether she plays today or not. My teenage daughter came downstairs just now and immediately said, "Let's check in on the Vanderbilt game." pic.twitter.com/kh1QarFbH9

Fuller’s kick was the best thing to happen to college football in a while. In a sport where history is hard to come by, Fuller’s kick was exactly that. And contrary to what some will have you believe, it wasn’t a “Make-A-Wish Kick” or a publicity stunt. It was simply another woman trying to do her job without being overly criticized for doing so.

Here’s to hoping Fuller, who has expressed her possibility of continuing to kick with Vanderbilt, gets a chance to silence the doubters (again) and kick one through the uprights against Georgia.