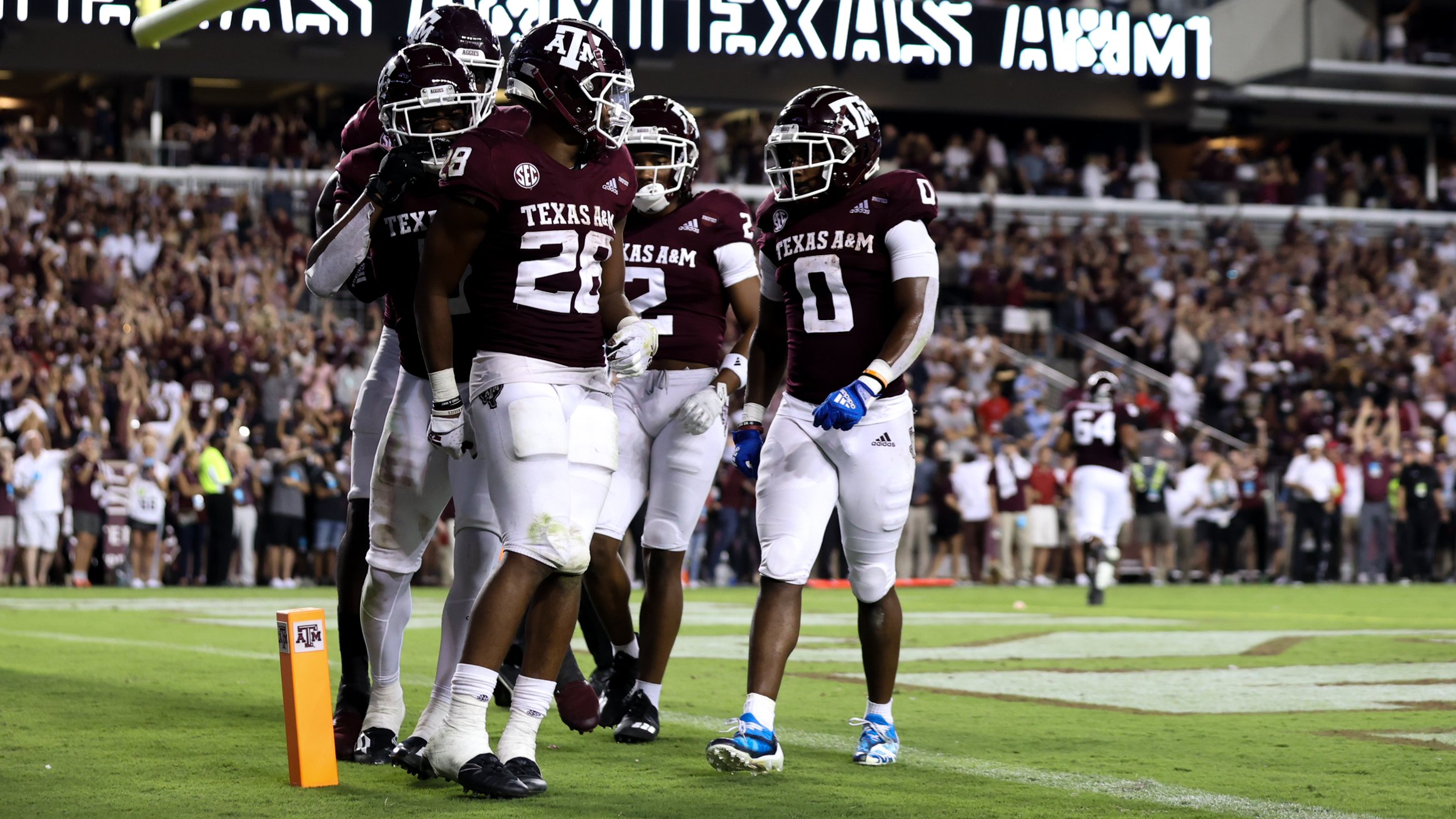 Mighty Alabama has gone down.

The Aggies hosted the top-ranked Crimson Tide on Saturday night and left with a thrilling 41-38 victory. That win earns Texas A&M the distinction of Fifth Quarter/CFBHome Team of the Week.

Texas A&M twice led by 14 on Saturday, but unsurprisingly, Alabama made a run. The Crimson Tide scored 21 straight points to take a 38-31 lead with five minutes remaining. Quarterback Bryce Young found a wide-open Jameson Williams for the go-ahead score and then the 2-point conversion.

The Aggies however, refused to roll over. It took just six plays and two minutes to go 65 yards for the tying score as Zach Calzada hit Ainias Smith for the game-tying 25-yard touchdown.

After allowing four straight scoring drives, the Texas A&M defense stood tall when it mattered most. The Aggies forced a 3-and-out and marched into field goal range.

On the final drive, Calzada completed a pair of passes for first downs to go with an 11-yard scramble. With no time remaining, Seth Small knocked through the game-winning 28-yard field goal to lift the Aggies to victory.

Coming into Saturday’s contest, Texas A&M had struggled mightily on offense. In the victory however, Calzada shined brightly, passing for 285 yards and three scores. Smith led the way receiving with six catches for 85 yards and two scores. Isaiah Spiller finished with 91 yards from scrimmage and a rushing touchdown.

Devon Achane gave the Aggies a spark on special teams with a 96-yard kickoff return for a touchdown. Defensively, Tyree Johnson tallied two sacks while Demani Richardson came down with an interception. The 41 points ties a season-high for Texas A&M.

Young, Williams and Brian Robinson Jr. all had big nights for Alabama. Young passed for 369 yards and three touchdowns. Robinson rushed for 147 yards while Williams led all receivers with 10 catches for 146 yards and two touchdowns.

Entering Saturday, Alabama had won 100 straight games against unranked opponents. The last such loss for the Crimson Tide coming in came at the hand of Louisiana-Monroe in 2007.

Texas A&M head coach Jimbo Fisher also became the first former assistant of Alabama head coach Nick Saban to beat his former boss. Saban had been 24-0 prior to Saturday night’s game in College Station. Fisher worked as offensive coordinator under Saban at LSU from 2000 to 2004.

Texas A&M moves to 4-2 overall and 1-2 in SEC play with the victory. The Aggies will now hit the road to take on Missouri on Saturday. That contest begins at 12 p.m. ET and airs on SEC Network.

Alabama will try to avoid losing consecutive games for the first time since 2013 when it visits Mississippi State on Saturday. The contest in Starkville begins at 7 p.m. ET and airs on ESPN.