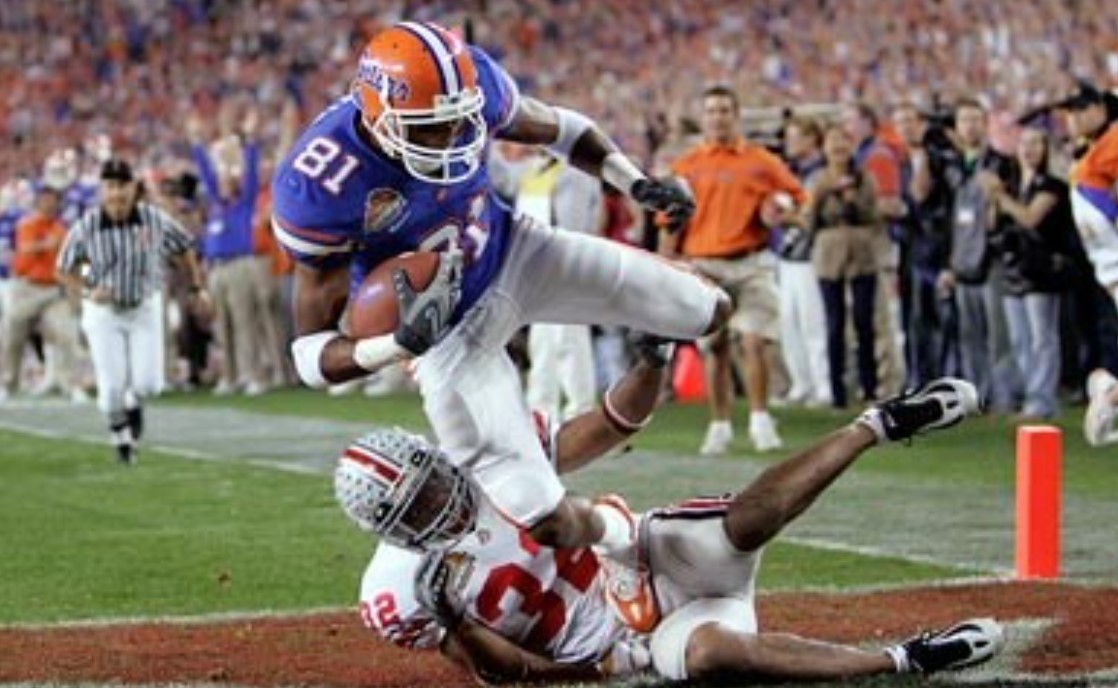 The Bowl Championship Series was incepted in 1998. Originally, there were four bowls that made up the BCS.

In 2006, there came a fifth game called the “BCS National Championship”. It rotated between the four previous BCS bowl locations.

It was first played on this day 15 years ago. In a surprising rout, Florida reigned supreme with a 41-14 shellacking of Ohio State.

No. 1 Ohio State was 12-0 and a 7-point favorite as it arrived in Glendale, Ariz. on Jan. 8, 2007. Under head coach Jim Tressel, the Buckeyes had played just two games decided by seven points or less all season. Led by Heisman Trophy winning quarterback Troy Smith, Ohio State was searching for its second national title in five years.

Florida was 12-1 and champions of the SEC. The No. 2 Gators were no stranger to close games. Throughout the season, Florida had played five games decided by a touchdown or less. On college football’s biggest stage, Urban Meyer’s team played its best game.

Things couldn’t have started much better for Ohio State in Glendale. Ted Ginn Jr. returned the opening kickoff 93 yards for a touchdown to give the Buckeyes a 7-0 lead. Little did they know that would be one of their few highlights.

Florida scored touchdowns on each of its first three drives and scored on six of its first seven. After a touchdown pass from Chris Leak to Dallas Baker on the opening march, Percy Harvin rushed for a 4-yard touchdown to put Florida ahead for good. After DeShawn Wynn scored from two yards out on the first play of the second quarter, Ohio State showed some sign of life.

It took less than 90 seconds for Ohio State to go 65 yards. Antonio Pittman scored from 18 yards out to cut the deficit to 21-14, but the Buckeyes would not score again.

After a pair of field goals from the maligned Chris Hetland, freshman Tim Tebow found Andre Caldwell on a short touchdown toss to give Florida a commanding 34-14 lead at the break. The defense did the rest for the Gators.

Ohio State finished with just 82 yards of offense as Smith was under constant pressure. The Heisman winner passed for just 35 yards in the loss. He was also interception once by Florida’s Reggie Lewis.

Leak passed for 213 yards while Harvin led Florida with 82 yards from scrimmage. As a team, Florida finished with 370 yards on offense. Tebow capped the scoring with a 1-yard touchdown run with less than 11 minutes remaining.

With the loss, Ohio State settled for a No. 2 finish in the polls. The Buckeyes would return to the BCS National Championship the following season, but fall to LSU, 38-24.

For Florida, the victory gave the Gators their first national championship in 10 years and second overall. The Gators would win a second title under Meyer two years later.

In 2014, Meyer led Ohio State to a national championship in the first year of the College Football Playoff. For fans in Columbus, that perhaps rectified the damage that Meyer’s Florida team did on this day 15 years ago.