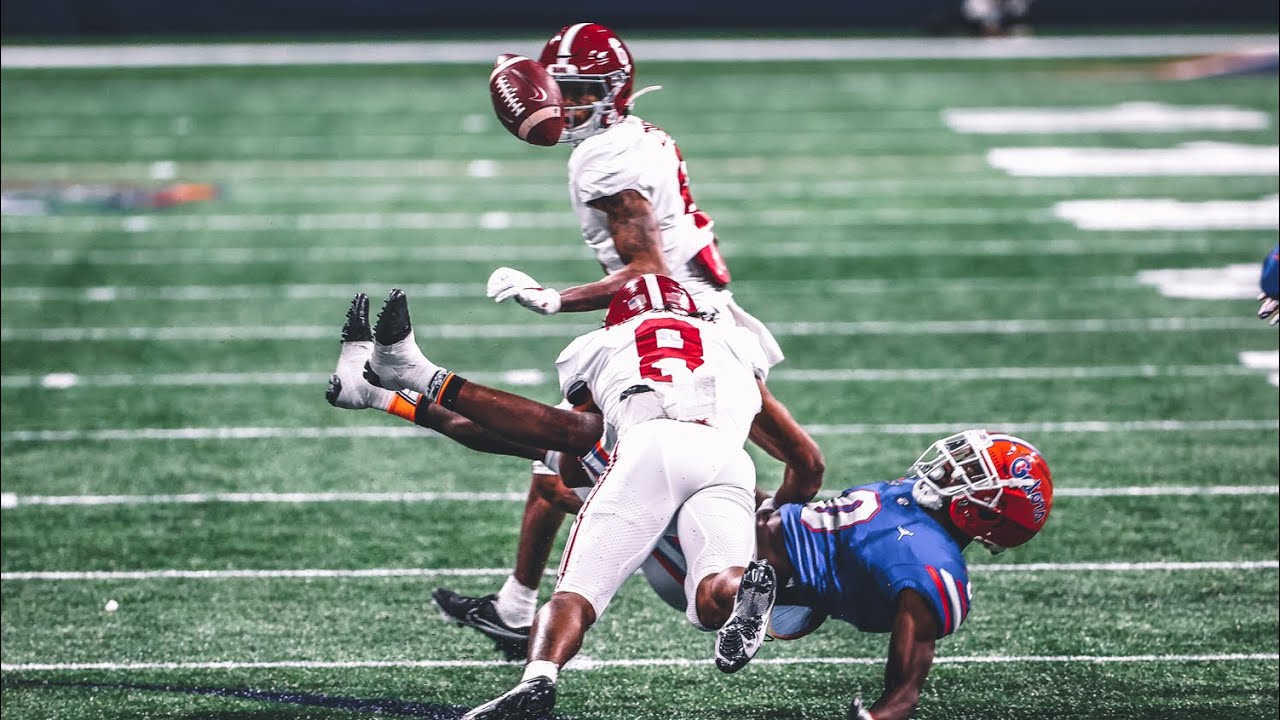 If Saturday’s contest at Ben Hill Griffin Stadium is half as good as last season’s SEC Championship, fans are in for a real treat.

No. 1 Alabama will be making the trip to Gainesville to take on 11th-ranked Florida. The Crimson Tide topped Florida in last season’s conference title game 52-46 and are riding a 16-game winning streak dating back to the end of the 2019 season.

Both teams are off to a 2-0 start. After an impressive win over Miami to open the year, the Crimson Tide rolled Mercer in Week 2. The Gators have a pair of easy victories over in-state foes, Florida Atlantic and South Florida.

The quarterback position will be one to watch on Saturday. Emory Jones has started the first two games for Florida, but redshirt freshman Anthony Richardson has given the team a boost, particularly with his legs. Richardson has 275 yards rushing and two scores this season on just 11 carries. He did tweak his ankle in last week’s 42-20 win over USF.

With Mac Jones now impressing with the New England Patriots, Alabama head coach Nick Saban has seen little drop-off at quarterback from Bryce Young. Young is completing 71% of his passes and has seven touchdowns and no interceptions through two games. Jameson Williams, John Metchie and JoJo Earle all have more than 100 yards receiving on the season, but as a team, Alabama is averaging just 4.2 yards per rush.

Florida lost a ton to the NFL Draft at the skill positions, but thus far, wide receiver Jacob Copeland has shined. Copeland has six catches for 190 yards and two touchdowns. Behind Richardson, Jones is the leading rusher for Florida.

Defensively, neither team has allowed more than 20 points in any game yet this season. For the Gators, linebacker Ventrell Miller and cornerback Kaiir Elam are the headliners, but Zachary Carter made his presence felt in the opener with three sacks.

Statistically, Alabama hasn’t been elite defensively, but all opposing touchdowns have been scored in the second half and largely against reserves. Henry To’oTo’o, Christian Harris and Will Anderson are perhaps the best group of linebackers in the country. Josh Jobe headlines a loaded secondary.

Dating back to the 2009 SEC Championship, Alabama has won seven straight in the series. Saturday’s contest will be the first regular season meeting since 2014. The teams have not met in Gainesville since a 38-10 win for the Crimson Tide in 2011.

The contest will serve as an opportunity for head coach Dan Mullen and Florida to make a statement. Alabama has not lost to an SEC East opponent since 2010 when it fell to South Carolina. The contest begins at 3:30 p.m. ET and airs nationally on CBS.

UCF (2-0) at Louisville (1-1)
Friday, Sept. 17 at 7:30 p.m. ET (ESPN)
Quarterback Dillon Gabriel leads one of the highest scoring offenses into Louisville to take on the Cardinals. Louisville bounced back from an embarrassing loss to Ole Miss with a win over Eastern Kentucky. This will be the first meeting between the schools since each were members of the American Athletic Conference.
Prediction: UCF 41, Louisville 31

Michigan State (2-0) at No. 24 Miami (1-1)
Saturday, Sept. 18 at 12 p.m. ET (ABC)
After winning a thriller last week against Appalachian State, Miami will try to get over .500 for the first time this season. Michigan State will face its toughest test yet. The Spartans are led by Kenneth Walker — the Big Ten’s leading rusher.
Prediction: Miami 30, Michigan State 27

Fordham (0-2) at Florida Atlantic (1-1)
Saturday, Sept. 18 at 6 p.m. ET (ESPN3)
Florida Atlantic had a dominant performance against Georgia Southern and that was largely due to a career-day from quarterback N’Kosi Perry. Perry passed for 332 yards and four touchdowns in the win. The victory snapped a 4-game losing streak going back to last year.
Prediction: Florida Atlantic 42, Fordham 10

Florida A&M (1-1) at South Florida (0-2)
Saturday, Sept. 18 at 7 p.m. ET (ESPN3)
South Florida should have its best chance for a win after playing a solid second half against Florida last week. The Bulls enter the contest ranked 125th in scoring offense. Jaren Mangham has both of the Bulls’ touchdowns this season.
Prediction: South Florida 37, Florida A&M 13

Atlanta Falcons (0-1) at Tampa Bay Buccaneers (1-0)
Sunday, Sept. 19 at 4:05 p.m. ET (FOX)
The reigning world champion Tampa Bay Buccaneers won a thriller over the Dallas Cowboys last week to run their winning streak to 10 games. Quarterback Tom Brady passed for 379 yards in the victory. This week, Tampa Bay will face one of just two teams not to score a touchdown in Week 1.
Prediction: Tampa Bay 38, Atlanta 16

[…] Fifth Quarter: Florida Football Friday: No. 1 Alabama Visits Florida in SEC Championship Rematch Fifth Quarter: 2021 FSU-Wake Forest Preview and Predictions Noles247: Column: FSU must embody the CLIMB to put themselves in a position to be successful […]