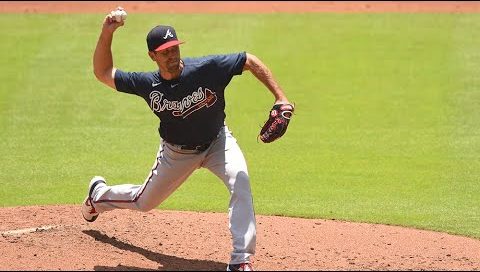 The New York Yankees announced on Wednesday that they have officially signed right-handed, side-armed pitcher Darren O’Day to a one-year contract that extends through the 2021 season. It includes a player option for 2022.

Should O’Day decline the player option, there is a club option for 2022 as well. The Yankees also announced that to make room O’Day on the 40-man roster, they have designated right-handed pitcher Ben Heller for assignment.

O’Day is a Jacksonville, Fla. native and a graduate of the University of Florida. O’Day played for the Gators from 2003-06 and was teammates with former Baltimore Orioles’ infielder Matt LaPorta.

He was signed by the Los Angeles Angels as a non-drafted free agent on May 29, 2006. O’Day has played professionally since, for a total of five Major League Baseball teams during his career. The Yankees will become the sixth.

Prior to signing with the Angels at the end of the 2006 college baseball season, O’Day had the lowest earned run average (2.91) among Gator pitchers. The senior was named to the National Collegiate Baseball Writers Association (NCBWA) Stopper of the Year watch list.

He was 3-2 his senior season and collected eight saves, recording 52 strikeouts over the course of 55.2 innings pitched in 2006. O’Day was also the SEC Pitcher of the Week in February 2006. He ranked second in appearances his senior year with 33.

Over the course of his career at Florida, O’Day was 23-9. He finished his career in Gainesville with 190 strikeouts, just 41 walks, and 78 earned runs over the course of 223.2 innings pitched in 117 appearances for the Gators. He was fourth in saves with 20 collegiate career saves, tied for seventh with wins (23), and tied for ninth in ERA for his career with a 3.14 ERA during his time as a Gator.

O’Day majored in animal biology and was known for excelling in the classroom, as well as on the field. Over the course of his career, he earned many academic honors.

As a senior, he earned Academic All-District III recognition for the third time and became the fourth Florida baseball player to achieve Academic All-America status upon earning third-team honors from ESPN the Magazine. He was Florida’s 2006 H. Boyd McWhorter SEC Scholar-Athlete of the Year Award nominee.

O’Day was a 2015 American League All-Star with the Baltimore Orioles. Unfortunately, he did not get to pitch in the Mid-Summer Classic.

According MLB.com’s Bryan Hoch, O’Day is known to be tough on right-handed batters, limiting them to just a .186 batting average since 2009.

Once a Gator, Always a Gator

Since graduating from Florida in 2006, O’Day has continued to give back to the university. Most recently, O’Day pitched in financially to help the Gators build their new $50 million baseball stadium that opened in 2020.

“Being a Florida Gator is a point of pride,” O’Day said, per Florida’s athletic site. “I think if the former players can stay invested and help support it, it’s going to help perpetuate that cycle of guys going from the University of Florida into the Major Leagues and being successful and giving back.”

O’Day’s leadership gift through Gator Boosters for the naming rights went to the bullpen. According to O’Day, his ties to Florida are bigger than baseball.

He met his wife and CNN reporter, Elizabeth Prann during a speech class in Gainesville. They now have three kids together. As the saying goes, “Once a Gator, always a Gator!”

O’Day will now take his pitching talents back to New York. That’s where he called home in 2009, but this time, he will be in the Bronx wearing pinstripes with the Yankees, where he is expected to join the back end of the bullpen and be a key component in the later innings. He’ll join current Yankees’ relievers, Chad Green and Zach Britton. Once again, Aroldis Chapman is expected to close games for the Yankees.