Column: What Auburn Needs to Close the Gap 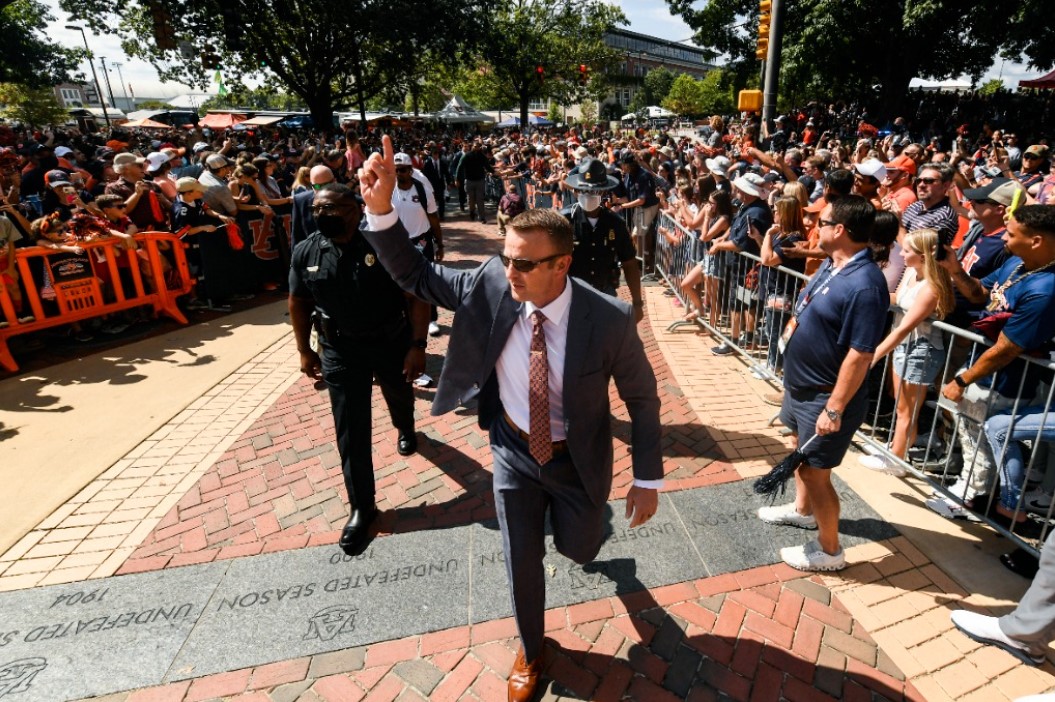 In 2004, Auburn finished 13-0 and plenty think the Tigers were robbed of a shot at the national title.

Six years later, they won a national title and produced a Heisman Trophy winner in Cam Newton. Three years after that, the Tigers won the SEC and came seconds short of another national championship.

Then, in 2017, Auburn was one win away from a College Football Playoff berth. Despite popular belief, Auburn is a program that can and has won at the highest level of football.

The issue with Auburn is what happens between those seasons. In 2008 and 2012, Auburn finished with losing records at 5-7 and 3-9, respectively. Other seasons include 4-plus loss campaigns filled with heartbreak and disappointment at the hands of their rivals.

This past Saturday, the Auburn faithful got that feeling again. Second-ranked Georgia marched into Auburn and beat the 18th-ranked Tigers, 34-10. Auburn could not get any momentum on either side of the ball.

We all know the talent difference. Auburn’s rivals are on another level, but that does not make it any less frustrating. Auburn has lost five in a row to Georgia, which is something it had not done since the 1940s. The Tigers have had marginal success against LSU and Alabama, but there have still been plenty of disheartening performances and losses.

Head coach Bryan Harsin has been called on to bring Auburn back to the championship level that it was once at, but it will be a lot different this time. This is not the same Alabama program that we have seen in the past, and it certainly is not the same Georgia program. Those two teams are the most talented teams in the country every season, and they happen to be Auburn’s two biggest rivals.

Other SEC West programs like Texas A&M, Arkansas and Ole Miss also all appear to be programs on the rise.

For that reason, Auburn is one of the hardest jobs in America. At Auburn, coaches are expected to perform at the level of rivals, but without the same resources.

Regardless of who is coaching Auburn, it has not been gifted what Alabama and Georgia have. It was not until recently that Auburn finally decided to build a football facility. On top of that, Auburn does not show as much financial commitment to recruiting. In short, Auburn is bringing a knife into a gunfight almost every week.

So, what will it take for Harsin to close the gap? It is simple; he has to recruit at a higher level.

In the loss to Georgia, Auburn had multiple breakdowns in protection and dropped nearly double-digit passes. On defense, the Tigers gave up multiple big plays over the top. They simply were overpowered by a more physical Georgia team, which comes down to talent.

To close the gap in recruiting, Auburn does not necessarily have to bring in a top-5 classes every cycle, although that would certainly help. Auburn can recruit at a top-10 or -12 level and still win a lot of games. It just comes down to bringing in impact players and players who will not be a liability.

Impact players do not have to be 5-stars. Think of Jacquez Hunter at Auburn and Ladd McConkey at Georgia. Neither of those players were big-time recruits out of high school, but they have been the two best freshmen in the SEC this season.

Signing 4- and 5-stars is a much easier way of doing this, but it is possible to find gems. In order to do that, you have to be a master of evaluation. Auburn is a program that can bring in elite talent: it just needs to do it more often.

The addition of the transfer portal makes it easier to build a championship-contending team. If Auburn really wants to close the gap, getting the best players out of the portal every year would be a perfect way to do so.

The hardest part for Harsin will be trying to attract these recruits away from his rivals. People in this part of the country are just getting to know Harsin, and it is going to be hard for the first-year man to pull recruits away from these schools without beating them.

Winning comes with a process, and Harsin surely knows that. Auburn’s athletic department and fans must be willing to be patient with him and give him time.

No, Auburn did not win this past Saturday. But it is 4-2 at the midway point of the season and still controls its own destiny in the SEC West. Those two losses came at the hands of top-10 teams — one on the road by one score.

We have reached an interesting time for Auburn football. Things could go south, but they could also take a huge leap forward. Either way, Harsin and his ability to bring in talent will be the single biggest factor.