Column: The Journey Ahead for Bryan Harsin 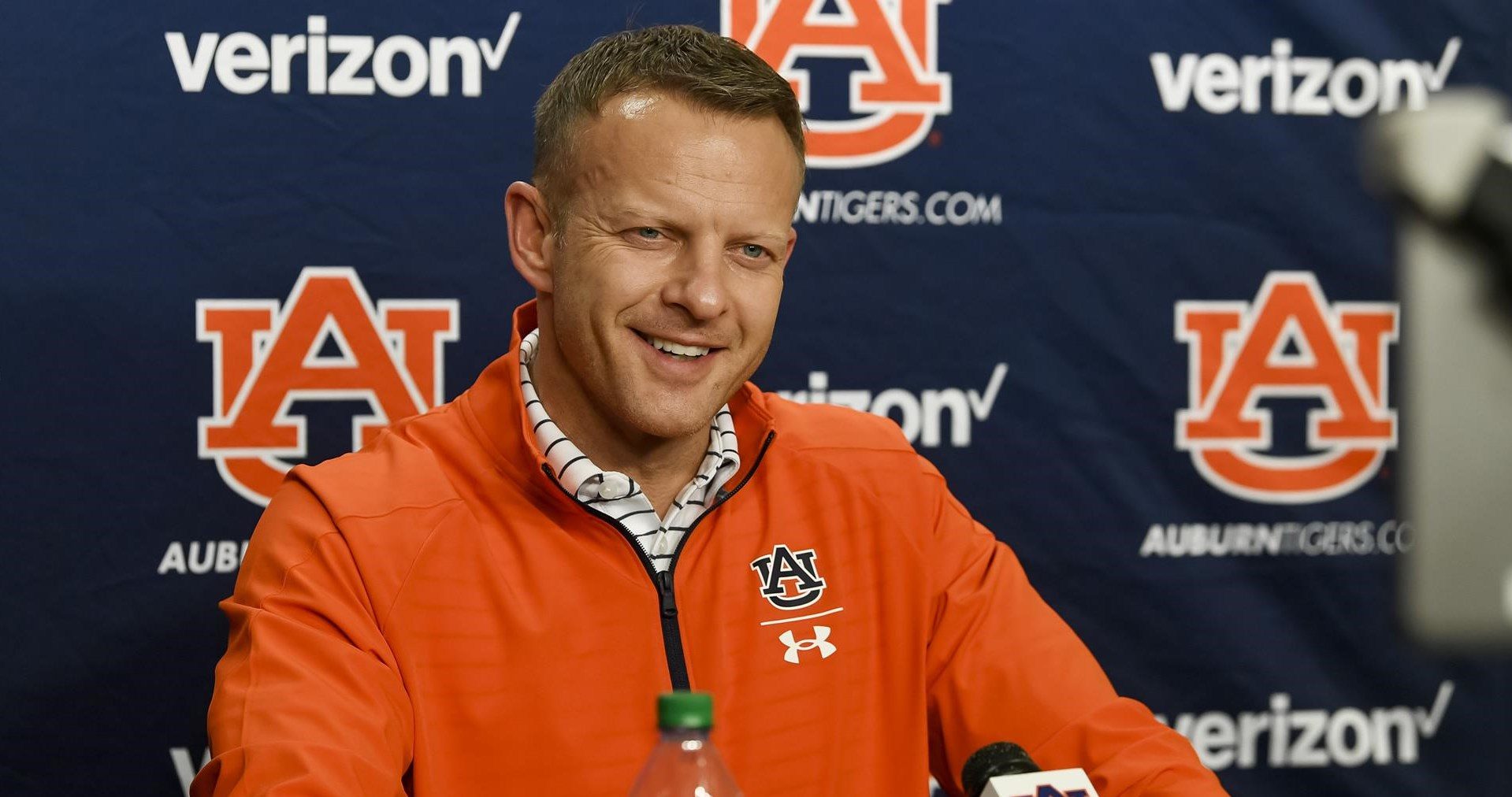 In 2013, then head coach Gus Malzahn led Auburn to a 12-2 season, an SEC title and fell just seconds short of a national championship.

That season was full of magical moments, and put life into a program that desperately needed it. Unfortunately, that success didn’t hold up. Malzahn would lose four or more games for his next seven seasons on the plains, which is the longest streak at Auburn since 1952.

Malzahn was fired after losing five games during an 11-game season in 2020. Still, the firing was met with criticism.

Because people praised Malzahn for what he did against Nick Saban and Alabama, which is just lose less than everyone else.

What people fail to remember is the life that Malzahn took from the program later in his tenure. Pick any game from the 2020 season, and watch the body language. What you will see is a coaching staff and players who looked like they didn’t want to be out there.

From players clashing with each other and even coaches on the sidelines to lazy play calls and efforts, the 2020 squad was one of the worst Auburn teams this century. That means something more than wins and losses. For Auburn fans, it made it hard to be excited about football.

“Unmotivated” and “undisciplined” were adjectives often attributed to the Tigers in 2020. That means it was time to make a change, and that is exactly what Auburn did.

Naturally, there was more criticism, and for what reason? All Harsin has done in his career is win. In fact, he has the third-highest active winning percentage over the past seven years, just behind Saban and Georgia’s Kirby Smart.

His teams at both Arkansas State and Boise State won conference championships, so why is this an issue?

The answer? We don’t know, but it seems as if some people made their minds up about Harsin before he ever coached a game at Auburn.

Here we are entering the fourth week of the 2021 season. At this point, the preseason rankings and expectations mean nothing. Auburn is 2-1. It blew out Akron and Alabama State, and fell just short of knocking off a top-10 Penn State team on the road.

That 28-20 loss on Saturday was a difficult pill to swallow for Auburn. Harsin said Auburn put itself in a position to win, and it didn’t. The fans are disappointed, but there is reason for hope.

There were some questionable play calls in key moments, and some failures in execution, but Auburn fought hard. It comes back to body language: we didn’t see the team from last year that was down on themselves. We didn’t see a team that was battling themselves as well as the team across the field.

What we saw was a team on the field that needs to improve, especially on defense. Still, quarterback Bo Nix showed signs of growth. He didn’t light up the stat sheet and missed some throws, but he stood tall in the pocket and laid it on the line. That is something that Nix has never done in this kind of game, and that is worth more than numbers on a stat sheet.

For four quarters, Auburn fought and battled hard. For a first-year head coach in that kind of atmosphere against a top-10 team, it is something the Tigers can build on.

Say what you want about Harsin, but he is here to stay. He left his alma mater at Boise State to come coach at Auburn. He could’ve stayed at Boise and won 10 games just about every year, but he didn’t.

Instead, he went to an entirely new part of the country to coach Auburn. He decided to take a chance and battle against the best. We don’t know if Harsin is the answer at Auburn, and we won’t know until he wins these kinds of games. Whether he is or is not, he is here to stay and isn’t going down without a fight.

Fortunately, Harsin will have multiple chances to play in and win these kinds of games. Long-term, Harsin will get a shot at Alabama, Georgia, LSU, and Texas A&M every season.

After all, that is why players and coaches come to Auburn — to play in games like these. Harsin will also get a shot at Penn State again next season — this time, under the lights of Jordan-Hare Stadium.

What about the short term? How does the rest of this season go for Auburn?

For starters, one must recognize that this isn’t a bad loss. Again, Auburn took a top-10 team down to the wire on the road, and just fell short. You can only get better from here, and this loss will probably speed up that process.

Malzahn lost to LSU in his first season; he later led Auburn to a national championship appearance. In 2017, it dropped a game to Clemson. Auburn would later beat both Georgia and Alabama that season. Even outside the program you can find examples of growing pains for first-year head coaches, such as Saban losing to Louisiana Monroe during his first season at Alabama.

Fans are upset, and probably will be until Harsin can win a big game. Fortunately, there is one right around the corner. Auburn has a date with Georgia State this Saturday, then will travel to Baton Rouge to face LSU.

This LSU team isn’t the same team we are used to seeing, but it is a big opportunity for Auburn. Auburn hasn’t won in Death Valley in the 21st century. A win would not only be a victory against another set of Tigers, but it could win Harsin the support from a portion of the fan base that has yet to endorse the former Boise State head man.

After that, we know what lies ahead. Alabama and Georgia both come to Auburn. Auburn will travel to Ole Miss, Texas A&M, and Arkansas. It could be worse, but it is going to be a grind to get through that stretch with nine or 10 wins.

The culture is in place. Harsin has brought excitement back to the Auburn program.

Now, it is time to win, and that starts with the head coach. Harsin is up to the challenge.

It’s evident that his team is, too.