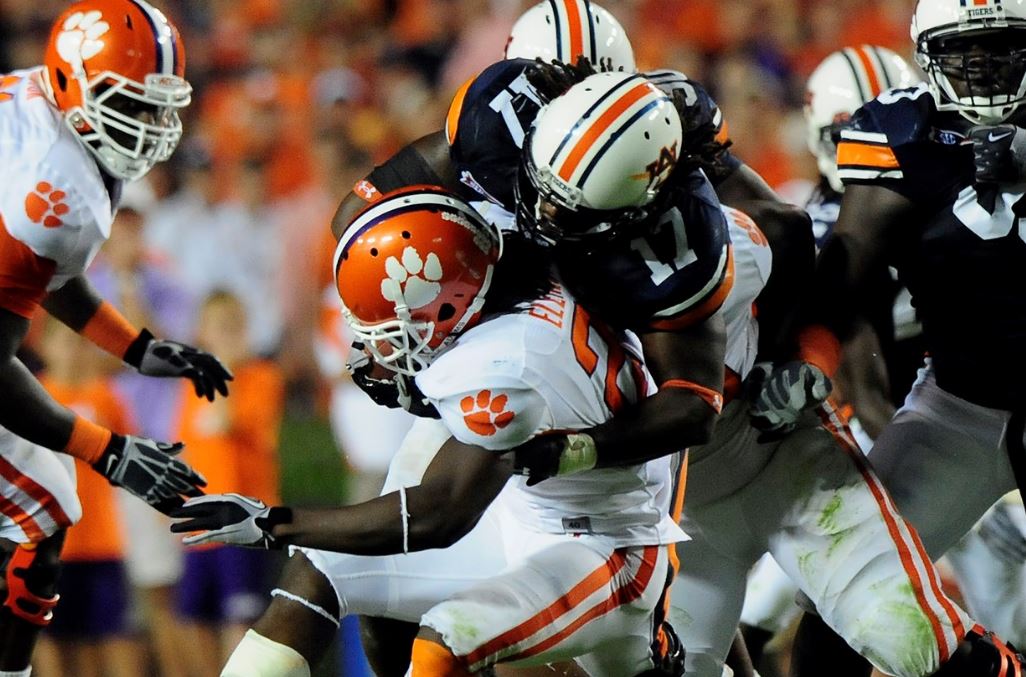 The 2010 season would be one of thrills and memories for the Auburn faithful.

That year, the Tigers went a perfect 14-0 and won their first national championship since 1957. Captaining the Auburn ship that season was quarterback Cam Newton, who would go on to win the Heisman Trophy in his only season on the plains.

The 2010 season for Auburn was full of nail-biters and thrilling comebacks. The first comeback that season came on this day a decade ago as the Tigers rallied past Clemson to win in overtime, 27-24.

In what would be the first true test for both teams, Clemson and Auburn each arrived at Jordan-Hare Stadium with 2-0 records on Sept. 18, 2010. After opening the season with an easy win over Arkansas State, Auburn held off Mississippi State in its SEC opener, 17-14.

The competition for Clemson hadn’t been great. The Tigers had beat North Texas and Presbyterian to open the year. For a half, Clemson looked like it may be on its way toward making an early-season statement.

Through a half of football, Auburn had managed just a field goal. Clemson raced to a 17-0 lead behind a pair of touchdown passes from Kyle Parker to running back Jamie Harper.

Wes Byrum’s 35-yard field goal at the end of the half got Auburn on the board. During the third quarter, Auburn erupted for 21 unanswered points.

The opening drive of the second half came to an abrupt ending as Newton was intercepted near the goal line by Clemson’s Xavier Brewer, but the next three possessions resulted in touchdowns.

After Onterio McCalebb’s 12-yard touchdown cut the lead in half, Auburn drew even with less than four minutes to go in the third quarter on Newton’s 8-yard scoring strike to Darvin Adams. Newton’s next pass gave Auburn its first lead of the night.

Following a Clemson punt and a first down run, Newton found Terrell Zachery for a 78-yard touchdown. At the end of three, Auburn led 24-17.

Clemson however, was not done. The Tigers needed less than four minutes to answer. Andre Ellington’s 2-yard touchdown run with 12:36 left in the game knotted the score. For the rest of regulation, neither team would march further than their opponent’s 44-yard-line.

Clemson won the coin toss in overtime and elected to play defense first. The defense did its job as Auburn managed just a pair of 2-yard runs. Byrum’s 39-yard field goal put Auburn back in front, 27-24.

Clemson marched inside the Auburn 10-yard-line on its overtime possession, but on 3rd-and-5 from the 8-yard-line, Auburn forced an incomplete pass. A second overtime seemed inevitable as Chandler Catanzaro trotted onto the field to try a 26-yard field goal.

With the ball on the left hash, Catanzaro got the kick away, but it stayed to the left. The final score: Auburn 27, Clemson 24.

For the losing group of Tigers, the season would not be a memorable one. The defeat began a 3-game losing streak as Clemson would go on to finish 6-7.

Throughout the course of the 2010 season, close games would be the norm for Auburn. The Tigers played seven games decided by one score and pulled out many in the waning moments en route to a national title. The first of those occasions came at home against Clemson 10 years ago.