Analysis: What Cade Fortin Brings to Arkansas at Quarterback 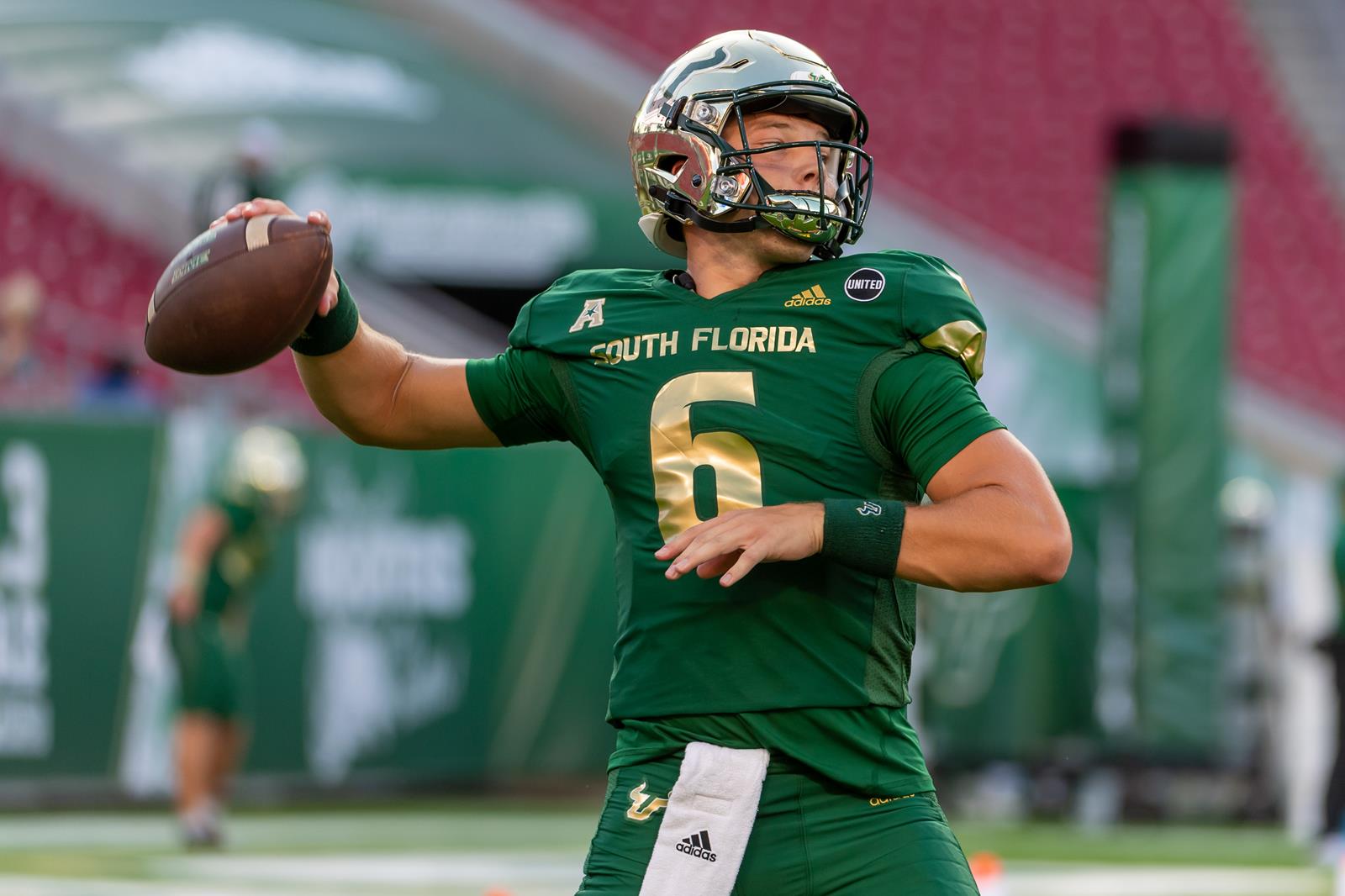 Committing in mid-January, Cade Fortin came to Arkansas as one of the early transfers.

The transfer quarterback will come to Fayetteville as a walk-on. Coming into an eggshell Arkansas quarterback room means he must be ready every day.

The yolk of that egg is K.J Jefferson, which is why the top of the list isn’t questioned. Upon his arrival was the departure of freshman Lucas Coley. A player with lots of upside deemed a future starter, Coley has since transferred to Houston.

Spring football gathered all the “oohs” and “ahs” along the Malik Hornsby front. A player with unmatched speed, it was decided that he needed time at wide receiver. With Hornsby being one of two scholarship quarterbacks still on the roster, there needs to be a support beam backup. While he isn’t on scholarship currently, Fortin could certainly earn one before the season begins.

He comes in as a redshirt senior with his COVID-19 year at his disposal. Out of high school, he was ranked as a top-700 player nationally and No. 29 pro-style quarterback, according to the 247Sports Composite rankings.

Hailing from the state of Georgia originally, Fortin adds to head coach Sam Pittman’s ever-expanding footprint. He stands at 6-foot-3 and 223 pounds which is reflective of Jefferson in stature. He decided on leaving North Carolina – his original school – after Sam Howell was named the starter in 2019.

Only playing in one season in Chapel Hill, he did start two games and appear in four. He was the captain of a young and confused Tar Heel squad at the time.

Only attempting eight passes in 2020, Fortin waited his turn to start for his new team at South Florida. His bag of ability didn’t go unnoticed on a team with many questions at quarterback.

He won the starting job before the 2021 season began but began to falter after early-season blowout losses to NC State and Florida. In 2021, he had a rating of just 75.8 with 183 passing yards with a completion rate of 52.1%. While he did not pass for a touchdown, he did run for one and a total of 37 yards. Taking the reins was freshman riser Timmy McClain as Fortin only saw action in two games at the end of the season.

Fortin gets his props for being great at hitting guys on curls. Lots of drive is needed to become consistent on both timing and distance. Where Fortin gains this feat must come from his throwing motion via his feet.

As a right-handed thrower, he points his left foot as he throws each time. Coaches always suggest to be set in the pocket before a throw. Fortin’s motion is proof to how factual that is. His pointed foot adds the needed ‘zip’ to get a pass in with velocity. Not only does his motion affect velocity, but it can only aid his accuracy.

Having a consistent lead foot creates more accurate backfoot throws as well. While only doing so on one occasion, Fortin kept his left foot motion the same.

His drop-backs aren’t super speedy and contain long strides. The positive is that he has quick feet — agile even. With that, Fortin can get set and throw while under solid pressure from the defense.

Some of that transfers over and causes commentators to call him a “poised” quarterback. They aren’t wrong in the sense of the word. His agility is used when running and setting his feet. After he transferred to USF, his drop-backs seemed to lose heaviness in steps.

Each step was much softer but allowed him to drop at a quicker rate. This would make Fortin a bigger threat to complete curl routes. With more time to read the field in the pocket, he attacked outside the hashes on more than simply curls. Combining the footwork with his ability to flip his hips is what brings about such success toward the sidelines.

Touch on the Deep Ball

As mentioned before, Fortin’s throw power comes from his consistent footwork. Arm strength and throw power are separate entities. As with Fortin, a player can have great throw power, but average arm strength.

Put on display numerous times at North Carolina, he has the ability to drop the ball in a bucket. Speedy guys such as Dazz Newsome at receiver were great weapons for Fortin during his freshman season. When a player managed to create separation from a defender is when his deep balls were best.

He does lack proof in leading receivers that have zero to one step on their man. Luckily, a perfect definition of both arm strength and throw power is Arkansas’ current starter. Player-to-player coaching never hurt anybody.

One negative regarding his passing game is he tends to stare down targets. More specifically, Fortin stares down one side of the field. A quarterback’s progressions are not known and that’s the case when breaking down any film.

For Fortin, having the ability to release a ball quickly can divert some of the consequences. Defenses respect his ability to rip the ball on short throws — sometimes choking up the secondary. When a curl might be expected, it creates a hole in the zone for a vertical route.

When a cornerback is cheating up and a safety is dropping back, that’s when Fortin gets those 20-yard chunk completions. Even when he might be locked to one side of the field, receivers finding the holes in zones become the difference.

Can Fortin be a Scrambler?

While lacking adequate speed, he does encompass excellent vision as a ball carrier. Determining where to run comes naturally to Fortin, but he isn’t super elusive. If a player can find a hole yet cannot slip through, then how might he do it?

Fortin’s agility/quick feet combination allows his rushing game to be respectable. His quick feet allow him to be twitchy as a runner. That relates to his first step acceleration and need to bounce away from a defender. It may not look flashy, but as a lengthy quarterback, it comes as deception.

When breaking away, he takes between two and a half and three steps per five yards, making him a big strider. His hip twitch isn’t just used for maneuvering his body inside the pocket either. It can square Fortin up with a hole instantly and allow him to use his feet to hit the accelerate button.

While defenses may not fear his running ability, Fortin has the tools. Those tools can make a defense look silly if it decides to not respect his game.