The Tide Keep Rolling to No. 7 for Saban: National Championship Game Recap 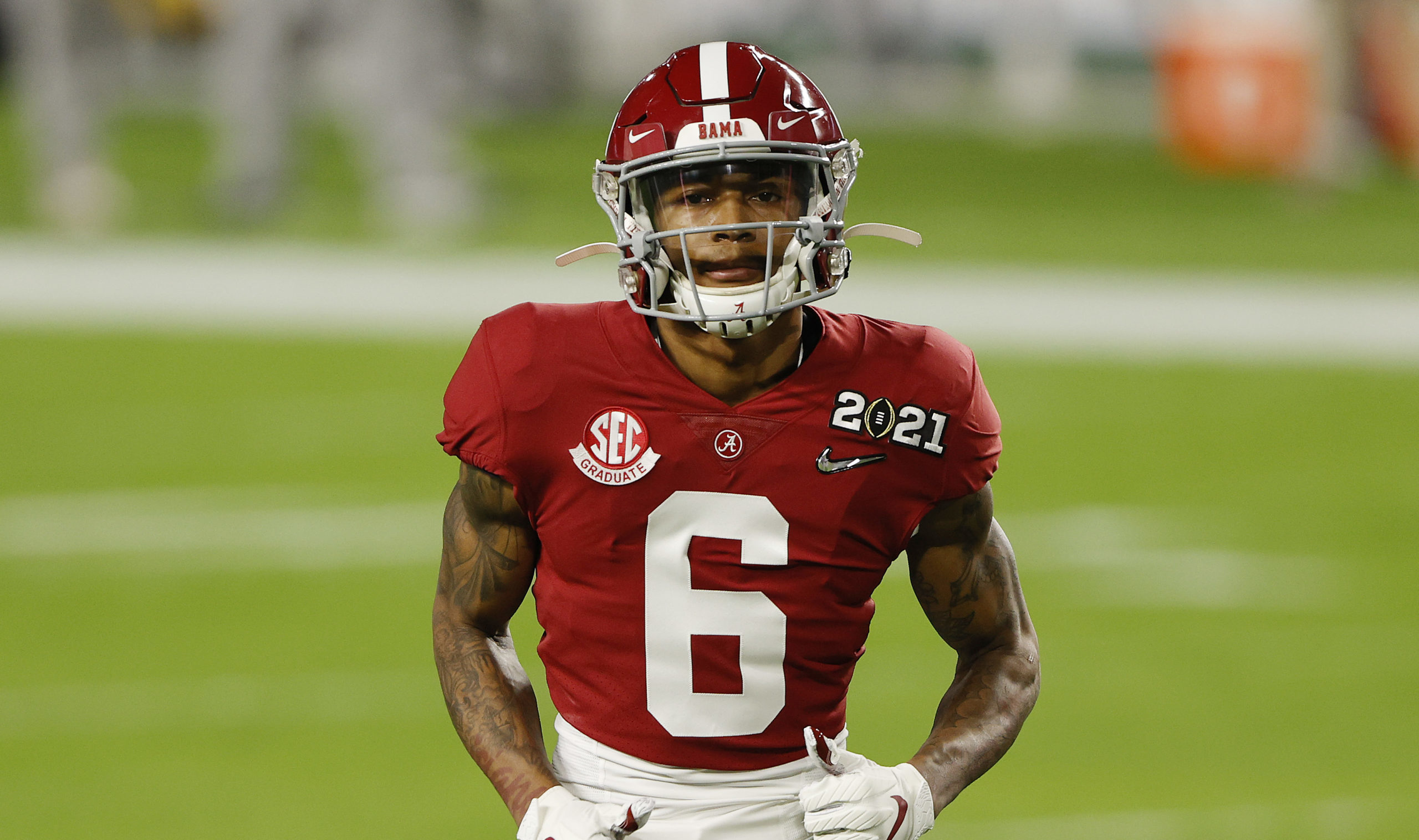 There was a day when the Alabama Crimson Tide were losing to teams like Louisiana-Monroe at home every so often. That day is no more.

The Crimson Tide are kings of the college football world once again, continuing to solidify themselves as one of the greatest dynasties in the sport’s history.

Head coach Nick Saban won his seventh national championship, passing the great Paul “Bear” Bryant for the most all-time. His squad went down to Miami on a mission and obliterated the Ohio State Buckeyes, 52-24 for the title.

Missed anything during Monday’s night’s title game? Let’s take you through quarter by quarter and see how Alabama won its sixth national championship in eight tries under Saban.

After a quick three-and-out on the Buckeyes’ opening drive, where starting running back Trey Sermon left the game with a shoulder injury, the Tide struck quickly on 12 plays and 78 yards that was capped off by a 1-yard touchdown by star running back Najee Harris on 4th-and-goal.

Back came the Buckeyes though. Quarterback Justin Fields led Ohio State right down the field. The drive was highlighted by a 36-yard one-handed catch by tight end Jeremy Ruckert and capped off by Sermon´s replacement, Master Teague III from eight yards out to tie it all up at 7.

The second period of play started out with a bang for Alabama. The Crimson Tide quickly countered the Buckeyes’ previous score. Heisman Trophy winner DeVonta Smith hauled in a 5-yard touchdown on 3rd-and-goal to put the Tide back up 14-7 on the first play of the quarter.

Alabama converted another 4th-and-1 just plays prior. The next possession for the Tide however, did not involve the same result. Alabama quarterback Mac Jones fumbled deep in his own territory, and Barron Brown recovered at the 19-yard line. Just two plays later, Teauge and the Buckeyes cashed in on the fumble, tying the game at 14 all. It was an eventful first three minutes to start the second.

What happened next? You guessed it. Jones and Harris go right down the field, scoring in just under three minutes with a Harris 26-yard touchdown reception. It then became the DeVonta Smith show, as the most explosive player in all of college football hauled in two touchdowns from five and 42 yards out respectively, to put ´Bama up 35-17 following an Ohio State field goal.

That’s how the first half ended. Smith put up video game-like numbers, finishing with 215 yards and three touchdowns in one half.

Ohio State opened up the second half right where it left off. The Buckeyes just couldn’t get off the field. Multiple third-down conversions doomed Ryan Day´s defense on the drive. But eventually, Ohio State got a stop at the 5-yard line and held Alabama to a field goal to make it 38-17. This, after the Tide salted away nearly half of the third quarter.

Luckily for the Buckeyes, they got exactly what they needed, as Fields led Ohio State downfield in just 1:02. Fields found Garrett Wilson from 20 yards out to cut the lead back to 14, 38-24.

Now Smith-less after he exited the game with a hand injury, Jones didn’t miss a beat as he found Smith´s replacement Slade Bolen for his first career touchdown to put the Tide back in charge late in the third quarter in Miami.

An Ohio State turnover on downs on 4th-and-2 towards the end of the third quarter pretty much sealed the deal. Alabama went immediately down the field and capped it off with another Harris touchdown run that just about put the pig in the pen.

The Tide won it 52-24 and raised the College Football Playoff trophy yet again.

Reaction From The Champs

Saban isn’t always the easiest person to please. But he was grinning ear to ear after this convincing win during what was a hard-fought season.

Saban called his squad, the “ultimate team” in his postgame press conference. He continued to reiterate how proud he was.

Jones and defensive tackle Christian Harris both said this ´Bama team is the greatest team in history. Jones made sure to point out that Saban was the best coach in that category.

“Come on man, of course he is,” Jones chuckled when asked. “He’s the greatest to ever do it.”

To the game itself, Smith put on a show. He finished with 215 yards and three touchdowns in just the first half. The Heisman winner still remained humble in his postgame presser.

“I just practiced hard all week and just tried to do my job,” Smith expressed with a smile on his face and a lot of tape on his hand.

Smith said his hand was “OK” after leaving the game early in the third quarter. Smith said it was a testament to the younger guys to step up in his absence.

The Tide now are rolling again with another championship trophy under their belt in Tuscaloosa.

Ohio State, on the other hand, was not as joyful in its postgame press conference.

Head coach Ryan Day opened by saying, “It was a tough night”.

Day gave credit to Alabama, before saying that his team “needed a break” and that the kids needed to go home, see their families, and regroup before returning to campus for spring workouts.

Smith was the biggest problem all night for the Buckeyes — even if he only played a half.

“There was a feeling of if you don’t score, you´re going to get down,” Day stated when talking about the explosiveness of Smith. “The pressure mounted….He’s a great player.”

Day expressed his disappointment, but relayed his thoughts on the future of Ohio State´s program.

“To get to this moment here was an unbelievable success…,” Day told Fifth Quarter after the game. “The goal was not to get here. The goal was to win the game. But with all that being said, could not be prouder of our culture, our players, and where the program´s headed.”

Fields said he liked his teams game plan, but that ´Bama had simply just executed better than the Buckeyes. As far as health goes, Fields stated he “could’ve been healthier” but “at the end of the day I was able to play and just didn’t get the job done.”

Fields also hinted towards declaring for the NFL Draft by saying that he will “miss everybody”. An official announcement will likely follow in the coming days.

Ohio State star cornerback Shaun Wade told Fifth Quarter he will remember this team for “how much we fought.” Wade said that he was proud of the adversity his team had to overcome, considering the Big Ten originally canceled the season before reversing course. He said that they were “very fortunate” the Big Ten let them play.

Fifth Quarter thanks everyone for reading its coverage during the unprecedented 2020 college football season. We look forward to providing unique content and thought-provoking pieces again in 2021.