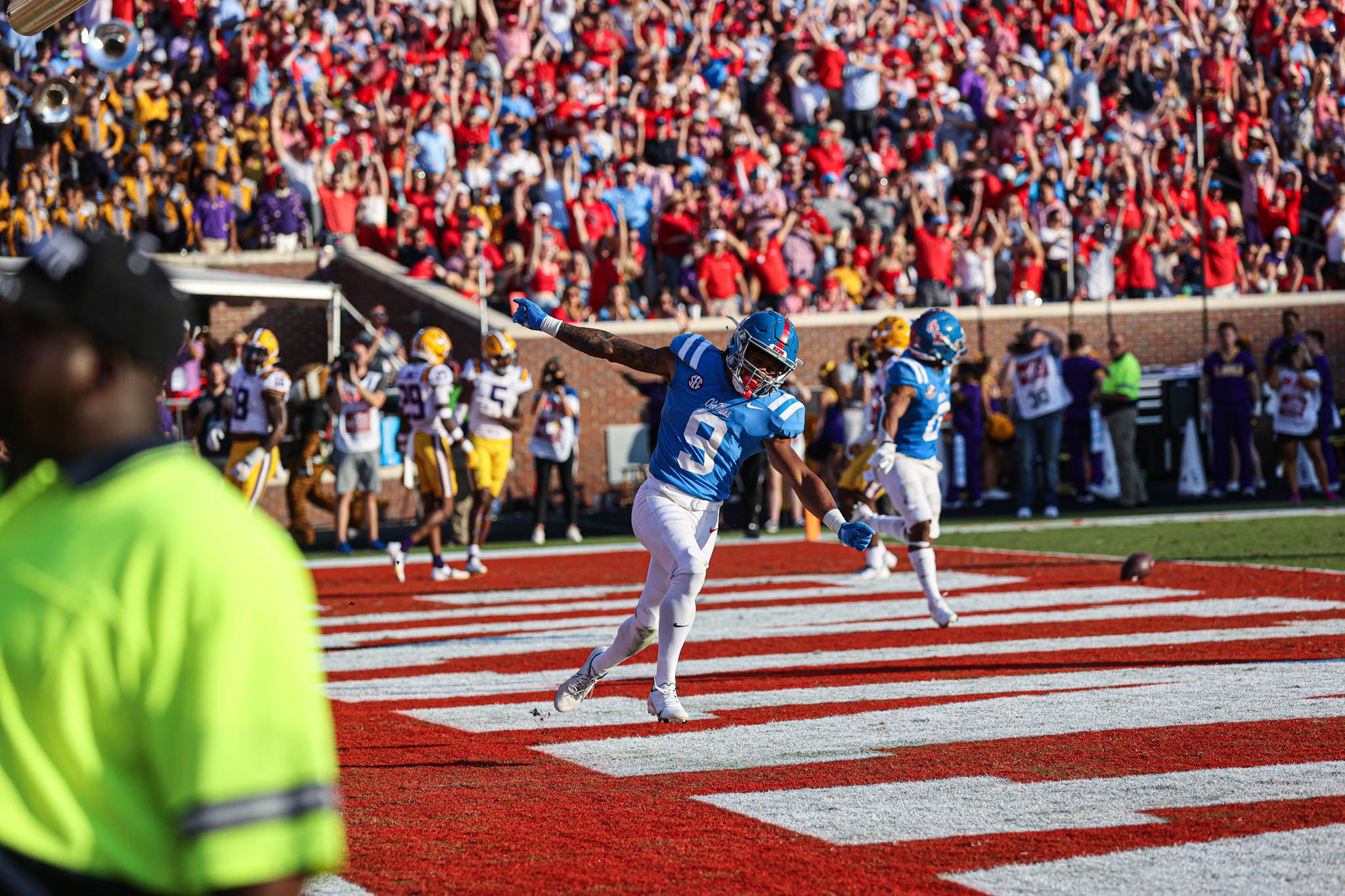 Five SEC teams were off this past week, but there were still some big-time performers.

We pass out our helmet stickers for the top Week 8 performers across the SEC West:

Auburn was idle this week

Bryce Young and Brian Robinson are both coming off huge nights, but it is wide receiver John Metchie who gets the helmet sticker.

Metchie snagged a career-high 11 passes for 121 yards and found the end zone twice in a 52-24 win over Tennessee.

His night against Tennessee put him over the 600-yard receiving mark on the season.

Once again, Anderson was the top defensive performer of the week for the Crimson Tide.

The former 5-star finished with eight tackles and 1.5 sacks.

Jefferson played a major role in Arkansas snapping its 3-game losing streak this week. This time around, he made his mark through the air.

Jefferson only completed 10 passes, but four of them were touchdowns. He threw for 194 yards in the 45-3 win over Arkansas-Pine Bluff.

The Mississippi native continues to be one of the biggest surprises in the league this year.

Slusher has had to play a bigger role in the absence of Jalen Catalon over the last two weeks, and has done a fine job so far.

The Broken Arrow, Okla. native finished with an interception against Arkansas-Pine Bluff. He added four tackles and a half-sack.

Nussmeier came in during garbage time against Ole Miss, but he took advantage of an opportunity in the 31-17 loss.

The freshman finished with 103 yards passing and a touchdown while completing seven of his 12 passes.

On an otherwise forgettable day for LSU, Nussmeier gave Tiger fans something to be hopeful for.

Damone Clark has been a beast all year for the Tigers, but this past Saturday was probably the best performance of his entire football career.

Clark led the way for LSU with an astounding 20 tackles. 2.5 of them were for loss.

For a team that has been in a constant downward spiral, Clark’s success is something to be proud of.

The Mississippi State offense was firing on all cylinders in a 45-6 win over Vanderbilt, largely thanks to Rogers.

Rogers overcame two interceptions by completing 41 of 57 passes for 384 yards and four touchdowns.

It was hard to pick a single impact performer for the Bulldogs on defense — mostly because they were able to rotate a lot of bodies.

Ealy and Henry Parrish stepped up for Ole Miss while quarterback Matt Corral was not 100%.

Both averaged more than eight yards per carry, but it was Ealy who added a touchdown and showed incredible athleticism.

As a whole, the Ole Miss defense had one of its best performances of the year against LSU.

Robinson, a Georgia native, led the way for the Rebels with 12 total tackles.

This is the second straight week that Robinson has recorded double-digit tackles.

Achane and Isaiah Spiller ran all over the South Carolina defense in a 44-14 victory, but it was Achane who stole the show.

Achane made the most of 20 carries and finished with 154 yards and a touchdown.

The Aggies were able to play a lot of guys, but Harmon might have had his best night of the year.

The freshman finished with four tackles and added his first career interception against the Gamecocks.