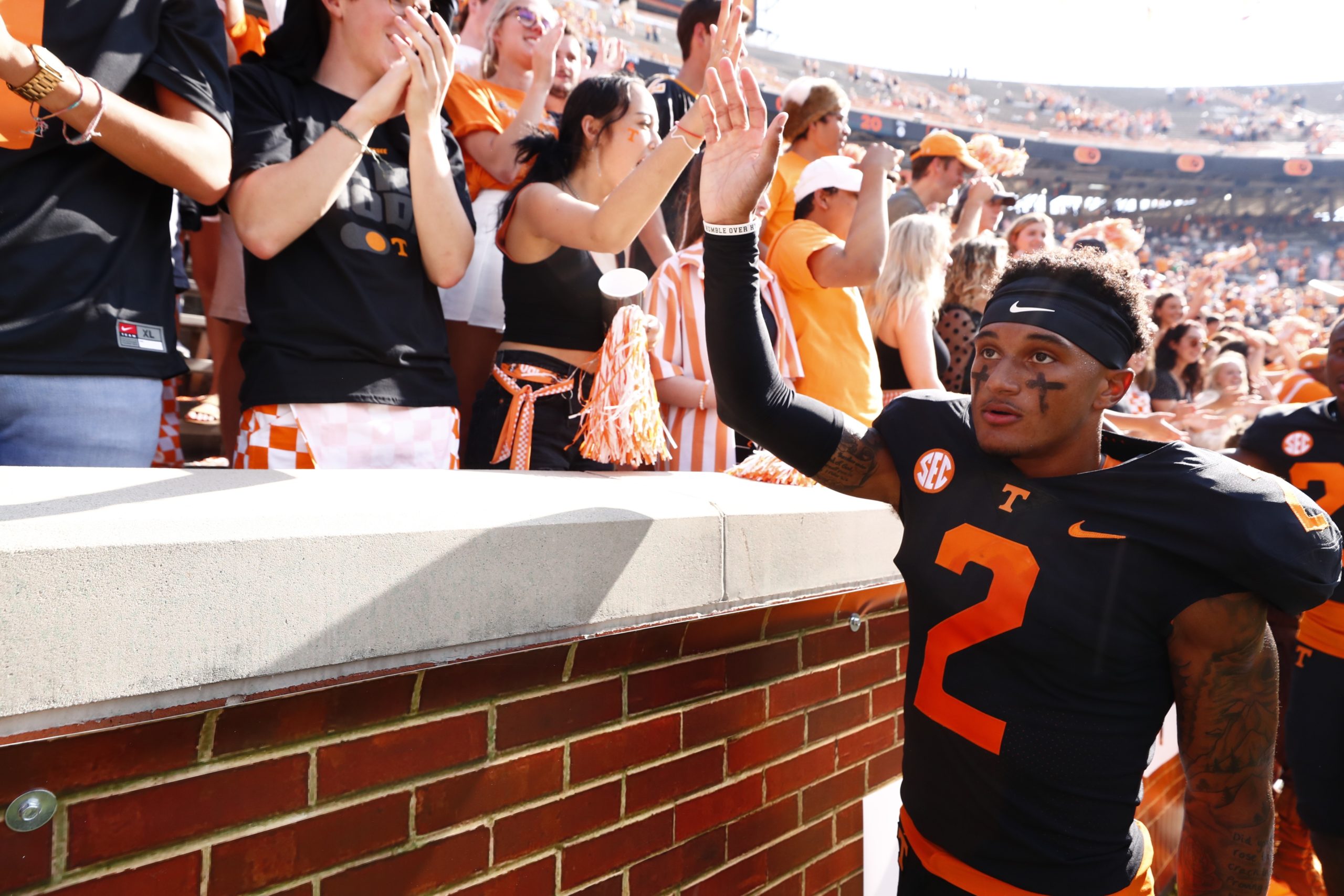 We say it all the time: preseason predictions do not matter in the grand scheme of things. This 2021 season is a perfect example of that.

Few probably expected Texas A&M and Missouri to be towards the bottom of their respective divisions, or for Alabama to have a loss against an unranked opponent.

Regardless, here is how we expect the rest of the season to shake out in the SEC East:

Georgia has been banged up all year, and is still running through everyone it plays. If that does not show how deep and talented this team is, nothing will.

Most years, it seems like the Bulldogs have at least one weakness that prevents them from being a national title contender. This year, we can’t find it. Their defense has been absolutely elite. Georgia has completely shut down potent SEC offenses like Arkansas and Auburn.

On top of that, the Georgia offense has found ways to move the ball even without some of its elite playmakers. That’s mostly due to the sheer size and strength on the offensive front.

Georgia is already considered the unanimous No. 1 team in the nation, and the favorite to win the national title. Imagine the Bulldogs with a fully-healthy squad.

Kentucky made a huge move in the right direction this past offseason by hiring Liam Coen as offensive coordinator. He promised to bring in a more modern and explosive passing attack, and he did that.

The additions of quarterback Will Levis and wide receiver Wan’Dale Robinson paired with running back Chris Rodriguez Jr. has given the Wildcats a deadly trio on offense.

Kentucky overcame early blunders and has knocked off Florida and LSU in back-to-back weeks. Should it pull off a huge upset over Georgia on Saturday, Kentucky will launch itself into College Football Playoff contention.

The Gators have been underwhelming this year, but they have found some recent consistency with Emory Jones at quarterback.

An upset loss against Kentucky has hindered their shot at returning to Atlanta, but they still get their shot at the Bulldogs. A win there, and the SEC East will get very interesting.

Fortunately for Florida, it should beat every other opponent in the second half of the season if it plays to its potential.

The Volunteers have been one of the bigger surprises thus far, and they have plenty of momentum heading into the second half of the season.

The offense has been solid for most of the season, but the defense is starting to come along, which has been the difference-maker.

It is clear that the Volunteers are not a bottom-3 team in the division at the moment. Now, it is about how they finish.

Missouri was thought by a few to be contenders in the SEC East, but it has fallen well short of those expectations so far.

The Tigers have yet to win a conference game at the halfway point and have struggled with the likes of Central Michigan and North Texas.

Unfortunately for those in Columbia, it just does not seem like Missouri is physical enough to make a push.

Outside of Vanderbilt, South Carolina is probably the worst team in the league so far.

A near-loss to Troy and a blowout loss to Tennessee should be enough evidence.

Head coach Shane Beamer has potential, but it is clear that this will be a long and tough rebuild.

Vanderbilt was trailing Connecticut with three seconds left in the game; that is the current state of the Vandy football program.

There is reason to believe that head coach Clark Lea is the man for the job, but winning clearly does not come easy in Nashville.