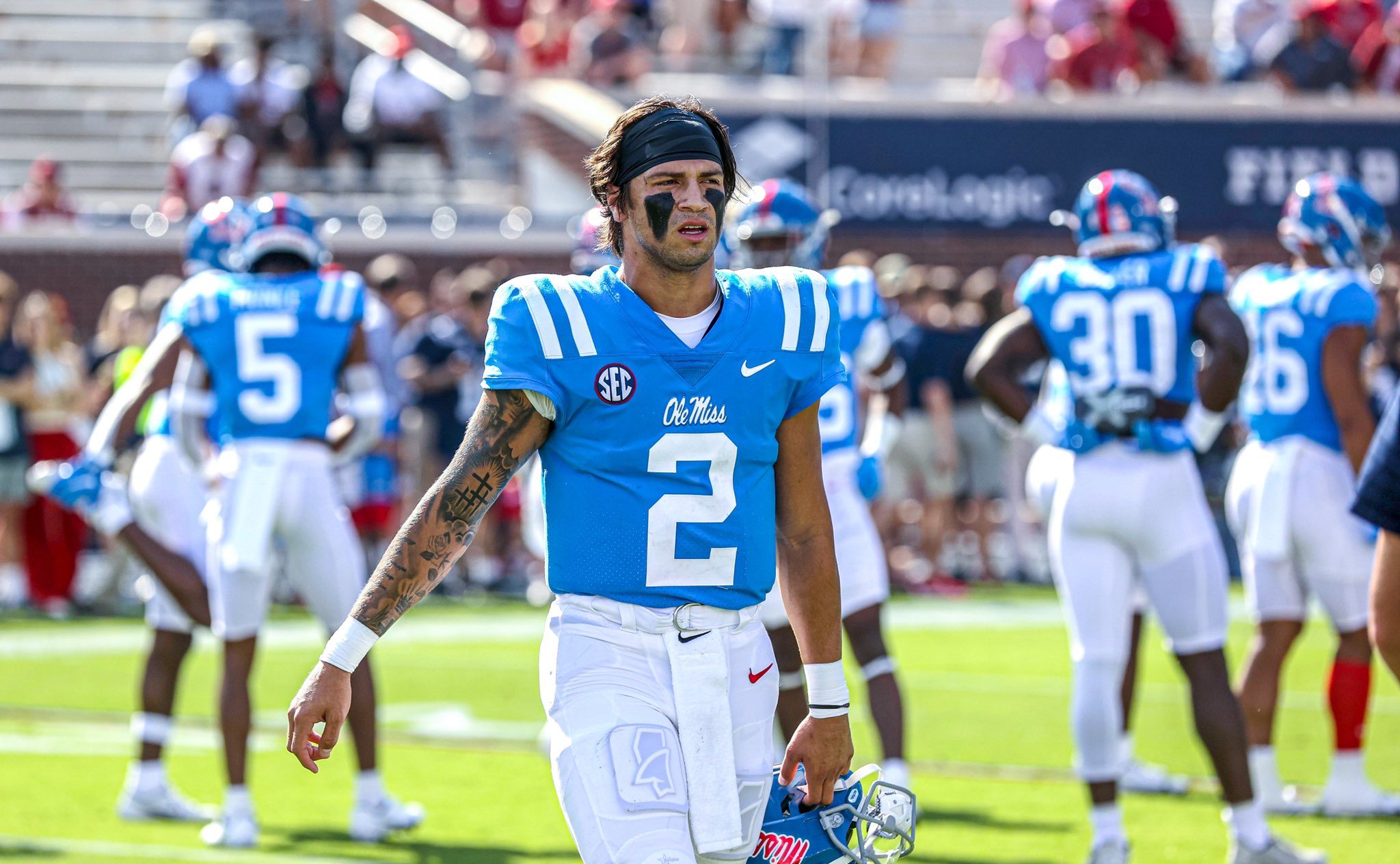 Many people have deemed 2021 as the “Renaissance Season” in college football and for good reason.

The return to normalcy means the return to full capacity crowds. From No. 1 upsets to Heisman Trophy frontrunners, the SEC has had a little bit of everything this season.

With seven weeks to go, here are the superlatives from the SEC at the halfway point of the season:

Corral edges out Alabama quarterback Bryce Young for this award. Thus far, Corral has proved to be one of the best players in the country. In fact, he could be the frontrunner for the Heisman Trophy.

For the season, Corrall has completed 69% of his passes for 1,497 yards and 12 touchdowns without an interception. On the ground, Corral has managed to rush for 255 yards and eight touchdowns on the year.

With Ole Miss sitting at 5-1, ranked in the top 15 and in competition for a New Year’s Six bowl, no player has meant more to his team than Corral has for the Rebels.

Many have probably not heard of Jaylan Foster, but he has been a big-time performer so far this season.

In his fifth and final season at South Carolina, Foster has put together a campaign to be proud of.

Currently, Foster leads the SEC with four interceptions, and is sitting at third in the league in with 52 total tackles. To show how far he’s come this season, Foster had 43 tackles all of last season, and no interceptions.

Things could certainly change, but Foster has been the most productive defensive player in the league to this point in the season.

In the year following the craziest transfer offseason in the history of the sport, there were plenty of players to choose from here, but none have made the impact that Will Levis has made.

The former Penn State Nittany Lion has given Kentucky what it desperately needed — a quarterback capable of stretching the defense vertically.

In Liam Coen’s offense, Levis has blossomed into a fan favorite in Lexington. Levis has gotten it done on the ground and through the air. He currently has more than 1,200 total yards and 14 touchdowns on the season.

At 6-0, the Wildcats are an upset away from being in College Football Playoff contention. Levis is a big reason why.

Bowers beats out Auburn running back Jarquez Hunter and teammate Ladd McConkey for this award.

From returning kicks to lining up at wide receiver, the California native has flashed his extreme versatility and talent so far this season.

With elite speed, Bowers has been making plays all over the field for the No. 1 Bulldogs, and is actually the team’s leading receiver at the midway point.

With tons of injuries at wide receiver, Georgia has desperately needed someone to step up as a pass catcher. Bowers has answered that call.

Coming into the season, many people considered Arkansas’ KJ Jefferson to be one of the worst starting quarterbacks in the league.

After a slow start in Week 1 against Rice, Jefferson has stepped up his game and has taken the Arkansas offense to a whole other level.

Not only has he accounted for over 1,500 total yards of offense and put up 14 total touchdowns compared to just three turnovers, but he has led Arkansas to one of its best starts in recent history.

Arkansas as a whole is a pleasant surprise this year, but Jefferson has been the one who makes everything fall in place for the offense.

Harris came into this year with high hopes. In fact, there were many that considered him to be one of the best running backs in the entire country. After all, he did rush for over 1,100 yards and 15 touchdowns last year in 10 games.

Unfortunately, his first half of the 2021 season has been disappointing, to say the least. Harris is ranked 25th in the conference in rushing yards with 212 despite having the 12th-most carries in the conference.

For comparison, three quarterbacks in the SEC have more rushing yards at this point in the season than Harris. There is time for a turnaround, but his first half has been rather underwhelming.

The former Alabama kicker did not have the career he wanted to with the Crimson Tide, but has made up for it so far with the Commodores.

Buvolas is only hitting field goals at a 54.5% rate this year, but is directly responsible for Vanderbilt’s two victories this season.

The Louisiana native has knocked in game-winning field goals as time expired in both of the Commodores’ wins this year — one against Colorado State and the other against Connecticut.

For someone who has had a disappointing career to this point, he has played the role of hero twice.

Nick Saban and the No. 1 Alabama Crimson Tide had defeated 100 straight unranked opponents and were riding a 19-game winning streak headed into College Station on Oct. 9. Both of those streaks were ended by Texas A&M.

Alabama took a late 38-31 lead after twice trailing by 14. Things looked bleak for the Aggies when Zach Calzada went down with an injury on a game-tying touchdown pass with three minutes left. Things looked bad, but Calzada returned and make huge plays downfield to put the Aggies in field goal range.

In came senior kicker Seth Small, and the rest was history. Small knocked home the 28-yard field goal as time expired to cap the 41-38 upset as fans poured onto Kyle Field in celebration.

That upset was one of the biggest in recent college football history, and served as a perfect way to cap the first half of the SEC season.