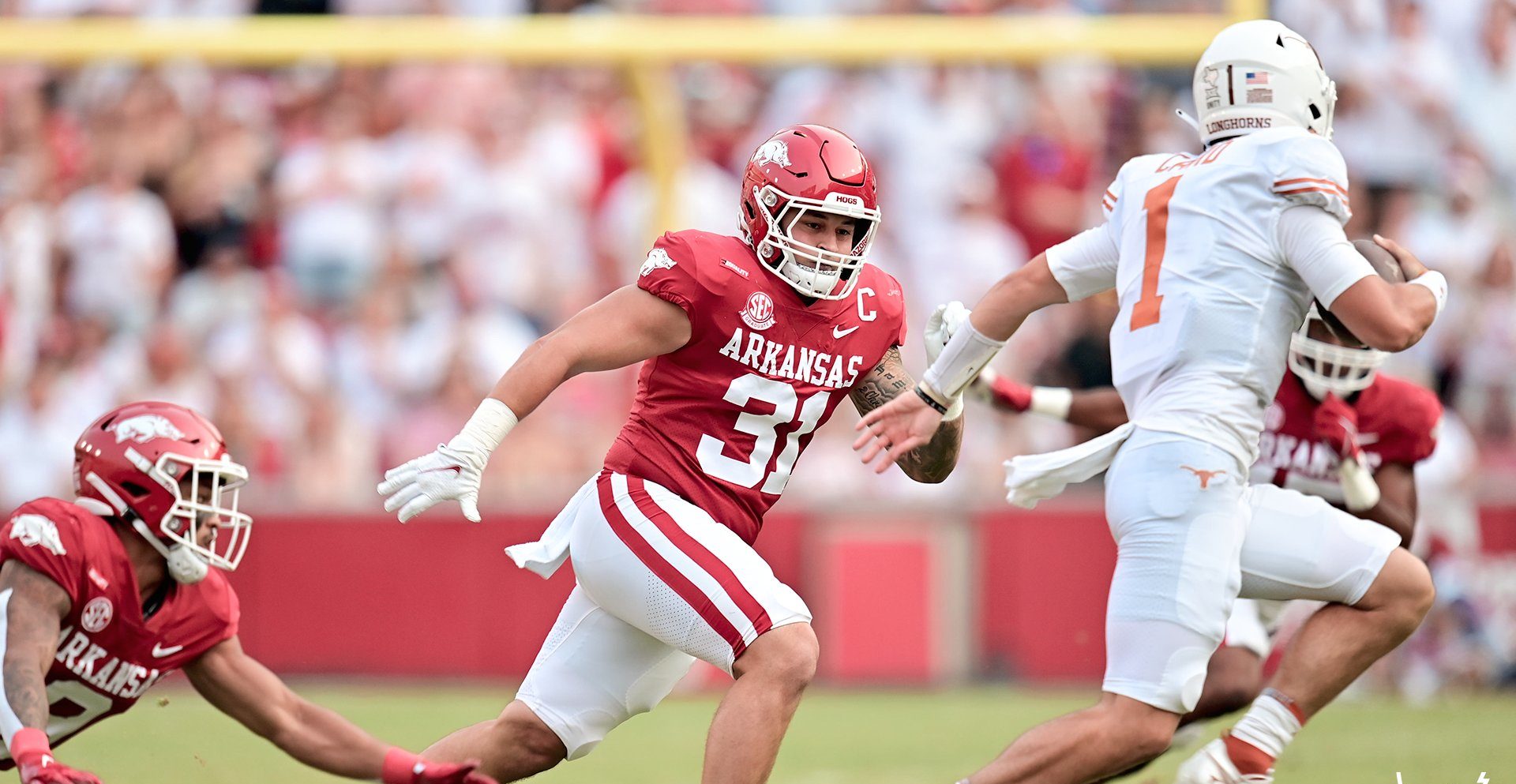 Another week is in the books in the SEC.

Throughout the conference, there were some stellar efforts in Week 2. We hand out our helmet stickers for the top performances from the SEC West.

Young followed up a big Week 1 outing with another efficient performance in a 48-14 win over Mercer.

Young finished 19-for-27 passing for 227 yards and three touchdowns. After two games, Young has proven to be one of the best passers in the country.

The former 5-star flashed some serious potential in Week 2 and validated some hype.

McKinstry was flying all over the field for the Crimson Tide, and showed off his anticipation by coming up with a pick off a deflection. McKinstry also finished third on the team with six total tackles.

Look for more performances like this throughout his career.

No one expects Jefferson to put up huge numbers through the air, and he didn’t against Texas. Still, he was smart with his delivery and had complete control of the game. He wasn’t a liability against the Longhorns like some thought he would be.

Jefferson also ran for more than 70 yards on 10 carries, which is his second straight prolific rushing performance of the year.

If this Jefferson shows up every week, Arkansas will be a legitimate threat down the stretch as it showed in the 40-21 victory over No. 15 Texas.

You could really give this to the entire Razorback linebackers room, because they were all over the field.

Morgan finished last week with a whopping 13 total tackles, 2.5 for loss, and 0.5 sacks.

The Arkansas linebackers group is proving to be one of the best in the country. It should only continue to get better from here.

The freshman running back followed up a solid debut with a record-shattering run against Alabama State. Hunter rushed for a 94-yard touchdown in the 62-0 victory — the longest in Auburn history.

Hunter finished with 147 yards on eight carries and the score.

The preseason All-SEC cornerback came away with a huge momentum play in the second half.

McCreary came down with a 35-yard interception return for a touchdown, which was one of the five Auburn scored in the third quarter.

LSU struggled to run the ball and protect the quarterback against McNeese, but Max Johnson still impressed in the 34-7 victory.

The second-year signal-caller finished 18-for-27 passing for 162 yards and three touchdowns.

Maason Smith validated some of the 5-star hype by finishing with three sacks. Keep in mind, he is an interior defensive lineman.

In what might be a long year for LSU, the emergence and development of Smith could be one of the bright spots.

Rogers looked more composed in the Week 2 performance against NC State than he did against Louisiana Tech. Rogers completed 33 passes on 49 attempts for 294 yards and two scores in the 24-10 win.

As Rogers continues to grow into the Mike Leach offense, look for his numbers to continue to improve.

You rarely see a cornerback finish with double-digit tackles, but that is exactly what Forbes did against the Wolfpack.

Corral continued to look like the Heisman Trophy contender that people expect him to be in Ole Miss’ 54-17 win over Austin Peay.

The California native completed 21 of his 33 passes for 281 yards and five touchdowns. So far, Corral looks even better than he did in 2020.

The senior from Montgomery had a huge day in the Austin Peay backfield.

Spiller only ran for 20 yards in the near upset loss to Colorado, but he produced in different ways.

Spiller snagged six receptions for 56 yards, and added a clutch go-ahead touchdown reception in the 10-7 victory.

With Haynes King out with injury, Spiller must produce the way that the Aggies know he can.

Not only did Johnson finish with two pass breakups, but he also was extremely active and finished with nine total tackles.

Johnson is one player that the Aggies expect to break out. This could be a start.