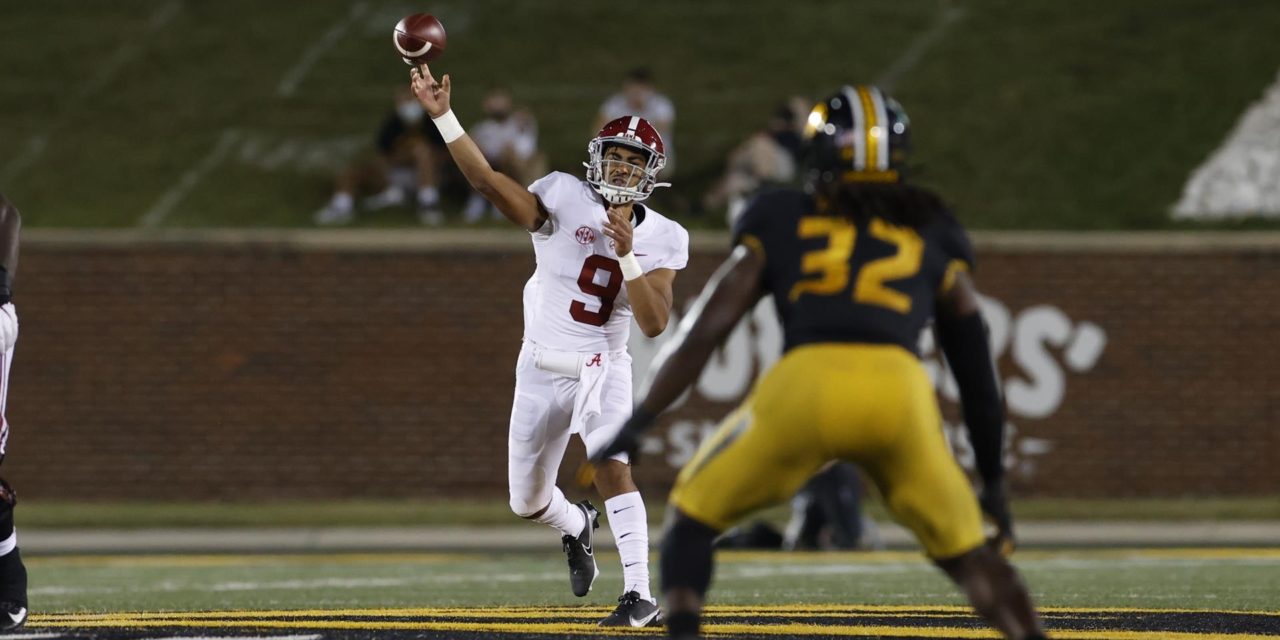 Every year, there are a handful of players who explode onto the scene in college football.

Some of those players you have probably heard of, but there’s certainly some that you haven’t. No league in the country has more talent than the SEC. Naturally, some are bound to burst onto the scene.

With the 2021 season coming up, we look at 21 potential breakout players to keep an eye out for. For the sake of these lists, all incoming freshmen were exempt.

In the second part of a 2-part series, we look at those from the SEC West.

After backing up Mac Jones in 2020, Bryce Young will get his shot to be the Crimson Tide’s signal caller in 2021. Young came into Alabama as the highest-rated quarterback signee in school history. Pair that with the recent success Alabama has had with quarterback development and Young is a name that you better get used to. By the time the year is over, he’ll probably be one of the best in the SEC.

The transfer wasn’t super productive in his two seasons at Ohio State, but flashed some serious potential at times. Williams saw his production improve dramatically during the College Football Playoff, where he averaged at least 14 yards per catch in both games. Now, he’s headed to Alabama where he can marry his skill-set with a favorable depth chart.

Billingsley’s production should continue to rise as he was a key contributor down the stretch for Alabama. The dynamic playmaker can line up practically anywhere on the field. For instance, he even saw some time late in the year as a kick returner. It will be hard to keep Billingsley off the field; he is a rare athlete for his position.

In the modern day of college football, it’s rare that we see players sit and wait 3-plus years for their opportunity. In this case, Armour-Davis is one of those players that breaks that trend. Davis has played sparingly the last couple of seasons, but now has the opportunity to step up and be one of the top guys in the position group. Armour-Davis capped off a huge spring with a big spring game. In that game, he flashed some serious man coverage potential.

Feleipe Franks was more than effective as the quarterback for Arkansas last season, but one could argue that Jefferson could add another layer to the offense. Jefferson has played mostly as a backup over the last two seasons, but has flashed some serious ability to move the ball downfield. If Jefferson can continue to develop, there’s a good chance he could really surprise some people this year.

Auburn loses its top three receivers from a year ago, so somebody has to step up. Fortunately, Elijah Canion has taken advantage of that opportunity. In one game last year, Canion flashed his playmaking potential and physicality. He caught three passes for 81 yards and a touchdown in the Citrus Bowl. With a big spring, Canion pretty much secured his spot at the top of the rotation.

So far, Hall has done a fine job in his role at Auburn. Now, he will get a shot as the top pass rusher on the roster. Hall has been all over the field over his first two seasons, and people have raved about his athleticism. If Hall can become more consistent and add some pass rushing moves, he could be an All-SEC caliber player. He certainly has the size, skill-set, and athleticism to do so.

Davis-Price was the leading rusher for LSU last year, but still rushed for less than 500 yards. New offensive coordinator Jake Peetz has promised to get the backs more involved, especially in the passing game. Head coach Ed Orgeron has praised Davis-Price this spring for his performance, and he could turn into an NFL-caliber running back if the Tigers can get the ball in his hands. Watch out for John Emery in the LSU backfield as well.

LSU needs someone to step up alongside Kayshon Boutte, and Koy Moore may be the best bet. Moore is looking to carry over some momentum from the end of 2020, and is coming off a big spring. LSU moved Moore around a lot this spring in hopes of getting him the ball. As a matter of fact, he has even seen time lining up at running back. As of now, it looks like LSU is set on making Moore a key part of the offense in 2021.

Mississippi State needs someone to help replace Osirius Mitchell, and Malik Heath looks like he can be that guy. Heath was fairly productive in his role last year, but will play an even bigger role this fall. Heath showed against Vanderbilt that he can be a reliable option. In that game, he snagged nine passes. Heath will get plenty of shots his way in the air raid system; it’s just about making those plays.

In just three games, the former Georgia defensive back finished with 24 tackles and an interception. Now, imagine that kind of production over the course of 12 or more games. Reese instantly gave the Ole Miss defense a huge boost, which is something it needs over the course of a full season.

The Aggies lose four of five starters on the offensive front, so someone needs to step up. Ogunbiyi was highly recruited out of high school and has received praise from the coaching staff this spring. Playing offensive tackle in the SEC is difficult, especially at a young age. Still, you can bet on Ogunbiyi being a key part of the rotation. 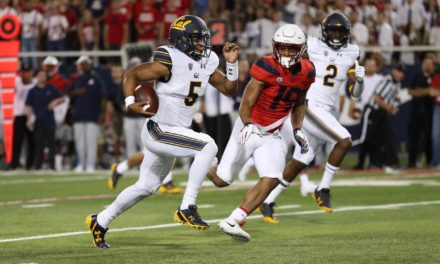 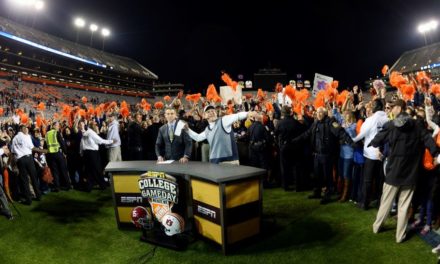 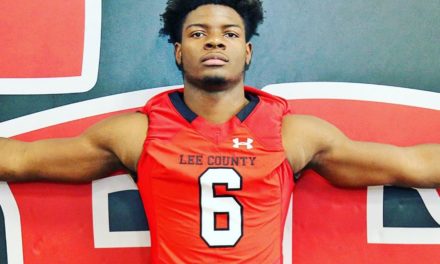 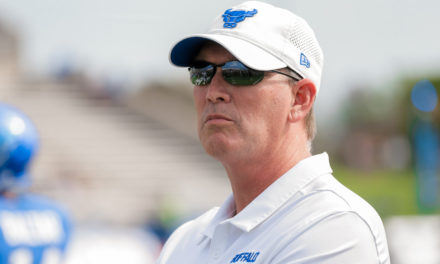