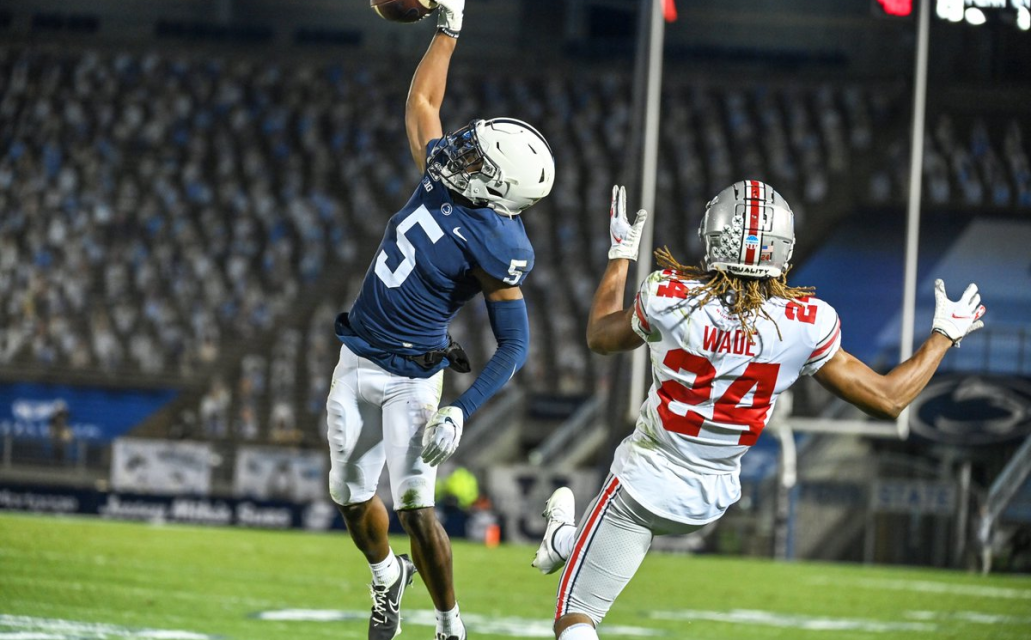 Week 9 of the college football season featured five top-25 losses. Three of those games that included one of those teams had a player featured for this week’s list of top individual statistical offensive performances.

In its second week of conference play, the Big Ten led the charge this week on the offensive side as it features six players on this week’s list of top offensive performers. Ole Miss, North Carolina, and Maryland all featured two different offensive players, which puts them all at the top of the list this week.

The SEC and ACC both feature three players on this week’s list, while the Big 12, Mountain West, and Sun Belt featured just one player. Here are the top five statistical performers for each offensive category:

QB Nick Starkel, San José State
Starkel threw for 467 yards and five touchdowns on a 72.3% completion percentage (34-for-47) in a 38-21 win over New Mexico. He becomes just the fourth San José State quarterback to throw for 450-plus yards and 5-plus touchdowns on a 70% completion percentage in a single game. The last Spartan to accomplish the feat was David Fales when he reached the mark twice during the 2013 season.

QB Sam Howell, North Carolina
Although he was on the losing end in a 44-41 game against Virginia, Howell had a stellar performance against the Cavaliers. He threw for 443 yards and four touchdowns on an 82.1% completion percentage (23-for-28). Howell becomes just the fifth ACC and first North Carolina quarterback since 2000 to throw for four or more touchdowns and 400 yards on an 80% completion rate in a single game. Wake Forest’s John Wolford was the last ACC quarterback to accomplish the feat, when he did so against Louisville in 2017. 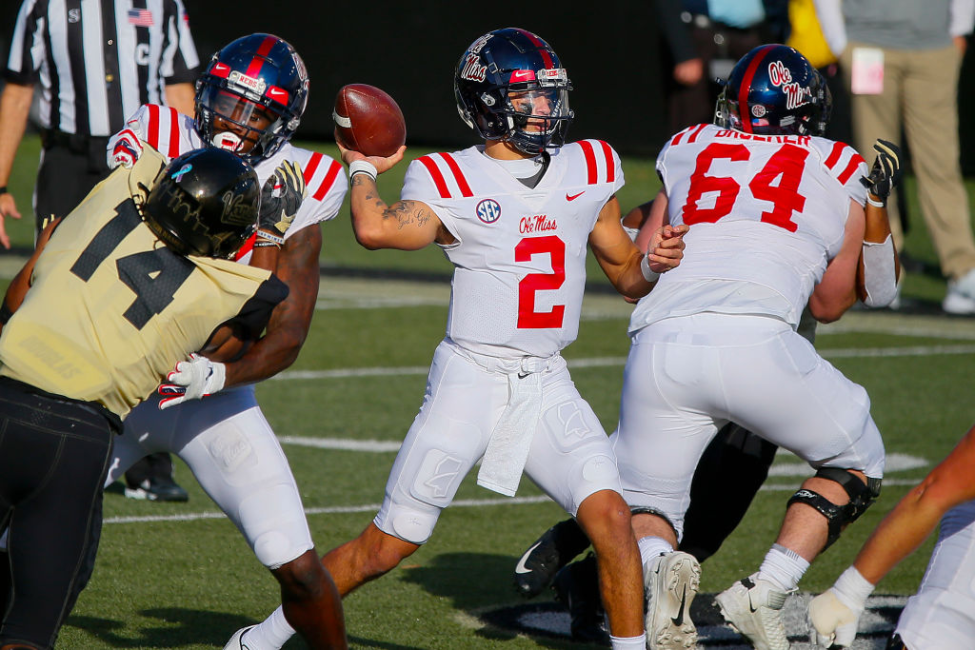 QB Matt Corral, Ole Miss
Corral had the best game of his career this week. Corral complete 31 of 34 attempts for 412 yards and six touchdowns in a 54-21 win over Vanderbilt. He became the first player since 2003 to have 400 passing yards, six passing touchdowns, and a 90% completion rate in a single game. Corral set a new Ole Miss record with 19 consecutive completions in the game while also tying Eli Manning’s school record of six passing touchdowns in a single game.

QB Taulia Tagovailoa, Maryland
Although his brother Tua was making his first NFL start this past week for the Miami Dolphins, Taulia Tagovailoa stole the show this past week with a impressive performance against Minnesota. In the 45-44 overtime victory, Tagovailoa threw for 394 yards and three touchdowns while also rushing for 59 yards and two scores. He becomes the only Maryland quarterback in the last 20 years with three passing touchdowns, two rushing touchdowns, and 350 or more passing yards in a single game.

QB Justin Fields, Ohio State
Fields has played in two games this season and he has made this list in both week’s performances. He continued his impressive season by throwing for 318 yards and four touchdowns in a 38-25 victory against No. 18 Penn State. Fields now has more than 550 passing yards, six passing touchdowns, and a better than 85% completion rate over his first two games of the season. Since 2000, West Virginia’s Geno Smith is the only other player to accomplish the same statistical feat when he did so in 2012. Smith would finish the 2012 season with 42 passing touchdowns, the highest amount in the entire NCAA.

RB Mohamed Ibrahim, Minnesota
In the same game that Funk went off, Ibrahim contributed a stellar performance for the Golden Gophers. Ibrahim would finish the overtime loss with 207 yards and four touchdowns on 41 attempts. He becomes the first Minnesota running back to have 200 rush yards and four rushing touchdowns since 2000. 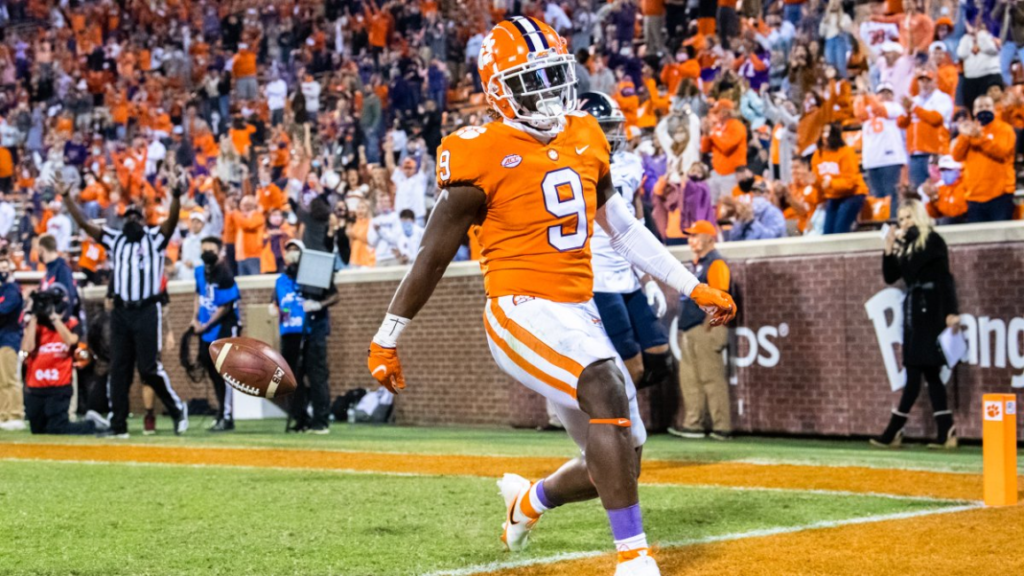 RB Travis Etienne, Clemson
With Clemson quarterback Trevor Lawrence out due to a positive COVID-19 test, Travis Etienne saved the day for the Tigers. He had 84 yards and a touchdown on the ground, but most of damage was as a receiver. Etienne caught seven passes for 140 yards and a touchdown in a 34-28 win over Boston College. Etienne broke Ted Brown’s ACC rushing record in this process. Brown’s record of 4,602 rush yards had stood since 1978. The Clemson senior now holds the record with 4,644 rush yards and will look to add to it during the rest of this season.

RB Breece Hall, Iowa State
This is now Hall’s second consecutive week on this top performance list. Hall had another impressive performance against Kansas. He finished the game with 185 yards and two touchdowns on the ground. He becomes just the eighth player since 2000 to have 100-plus rush yards and touchdown run in each of his team’s first six games of a season. Stanford’s Bryce Love was the most recent to accomplish the feat. Love did so in 2017.

RB Trey Ragas, Louisiana
Ragas was a big part of the Ragin’ Cajuns’ 44-34 victory over Texas State. He rushed for 131 yards and three touchdowns. Ragas had 147 combined rush yards in his previous three games — slightly higher than this week’s output. He becomes the second Sun Belt player this year to have 130 or more rush yards and three rushing touchdowns in a single game. Ragas joins Appalachian State’s Daetrich Harrington. 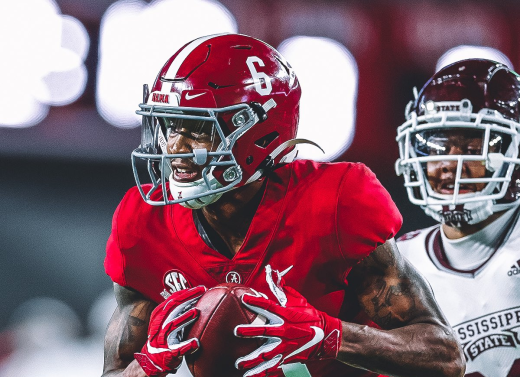 WR Ricky White, Michigan State
Freshman receiver Ricky White had a huge performance in just his second career college football game. White tallied eight receptions for 196 yards and a touchdown. White becomes the fourth Spartan since 2000 to have 190 or more receiving yards and a receiving touchdowns in a single game. R.J. Shelton was the the last Michigan State player to accomplish this feat. Shelton did so in 2016 against Northwestern. 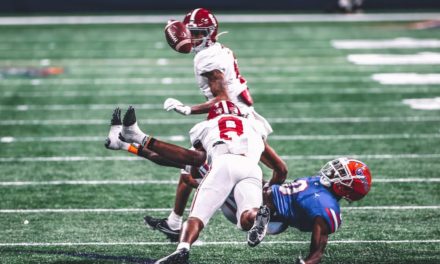 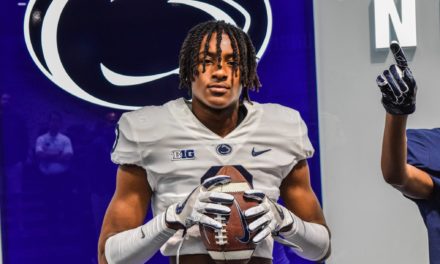 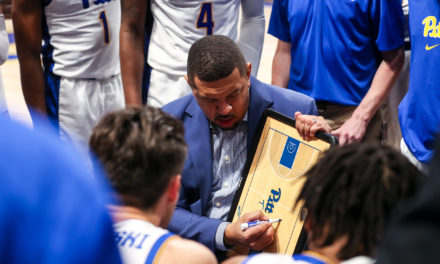 […] North Carolina Howell has now made this list in two of the past three weeks, being featured in Week 9 against Virginia along with this week’s comeback against Wake Forest. Howell led the Tar […]