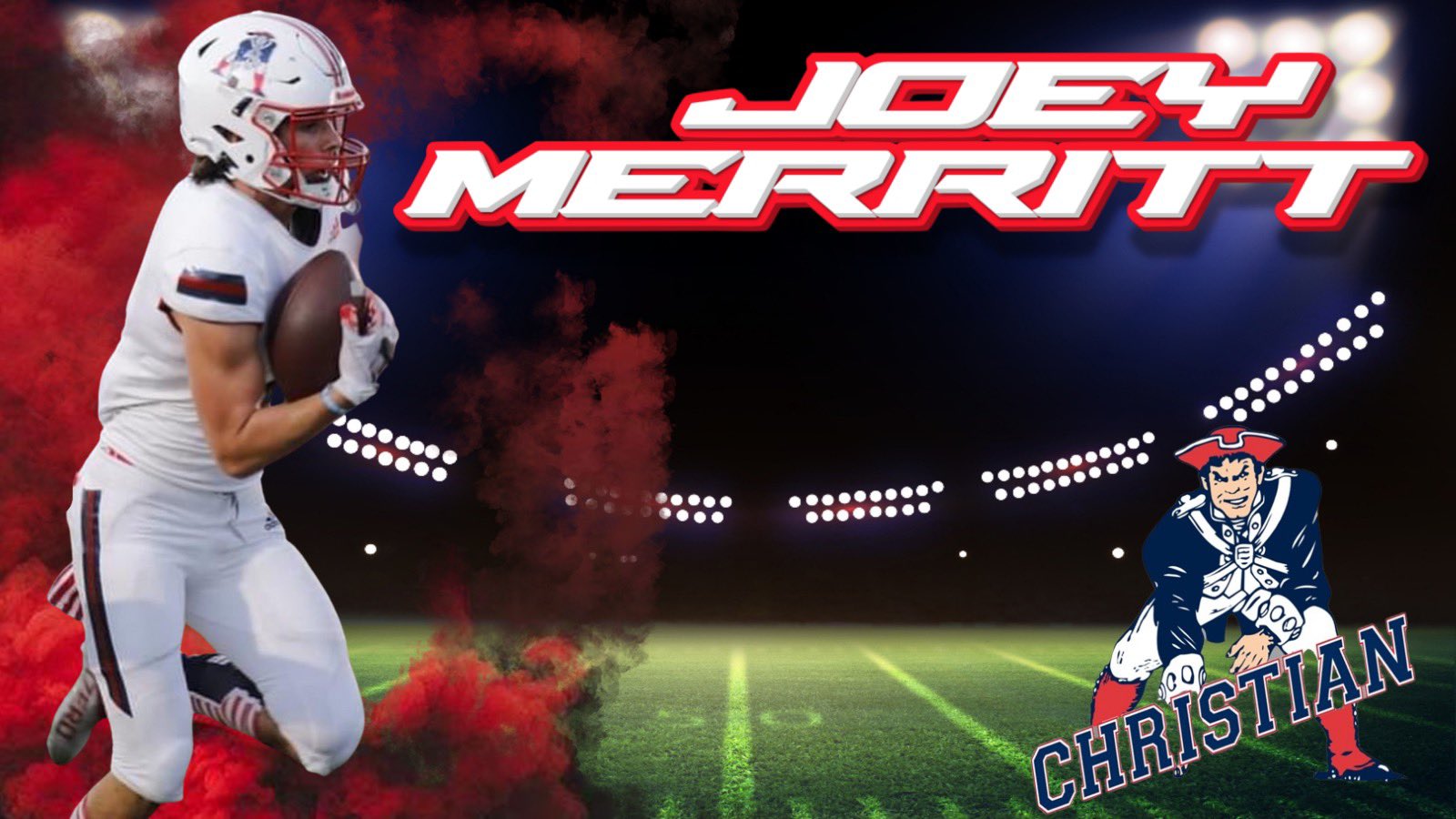 California has some of the top high school wide receiver prospects in the nation year after year.

This year, Christian High School in El Cajon adds to that list with 2-star prospect, Joey Merritt (@JoeyMerritt05). The junior caught 60 passes for 1,200 yards in 12 touchdowns last season. His year could have been even bigger.

“I have had some great receivers come out of the state,” said Coach Lou Perrone with the recruiting service, “My Recruits”. “I project this one to possibly be one of the best.”

Standing just under 6-foot-2 and weighing 180 pounds, Merritt’s frame is solid. He possesses top speed and a huge catch radius.

His hands measure at just under 10 inches. Currently ranked as one of the top 250 receivers in the Golden State, Merritt could be in for a record-breaking season.

Expect the interest in him to increase exponentially as his high school career wraps up.