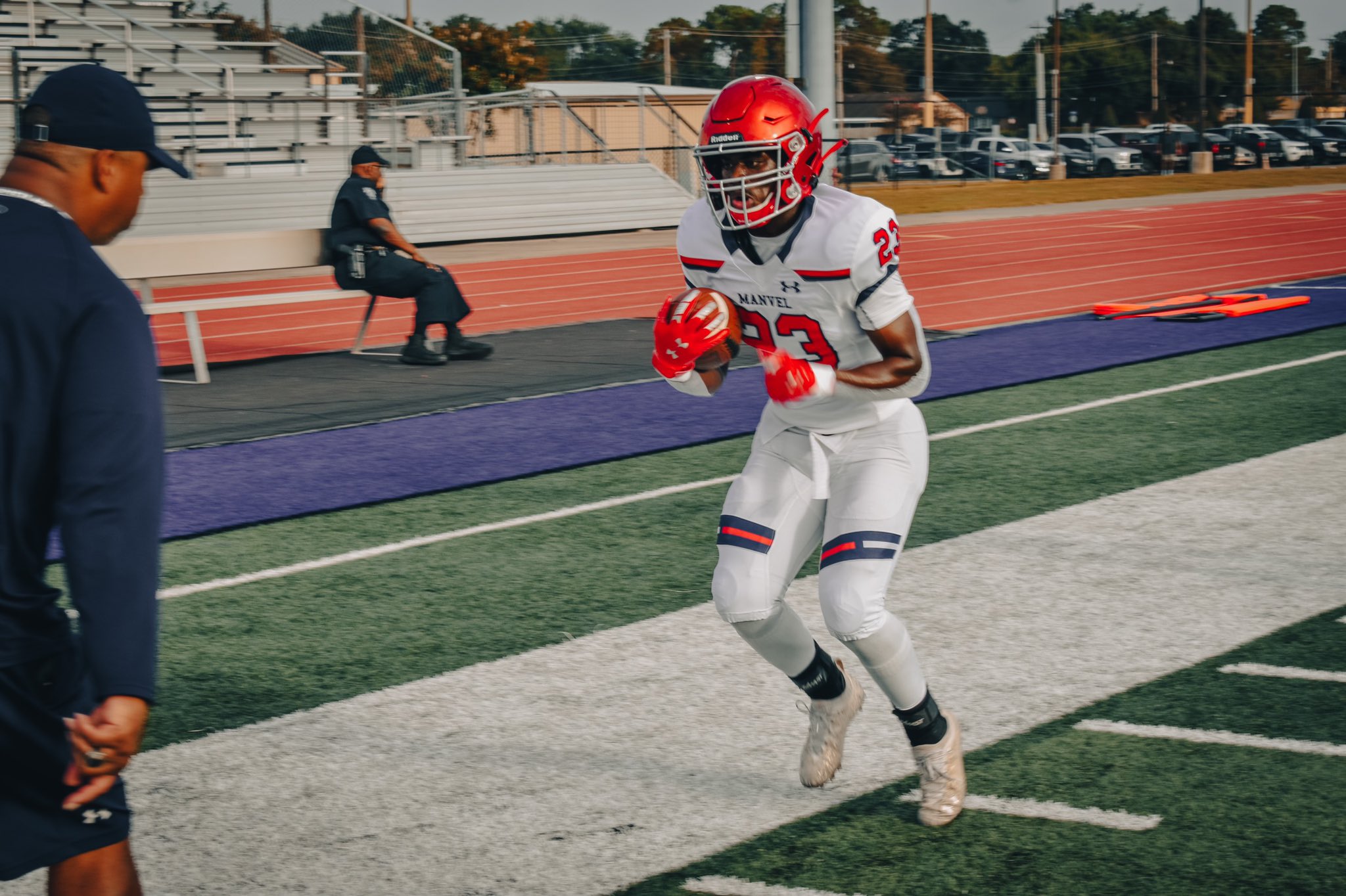 Ty Harris is one of the top running backs out of the great state of Texas. As a junior, Harris earned first-team all-district honors with 1,300 yards and 13 touchdowns.

As a senior in 2021, Harris had another big season for Manvel High School. He finished the year with 700 yards rushing, 11 touchdowns and was named second-team all-district.

However, there is so much more to this young man then just football. Harris is a volunteer who helps provide food, clothing, and other supplies. He currently holds a 4.0 grade-point average with an 1160 SAT score. As for college, he plans on majoring in engineering.

His stats in the classroom are obviously impressive. His numbers is on the football field aren’t half bad either. Harris runs a laser-fast 4.5-second 40-yard dash and an eye-opening 10.8 100-yard.

Harris currently holds offers from Ivy League schools like Harvard and Dartmouth. However, Harris is looking to stay in-state. He has already been accepted into the University of Houston’s engineering program. Stephen F. Austin University and Tarleton State have also shown interest.

One thing is for sure: wherever this young man lands, that school will not be sorry about giving him the opportunity. Harris has been working with Coach Lou Perrone and “My Recruits”, which helps place athletes from around the country in college. Coach Perrone believes that Harris has a very bright future.

“Some guys just have every tool in the toolbox,” he said. “Ty is a perfect example of that.”