CFB Flashback: 15-Year Anniversary — No. 1 USC Rallies From 18 Down to Top Arizona State 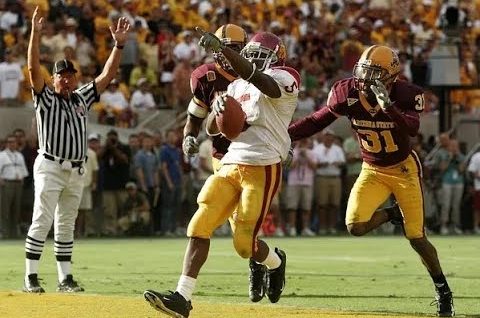 For the middle parts of the 2000s, USC was the premier program in college football.

From 2003 to the end of the 2005 season, the Trojans claimed two national championships and won 34 straight games. There were however, plenty of close calls along the way.

One of those came on this day 15 years ago. On the road against Arizona State, USC rallied from 18 points down in the second half for a 38-28 victory.

The top-ranked Trojans had won 25 games in a row as they arrived at Sun Devil Stadium on Oct. 1, 2005. Led by reigning Heisman Trophy winner Matt Leinart, eventual Heisman winner Reggie Bush and a plethora of play-makers, USC was 3-0. USC had outscored its first three opponents 178-47 and was coming off a 45-13 win over a ranked Oregon team.

Arizona State was 3-1 and ranked No. 14. The lone loss for the Sun Devils had been a 35-31 heartbreaker against LSU early in the season. For more than a half however, it looked as though Arizona State was on its way to a signature win.

When things were halfway over in Tempe, Arizona State was ahead 21-3. Terry Richardson’s 83-yard punt return for a touchdown had set the tone for Arizona State.

The Sun Devils added to their lead on a touchdown pass from Sam Keller to Jamaal Lewis and a touchdown run from Keegan Herring. All USC could muster for a half was a field goal from Greig Carlson.

Down 18 as the second half got underway, it didn’t take long for USC to make it a game. Before the midway point of the third quarter, the Trojans had crawled to within four.

LenDale White’s 32-yard touchdown run capped an 80-yard drive to open the second half. After a punt and an exchange of turnovers, Bush capped a 4-play, 64-yard drive with a 24-yard touchdown. With less than nine minutes remaining in the contest, USC took its first lead.

The Trojans were unable to take advantage of a turnover on downs or Keller’s second of five interceptions. Instead, it was an 11-play, 89-yard march that took more than five minutes off the clock. Leinart’s 1-yard touchdown run gave USC a 24-21 advantage.

It took less than three minutes for Arizona State to answer. Keller capped a 70-yard drive with a 1-yard touchdown pass to Lee Burghgraef to put the Sun Devils back in front 28-24 with less than six minutes remaining.

Down four and 80 yards from the lead, USC needed just five plays to go ahead for good. Bush started the drive with a 14-yard run and capped it with a 34-yard touchdown run. With 3:44 remaining however, there was time for Keller and the Sun Devils.

On the second play of the ensuing Arizona State drive, Kevin Ellison came up with the biggest defensive play of the game. His interception near midfield gave the ball back to the Trojans. Three plays and 56 yards later, White’s 46-yard touchdown run put the contest away.

The exclamation point came in the final minute when John Walker intercepted Keller in the end zone. It was the fifth interception for Keller.

USC finished the day with 631 yards of offense with 373 of those coming on the ground. White and Bush combined for 355 yards on 36 combined carries. Each found the end zone twice.

Keller passed for 347 yards in the loss, but was intercepted five times. Arizona State’s Derek Hagan led all receivers with 10 catches for 162 yards.

For Arizona State, the loss would begin a downward spiral. The Sun Devils would lose their next two games to fall to 3-4 on the year.

Arizona State was able to win four of its final five games to complete a winning season. It was capped with a 45-40 win over Rutgers in the Insight Bowl.

The 2005 season would be one of close calls for USC. USC rallied in the fourth quarter for wins over Notre Dame and Fresno State during a 12-0 regular season. The campaign ended with a heartbreaking 41-38 loss to Texas in the Rose Bowl for the BCS National Championship.

Although the Trojans were unable to complete the national championship 3-peat, the season offered plenty of memorable moments. The biggest comeback from that season took place on this day 15 years ago. 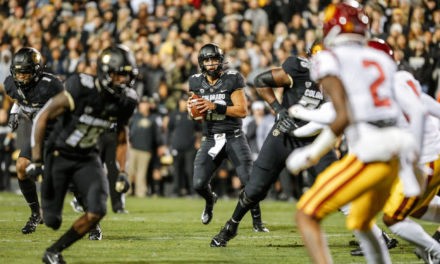 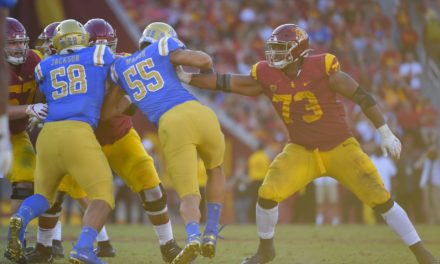 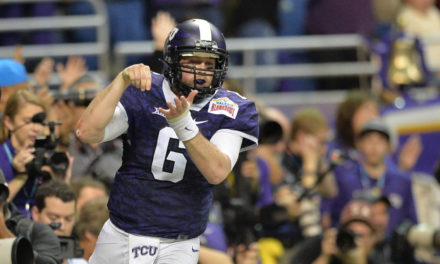 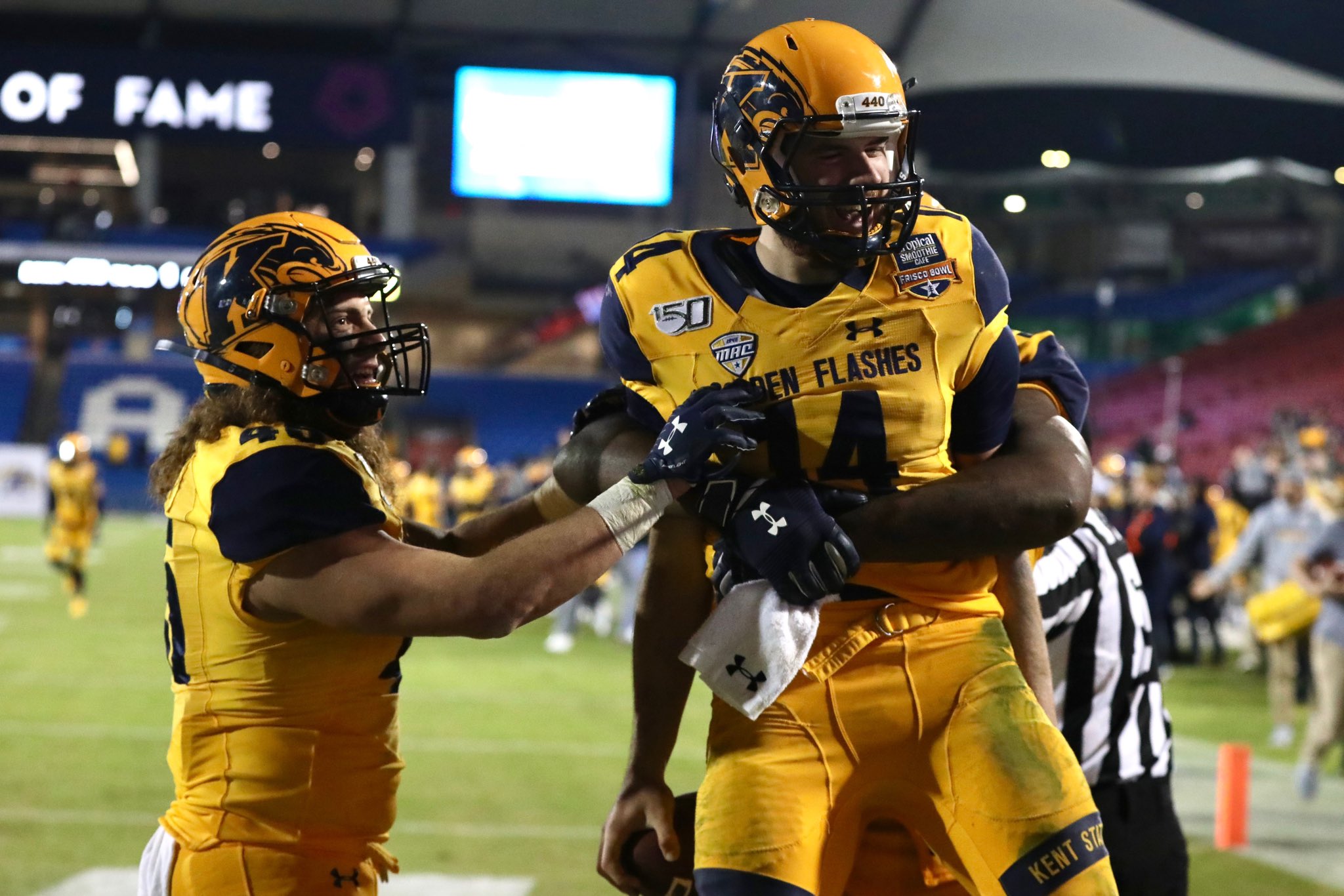