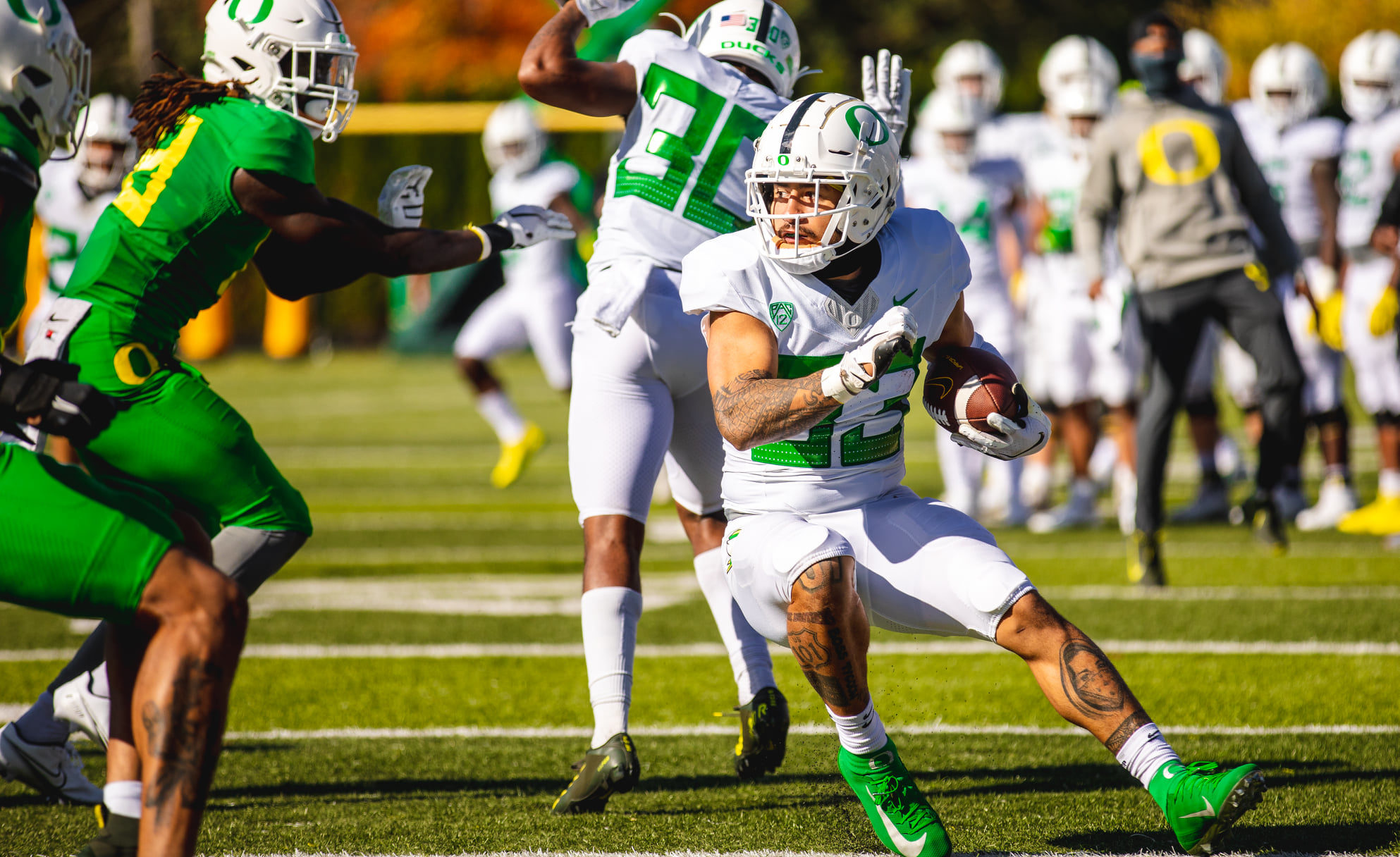 While it’s not much, it’s certainly better than nothing. We now have all Power 5 conferences back in action.

After talking to each of the PAC-12 Coaches in a Zoom Conference this past October, we have a pretty good understanding of who we think will finish where this season. While you’re waking up waiting for Arizona State-USC to kick at 9 a.m. local time, take a look at our projected standings for the 2020 PAC-12 Season.

The Ducks lose Justin Herbert. But Tyler Shough will step into that role just fine, and Mario Cristobal will steer Oregon to another North Division Title.

The Golden Bears’ season opener has been called off due to COVID concerns. Justin Wilcox is doing a fantastic job in Berkeley building the program back up, and that momentum will continue this season.

Out goes Chris Petersen, in comes Jimmy Lakes. Lakes previously served as the Huskies’ Defensive Coordinator and was Petersen’s hand-picked successor. Washington will have a solid team in 2020, but losing Jacob Eason and their top two receivers from last year will keep them at 3rd in the North.

We’re not used to seeing the Cardinal be this low in the PAC-12 North. While David Shaw may be one of the most respected coaches, he  doesn’t have the defensive talent to get it done this year in Northern California.

Mike Leach moves on to Mississippi State, and Nick Rolovich comes in from Hawaii. He’ll do fine in Pullman, but the transition year will be in full swing this season, resulting in the Cougars finishing 5th in the North.

The Beavers’ talent doesn’t measure up to the rest of the division. Oregon State hasn’t won the division in 20 years, and it may be awhile before Jonathan Smith and company are ready to contend for another one.

The Trojans will be a solid team this upcoming season. Clay Helton finally has things trending in the right direction in Los Angeles. He adds former Texas DC Todd Orlando for the same position. This should allow USC to take major strides this season.

The Week 1 matchup between the Sun Devils and Trojans is going to be spectacular. Herm Edwards’ team could easily challenge USC for the South Division title. Quarterback Jayden Daniels is one of the best in the league, and he’s poised for another great year in his sophomore campaign.

Another team that had their opener cancelled. The Utes and Kyle Whittingham reached a huge extension through 2027. While that may be great for the future, it won’t help him now as they’ll finish 3rd in a division that’s USC and Arizona State, then everyone else.

This is a year Chip Kelly and the UCLA Bruins could make some noise. While they clearly aren’t the most talented, a 6-game season may allow Kelly to work some magic, and slip their way up the standings in the South.

Another new guy in town. Former UCLA Head Coach Karl Dorrell takes over in Boulder after the departure of Mel Tucker. The Buffs will need KD Nixon and Dimitri Stanley to have big years hauling in receptions, and Alex Fontenot to have a solid year in the backfield. If all three can have good years, Colorado will put points on the board. The real problem is how many they allow on defense.

The Wildcats really have not made much noise since Rich Rodriguez left. While Kevin Sumlin seems like a splashy hire, he still needs time to get things going. Some of that time will be spent this year in the cellar of the PAC-12 South.