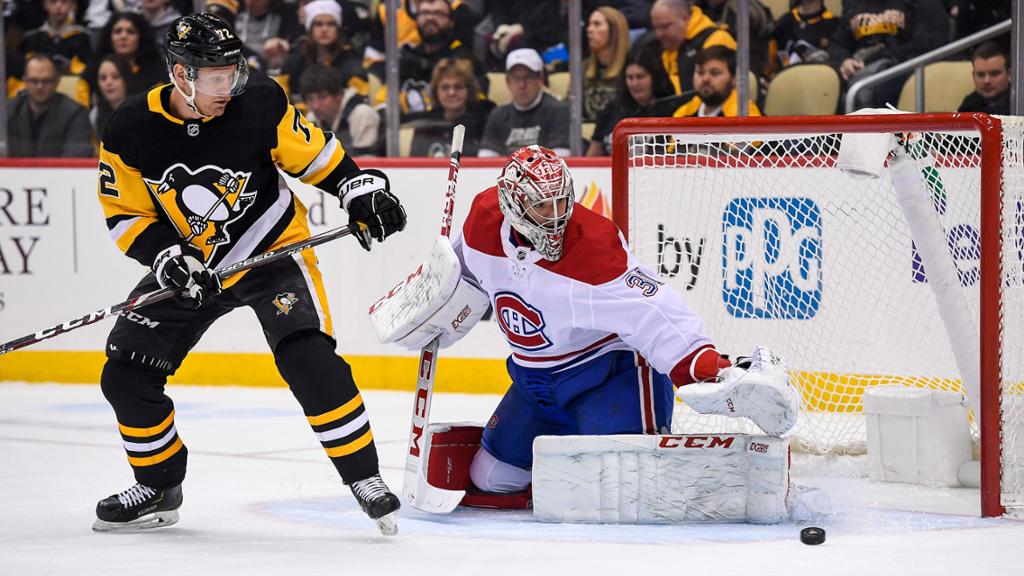 The team that narrowly missed the round robin and the team that managed to secure the last playoff spot in the Eastern Conference will square off in a best-of-five qualifier.

The fifth-seeded Pittsburgh Penguins will take on the No. 12 seed Montreal Canadiens in Toronto. It will be the first playoff meeting between the teams since the 2010 Eastern Conference Semifinals.

In their three regular-season meetings, the Pittsburgh Penguins took won two of the three match-ups. The match-ups between these two teams have been fairly even, with Montreal taking the first meeting, 4-1. The Penguins took the next two, including one game that went into overtime.

In the first match-up on Dec. 10, Jake Guentzel opened up the scoring for the Penguins in the first period. From that point on, it was all Habs. Tomas Tatar tied it up with eight minutes to go in the second period with Joel Armia and Shea Weber following it up with their own goals late in the second period. Brendan Gallagher iced the game with two minutes to go in the third period.

The second match-up on Jan. 4 was a different story. Artturi Lehkonen opened up the scoring halfway through the first period. Zach Aston-Reese would tie the game for the Penguins less than a minute later. Lehkonen would strike again to put the Habs up 2-1 early on in the second period, but that lead wouldn’t hold. Bryan Rust would score the game-tying goal five minutes into the third period. Brandon Tanev then scored the overtime winner for Pittsburgh.

The Penguins weren’t showing the Canadiens much love during their final match-up on Valentine’s Day. Kris Letang opened up the scoring seven minutes into the second period. Jason Zucker would follow with two minutes to go in the middle frame, but Tatar made it 2-1 just 66 seconds later. Zucker would proceed to restore the two-goal lead 36 seconds after Tatar’s goal. Aston-Reese iced the game for the Penguins with less than two minutes to go in the third.

These match-ups have been a fairly mixed bag, but the most prevalent feature in all of these match-ups is that it’s going to take at least three goals to win a game. That’s especially true with Pittsburgh’s high-powered offensive attack. How these teams play offensively is going to dictate how this series is going to go.

The Pittsburgh Penguins finished the season 40-23-6 and were one of the most well-rounded teams in the league. For a team that suffered a myriad of injuries throughout the season, including an extended period of time without Sidney Crosby, the Penguins fared well in most statistical categories.

The Pens ranked in the middle of the pack in both goals for (13th) and goals against (11th). Pittsburgh also featured a mid-tier special teams unit, having the 16th-ranked power play and the 10th-ranked penalty kill.

With a healthy lineup going into the Stanley Cup qualifiers, expect the Penguins to be a bit better on both sides of the ice.

The Penguins’ offense runs through their superstar two-headed monster that is Crosby and Evgeni Malkin.

Malkin led the Penguins in points this season, scoring 25 goals and totaling 74 points while only playing in 55 of the Penguins’ 69 games. Crosby was third in points for the Pens, scoring 16 goals and 47 points in just 41 games.

The man who finished second in points may come as a surprise to some. Bryan Rust scored a team-leading 25 goals and added 29 assists for 56 points in 55 games. Rust’s previous career high was 38 points, but he was a huge part of the Penguins getting through Crosby’s extended absence.

Jake Guentzel, who only saw 39 games of action this season, will also be back for this series. He scored 20 goals and had 43 points during his injury-shortened campaign.

On defense, the Penguins have always reliable offensive defenseman Kris Letang leading the pack. He scored 15 goals and tallied 44 points in 61 games this season.

Letang’s supporting cast consists of rookie John Marino, who had a solid first campaign on both sides of the ice, Justin Shultz, Marcus Pettersson, Brian Dumoulin, and Jack Johnson.

That defense core does seem weak on paper, but they get the job done behind that spectacular offense.

In net, the Penguins will likely start 25-year-old Tristan Jarry. Jarry finished with a 20-12-1 record with a 2.43 goals-against average and a .921 save percentage.

The 31-31-9 Montreal Canadiens were the least successful of the teams that were invited to the Stanley Cup qualifiers. It shows on both sides of the ice.

The Habs were in the bottom half of the league in goals for (18th) and goals against (24th) while having the 22nd-ranked power play and the 19th-ranked penalty kill.

Although the Canadiens have no clear superstar offensively, they are a fairly deep team. Tatar led that deep corps this season, scoring 22 goals and 61 points in 68 games.

On defense, the Canadiens boast a solid duo of Shea Weber and Jeff Petry. Weber scored the most goals out of all defensemen on the roster with 15 while Petry had the most points out of all Habs’ defensemen with 40.

Ben Chiarot and Victor Mete are both quality top-four defensemen, but the Habs’ bottom pair is a bit of a concern.

The Habs live and die by Carey Price, who didn’t have his greatest season. Still, Price has been consistently one of the best goaltenders in the league for the past decade.

This season, Price went 27-25-6 with a 2.79 goals-against average and a .909 save percentage. If he plays more as he did throughout his prime, the Canadiens could be dangerous.

With that being said, this series is fairly easy to predict. The Penguins will win in four.

It’s not hard to see Price stealing a game for Montreal in this best-of-five series, but the Penguins have them beat in nearly every other aspect on the ice.

If the Penguins’ big guns go cold during this series, Montreal may have a chance to take more than one game. It’s hard to see that being the case, especially when the Pittsburgh roster is well-rested and healthy.

With that being said, Crosby is the main player to watch in this series. If Montreal can shut him down as the New York Islanders did in their sweep of the Penguins last year, the Habs could have a shot of winning this series.