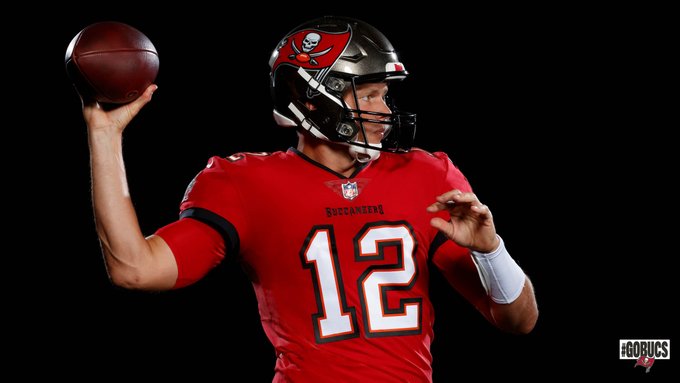 In the most anticipated move of the offseason, quarterback and 6-time Super Bowl champion Tom Brady moved from New England to sunny Florida.

Brady is set to make his debut for the Tampa Bay Buccaneers on Sunday as they travel to take on the New Orleans Saints. Brady will have a talented cast of skill players around him. That includes Mike Evans, Chris Godwin and newly-signed Leonard Fournette and Rob Gronkowski.

The Buccaneers went 7-9 last season with former No. 1 overall pick Jameis Winston under center. Winston passed for more than 5,000 yards, but was intercepted 30 times. Now 43 years old, Brady had his lowest passer rating last season since 2013 and his fewest passing yards since 2010.

Led by another future Hall of Fame quarterback in Drew Brees, the Saints are coming off a 13-3 finish in 2019. Unfortunately for New Orleans, it was defeated by the Minnesota Vikings in overtime in the NFC Wild Card round.

Brees’ top target will be Michael Thomas. Last season, Thomas led the NFL with 149 receptions and 1,725 yards receiving. Alvin Kamara is also a versatile back that should give the Buccaneers trouble.

The Saints took both contests between the teams last year and three straight dating back to 2018. The last Tampa Bay win came in New Orleans in a 48-40 shootout to open 2018.

Sunday’s contest begins at 4:25 p.m. ET and will air regionally on FOX.

UAB (1-0) at Miami (0-0)
Thursday, Sept. 10 at 8 p.m. ET (ACC Network)
Miami has lost two straight contests to Conference USA schools, but the Hurricanes are at home for this one and upgraded at quarterback with the addition of Houston transfer D’Eriq King. Since reviving its football program, UAB is 0-3 against Power 5 schools.
Prediction: Miami 41, UAB 10

The Citadel (0-0) at South Florida (0-0)
Saturday, Sept. 12 at 7 p.m. ET (ESPNU)
Like Florida State, South Florida is breaking in a new coach as Jeff Scott comes over from Clemson. The Citadel went just 6-6 a season ago, but did upset Georgia Tech in Atlanta.
Prediction: South Florida 26, The Citadel 16

Kevin Fielder and Cory Thorpe contributed to this article